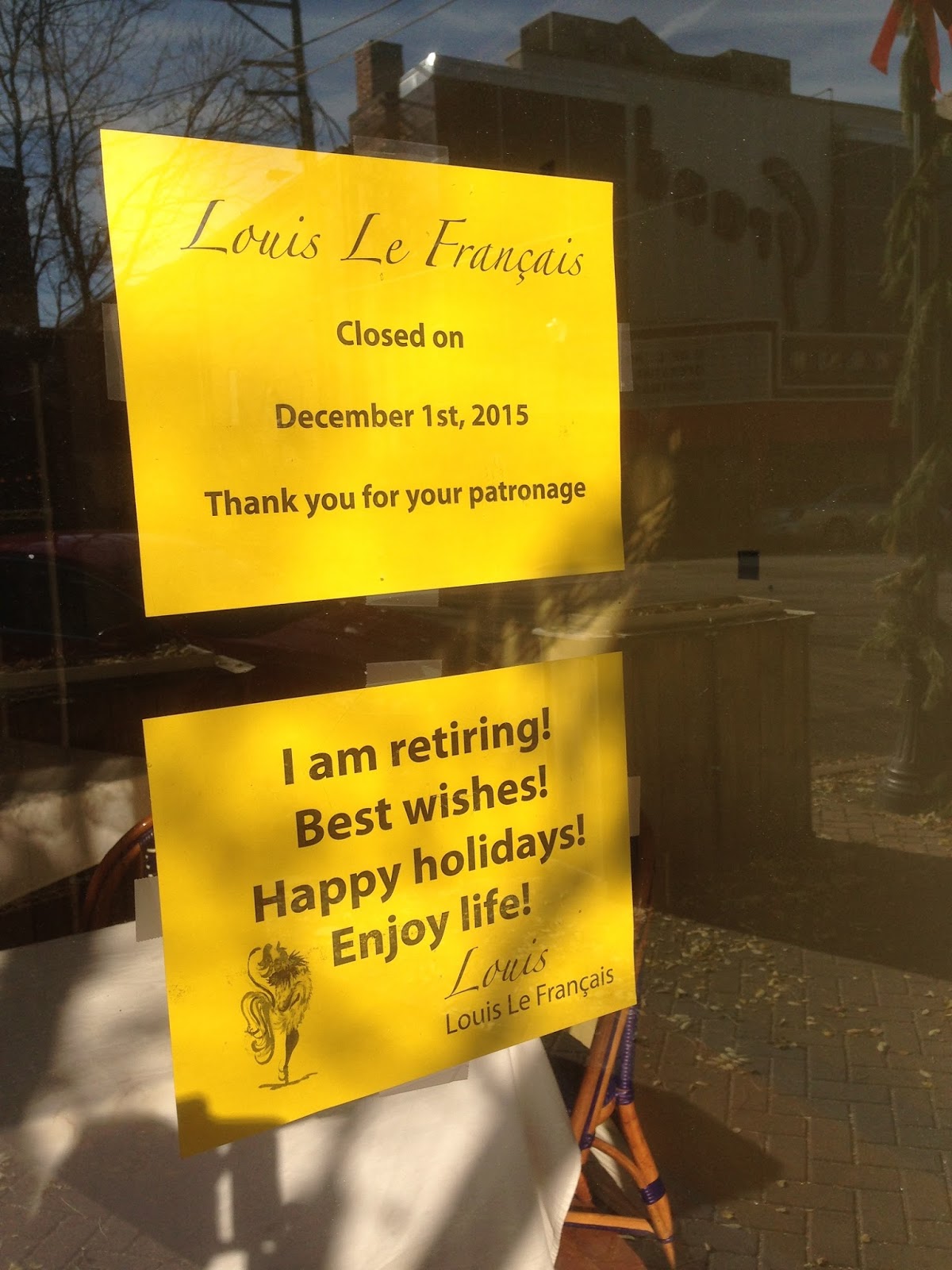 (Retailleau) says the bright hues are typical colors of his native southwest France. “They are happy colors, the sun, the sky, the earth.”

Louis did at least one Bastille Day shindig along the way, and we did a beer dinner there in March, 2012:

This was the menu. Guest writer Shane Campbell summarized it in two stellar submissions.

A Grand Pairing, Part One.

Best wishes to Louis in retirement.