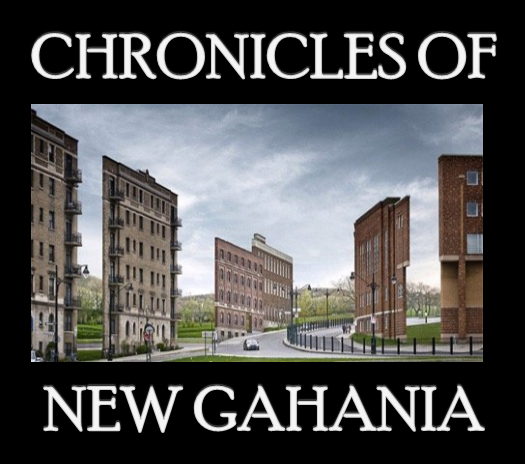 
Pat, take our advice. There are times when you have to dig deep, bite the bullet, and tell Dan Coffey to shut the fuck up.

New Albany’s city council is like a long-running television series that somehow manages to score high enough ratings for renewal, albeit with numerous ups, downs, plot twists and cast changes.

Think of Saturday Night Live, and how it can be safely ignored for years, then again merit attention following a reboot of cast and chemistry.

On Monday night, a young man (“X”) was chatting with me during an impromptu intermission, as signaled by the council president at the conclusion of a ceremony recognizing attending high school basketball champs from New Albany High School – from which every last city council member graduated.

No, this isn’t the time for a digression as to the hazards of marrying one’s first cousin.

It turns out that our Bulldogs are winners in more ways than one, because they were first on the agenda, feted and then allowed to leave, sparing them the indignity of being forced to endure the remainder of the meeting.

Some kids have all the luck. I went to Floyd Central. So did Attorney Gibson, though we’re very different people.

Anyway, X told me he’d attended a few meetings before, and the last time he was there, Coffey and former councilman John Gonder “really got into it.” He asked me whether such a spectacle might occur now that Gonder no longer is present, having been dumped for being a genuine Democrat by a mayor who absolutely isn’t.

Oh, yes, I replied. A thousand times, yes. As long as the Copperhead shakes, rattles and boors, manners will remain on thin ice.

You’ve probably heard about athletes who have so much ability that they make everyone else on their team play better. Coffey’s just the opposite, a dysfunctional poli-toxin that pulls everyone down to his level, over there by that grate clogged with cigarette butts and Big Gulp cups.

Coffey is like poison ivy spores drifting through the heavy summer air; you didn’t get anywhere near it with the weed whacker, but still your leg gets all corrupted with nasty welts.

Note that public speaking time continues to be allowed only at meeting’s end, effectively discouraging speaking by the public, few of whom merit treatment as courteous as that afforded winning basketball teams.

Love him or hate him, you simply can’t deny how hard Coffey works to memorize those delightful theocratic/fascist GOP tropes.

A experienced orator, Bell actually was able to complete two, maybe three sentences before Coffey lashed out, first denying that he’d ever written any such words (a diligent Bell possessed pesky screenshots), then yelling the very words he denied having used, something about transgendered child molesters in unisex toilets … and you see, here’s the thing, Pat.

You’re not council president solely to run interference for the wise and powerful Gahan’s chosen program of paving monetization.

You’re not even there to act as Adam Disney’s gee-whiz magic kingdom surrogate.

You’re there to run the meeting, Pat.

Coffey outbursts of New Albanian Id are eternal, but public speaking time is limited to a few minutes. It’s hard enough to convince a citizen to come to a council meeting and sit two hours patiently waiting for his or her turn, but when the turn finally comes, those precious minutes belong to the citizen, not to Coffey.

And yet, it plays out the same way virtually every time. A citizen addresses the council, Coffey interrupts, a junior high school lunchroom farce breaks out — and the council president sits there, looking hopelessly confused.

Pat, in this situation, your job is to tell Dan Coffey to shut the fuck up and WAIT HIS TURN.

That’s what leaders do, and no, you needn’t wait for instructions from the mayor to do what you’re supposed to do as president of the council. Curb, neuter and muzzle; move forward. A grateful city will thank you.

While we’re on the topic, don’t tell me that you’re giving Coffey enough rope to hang himself, because he’s always behaved precisely the same non-housebroken way, whether posing as the mayor’s best slush buddy or declaring his independence from political party control – and you’ve always allowed it.

Stop doing that, Pat. But don’t stop stopping there. Stop the council’s anti-intelllectual laziness. What city council really needs is a defined code governing its workplace demeanor. Call the code what you will – behavioral, decorum, civility, whatever. The salient point is that workplace bullies and pathological retrogrades like Dan Coffey cannot be held to a professional standard of behavior when there are no such standards in place.

Put them in place, Pat. You’ll be thanked again by a populace tired of being interrupted.

(In the next installment of Chronicles of New Gahania, I’ll make the case for Southern Indiana Equality having better things to do with its valuable time than hector Dan Coffey)

Ch. III … The ED and the BC chart the arc of the sun as it climbs the New Gahanian sky.

Ch. II … Video Jeff: We hired a study, not an engineer named Speck, ‘cuz we want to be, uh, “a great place to be safe” — and there’ll be announcements soon, so WATER PARK.

Ch.  I … In which we reveal EXACTLY how to evade those pesky bureaucratic parking requirements.