Welcome to another installment of SHANE’S EXCELLENT NEW WORDS, a regular Wednesday feature at NA Confidential.

But why all these newfangled words?

Why not the old, familiar, comforting words, the ones that worked so well during the glory days, before inexplicably naked greed kicked in like a bond-issue-percentage speedball, knocking you back into the turnbuckles but feeling oh so good, and now as the Great Elongated and Exasperated Obfuscator in the comic book series, you teach detailed principles of banking to bankers, at least when not otherwise occupied making healthy deposits into your own account?

Thankfully, even if one toils for the Sun of the Democratic Future, a healthy vocabulary isn’t about intimidation through erudition. Not at all. Rather, it’s about selecting the right word and using it correctly, whatever one’s pay grade or station in life.

Municipal corporate attorneys reaping handsome remuneration to suppress information and to squelch community dialogue also can benefit from this enlightening expansion of personal horizons, and really, as we contemplate CPIs, IUDs and IOUs, all we really have is time — and the opportunity to learn something, if we’re so inclined. 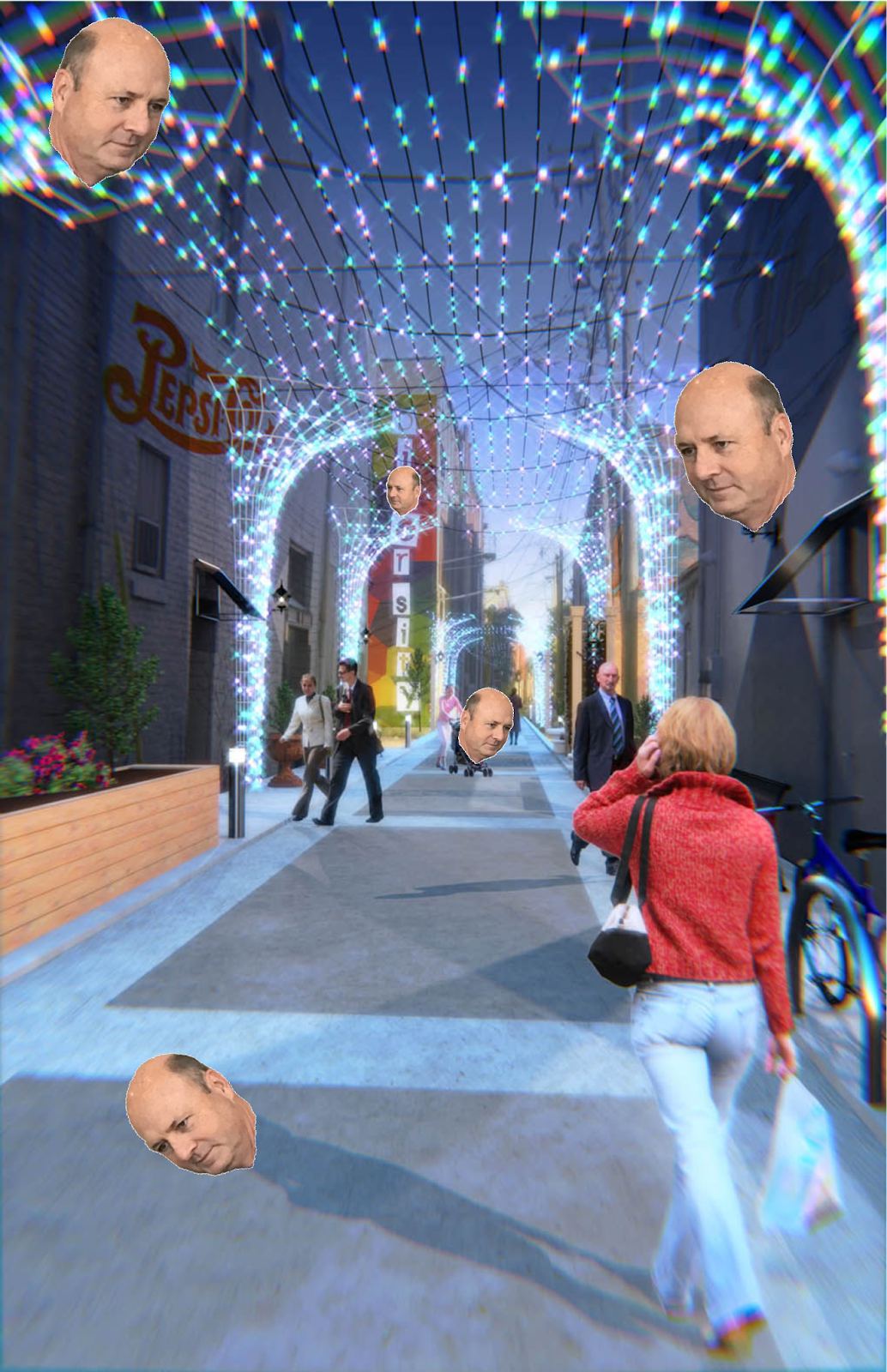 … but garnering free column inches at the Hansonator.

New Albany approves bid to transform alley into “more of a place” … “it’s going to be a really cool project.”

Of course, dozens of city streets remain inadequately illuminated on a daily basis, which does nothing to enhance public safety, but I digress.

It would be useful if either David Duggins or the newspaper explained what is meant by “more of a place” in the context of gentrifying an alley, and because neither has done so, this week’s word is placemaking.

We turn to the Project for Public Spaces for a basic, working definition.

WHAT IF WE BUILT OUR COMMUNITIES AROUND PLACES?

As both an overarching idea and a hands-on approach for improving a neighborhood, city, or region, Placemaking inspires people to collectively reimagine and reinvent public spaces as the heart of every community. Strengthening the connection between people and the places they share, Placemaking refers to a collaborative process by which we can shape our public realm in order to maximize shared value. More than just promoting better urban design, Placemaking facilitates creative patterns of use, paying particular attention to the physical, cultural, and social identities that define a place and support its ongoing evolution.

With community-based participation at its center, an effective Placemaking process capitalizes on a local community’s assets, inspiration, and potential, and it results in the creation of quality public spaces that contribute to people’s health, happiness, and well being.

Wait, what was that?

With community-based participation at its center …

Unfortunately, the rigid planning processes of the 20th century have become so institutionalized that community stakeholders rarely have the chance to voice their own ideas and aspirations about the places they inhabit. Placemaking can break down these silos by showing planners, designers, and engineers the broad value of moving beyond the narrow focus of their own professions, disciplines, agendas. Experience has shown us that when developers and planners welcome this kind of grassroots involvement, they spare themselves a lot of headaches. Common problems like traffic-dominated streets, little-used parks, and isolated or underperforming development projects can be addressed – or altogether avoided – by embracing a model of Placemaking that views a place in its entirety, rather than zeroing in on isolated components.

Using the newly monetized alley project as the most recent example of a long-term trend, we find that community-based participation is almost entirely lacking, and community stakeholders largely excluded from voicing “their own ideas and aspirations.”

Consequently, the alley running between Spring and Main will be transformed into a “place” that reflects the “ideas and aspirations” of a relatively small number of elected and appointed officials.

This may constitute kingmaking or sausage making, David, but it isn’t placemaking. 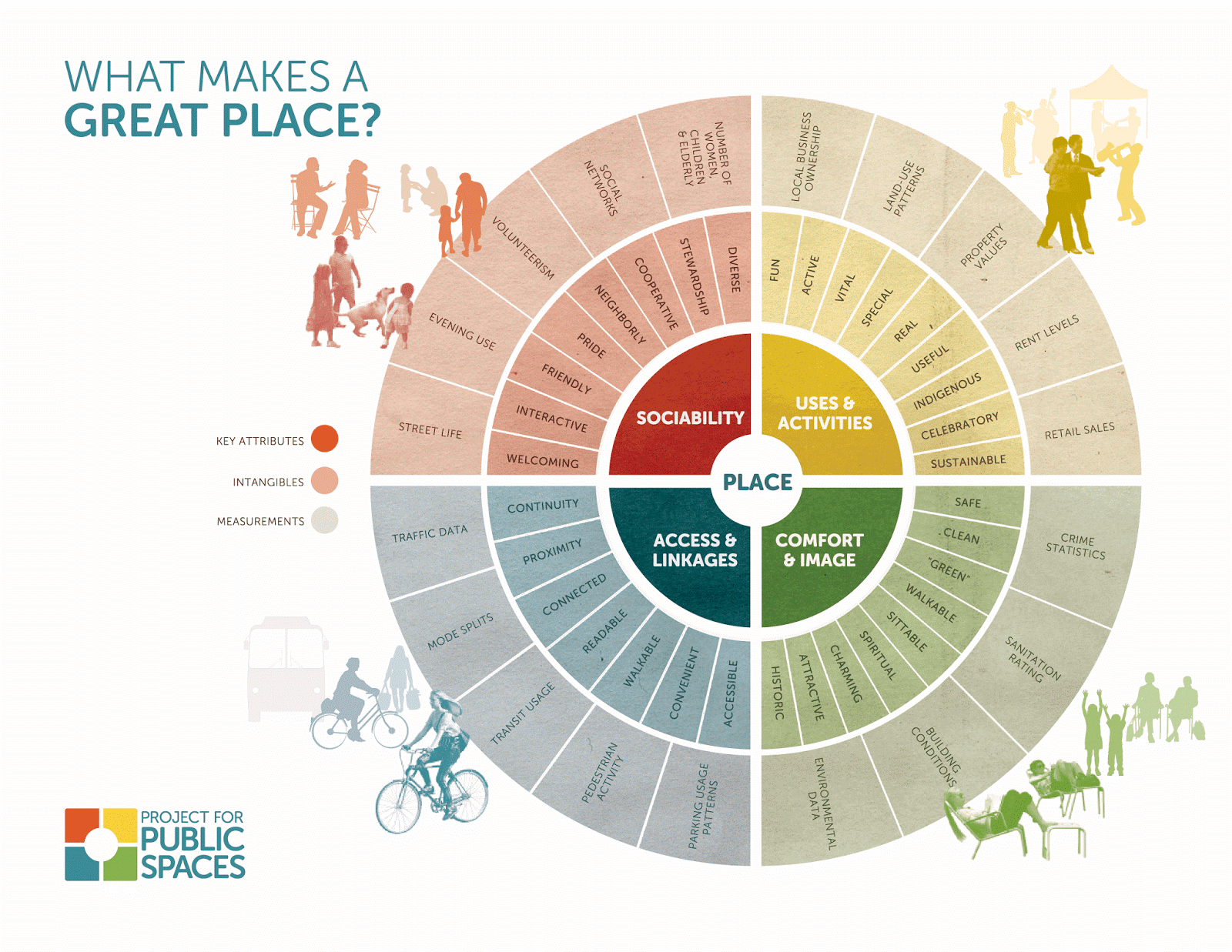