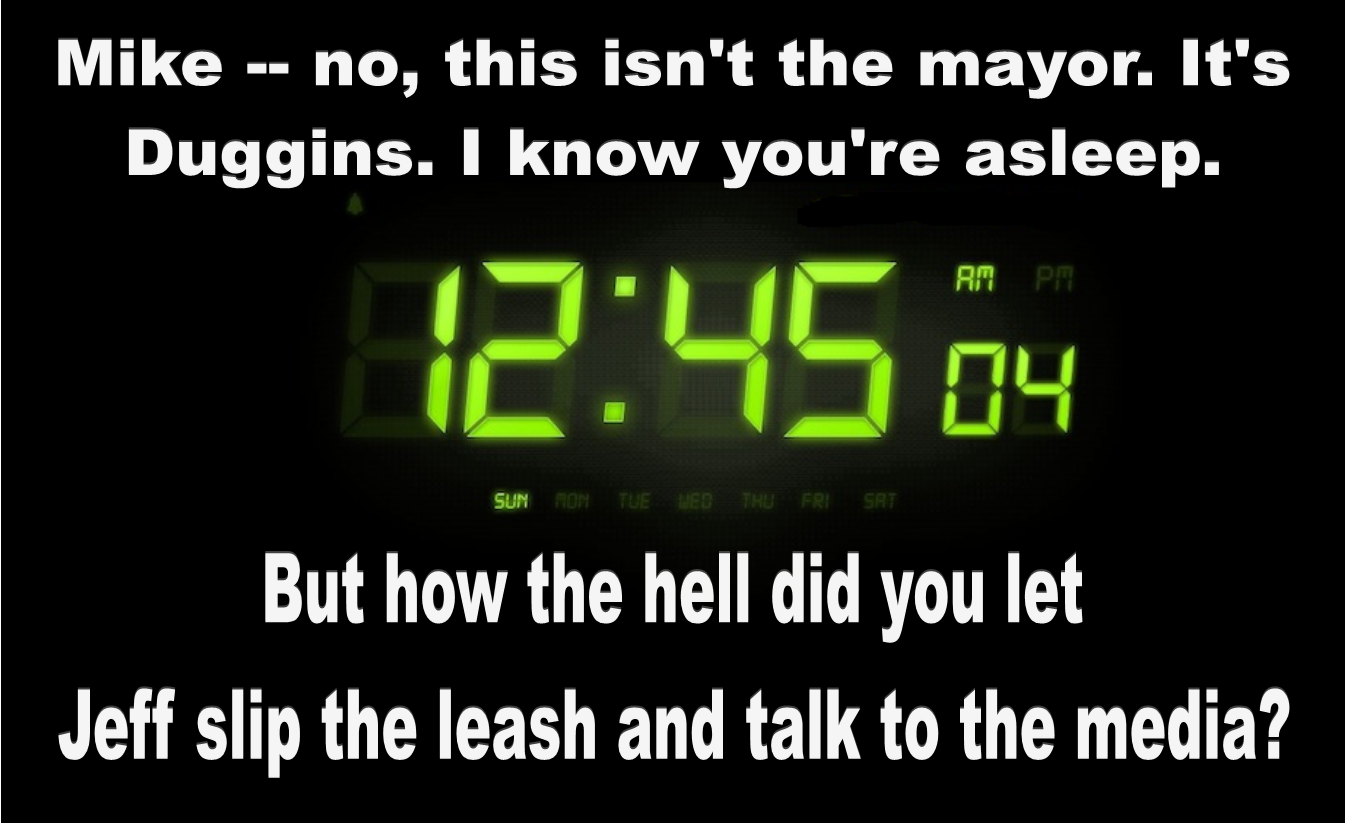 Yes, stadia is the plural noun.

In which Jeffersonville’s Mike Moore says the right thing and cuts directly to the chase, while Jeff Gahan is … yep, you guessed it, ‘cuz he’s unavailable for comment.

Time to move on, folks.

Neace said “New Albany is not a frontrunner. We’re down to two sites. Both those preferred sites are in Louisville.” He said the team listened to New Albany’s pitch but that plan is not the team’s preference.

New Albany Mayor Jeff Gahan did not immediately respond to a request for comment. Mike Hall, a spokesman for Gahan, said the mayor met with Neace at the end of December and presented three possible locations for a stadium in New Albany. He said talks were still in the preliminary stages and did not know which locations were discussed.

Moore said the team is using talks with Southern Indiana cities as a negotiation tactic to gain leverage over Louisville and that he texted Louisville Mayor Greg Fischer on Aug. 30 about Neace’s offer.

“I think it’s a ploy to get Louisville to ante up,” Moore said. “Jeffersonville is not interested in stealing Louisville’s soccer team.”

New Gahania Luxury Stadia: Moore tells it straight, so can this soccer story possibly get any more entertaining?

And it’s only January 4.