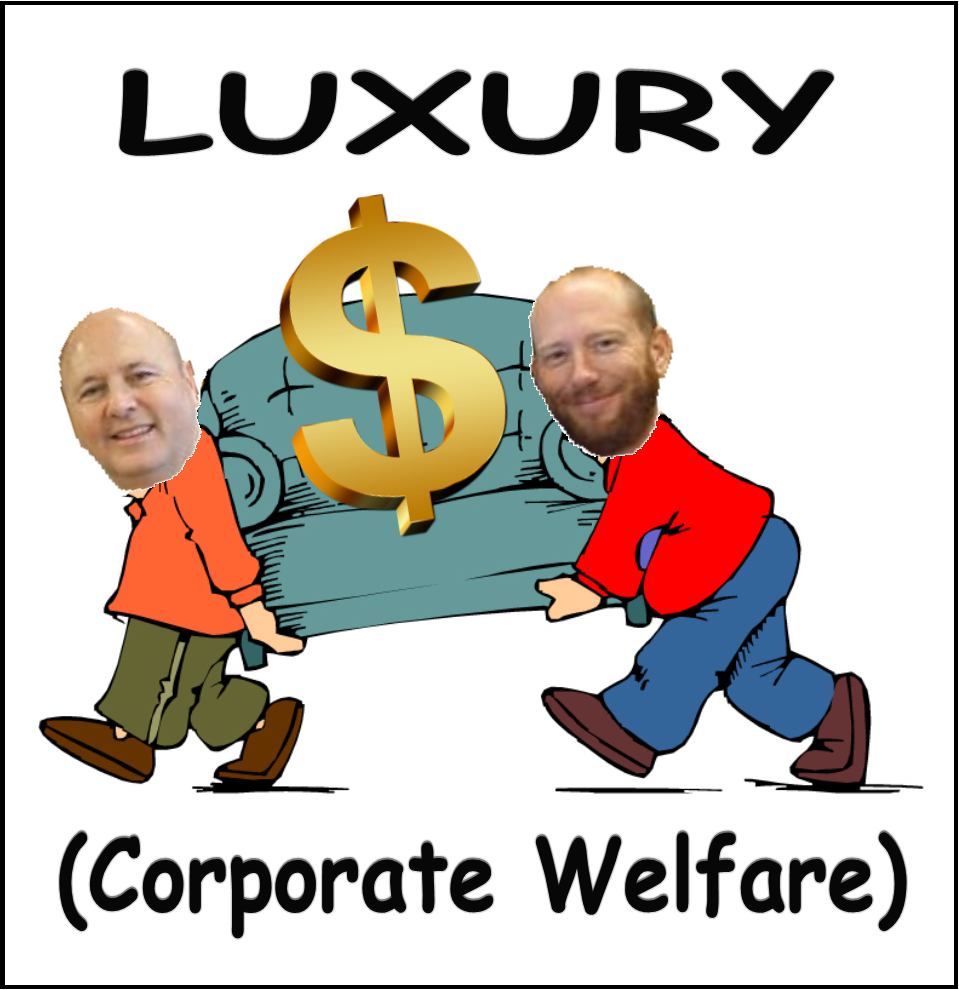 The expected breathlessness comes to us straight from the Hanson Advertising Aggregator, so a few actual facts are worth remembering:

1. Break Wind is the first instance in municipal history of sewer tap-in fees being waived for a private, for-profit developer, adding another few hundred thousand to the bonds mentioned below.

2. At a time when affordable housing is a nationwide dilemma, this public relations exaltation of drywall ‘n’ pressboard “luxury” is occurring simultaneously with Mayor Jeff Gahan’s packing of the New Albany Housing Authority Board with slobbering sycophants (sorry, Shane) in anticipation of permanently reducing affordable housing (and shrinking the safety net) for the city’s working poor.

3. Finally, seeing as the city is subsidizing this private for-profit development with sewer tap-in waivers, bonds and infrastructure, the city also will be subsidizing the private for-profit eatery mentioned as potential tenant of Break Wind’s retail space.This is an affront to every entrepreneur who has invested in downtown with little or no similar assistance from Team Gahan.

In the Dear Leader’s shining city on the flood plain, the beat (and the hypocrisy, and the reconstituted prostitution) goes on … and on … and on …

The Breakwater starts moving in tenants; 13 leasers set to move into the first, 66-unit residential building by the end of the month, by Danielle Grady

Flaherty & Collins is still looking for a tenant to fill the retail space, however. A restaurant that benefits the city would be ideal, Carmony said.

The Breakwater, a $26.5 million project, is being built with the help of $4.9 million in bonds from the city and a $3.3 million tax credit from the Indiana Economic Development Corp.

The development will pay $250,000 in property taxes, and its residents will pump millions into the local economy, said David Flaherty, the CEO of Flaherty & Collins, in a previous News and Tribune article.