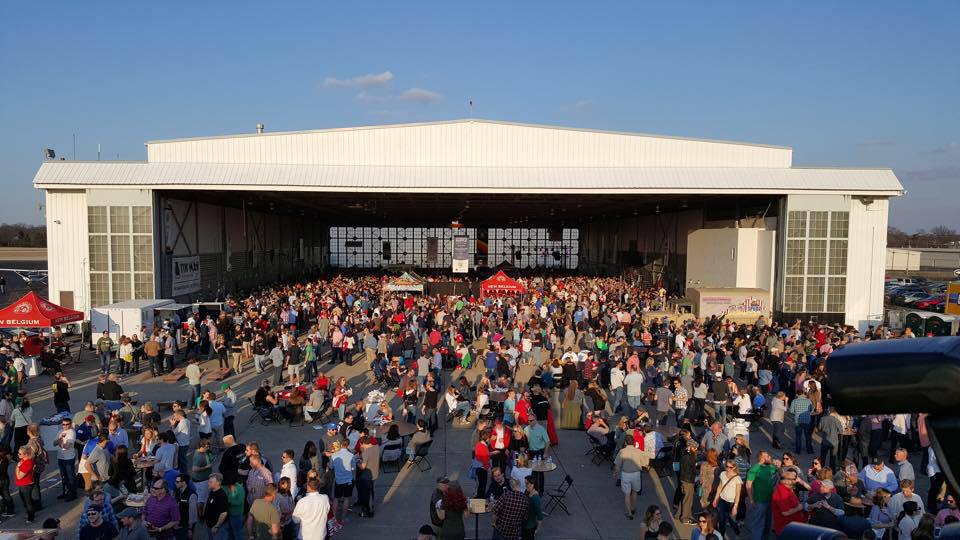 In my view, Tailspin Ale Fest has become Louisville’s premier beer festival, and it’s the brainchild of New Albany’s own Tisha Gainey.

This year’s Tailspin date is Saturday, February 18, by which time temperatures might be in the 80s, so yet again we turn to Kevin Gibson for the festival preview. Click through to view the master beer list.

Now in its fourth year, Tailspin Ale Fest has been one of Louisville’s best attended and highest regarded beer festivals. In fact, says co-founder Tisha Gainey, the one consistent complaint has been about the portable toilets.

And so for Tailspin 2017, set for Saturday, Feb. 18, not only will there be a roughly 15 to 20 percent increase in physical space and 25 additional breweries — the full beer list can be viewed at the end of this story — there also will be expanded options to make the lines move more quickly when bladders get full.

The bathroom expansion comes in the form of a 20-foot-by-8-foot converted shipping container that will house 13 individual urinal stalls, drawing many men away from the Port-o-Potties.

“I’ve never said a urinal is sexy, but man, that thing is sexy,” Gainey says. “We’re the first in Louisville to get it. I get excited about the little things.”

Gee, I wonder what NABC is bringing? I’m so old I can remember when they used to have a Propaganda Ministry. Anyway, tickets for Tailspin are on sale now.

Tickets to Tailspin Ale Fest are $45 for general admission and $75 for VIP, and can be purchased online. Designated driver tickets are available for $15.