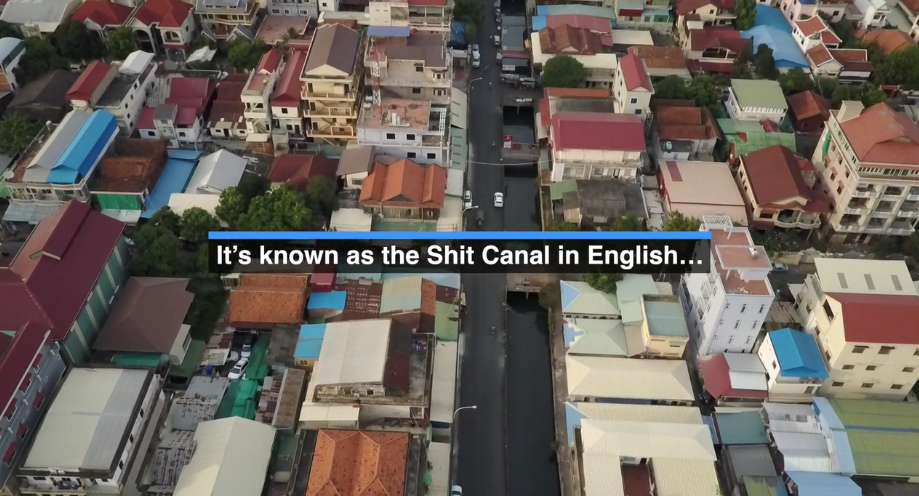 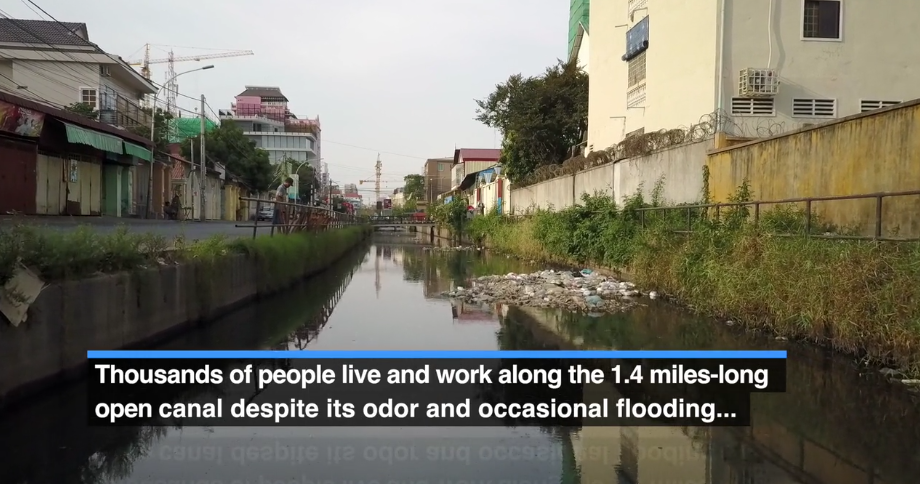 And all we have in New Albany is Falling Run Creek … but seriously, while we might laugh at an open sewer in Cambodia’s capital city, the fact is that we’re only a few decades further along. Photos above are from the drone video at City Lab, which is a must-view.

As the Cambodian capital’s least-majestic waterway, the infamous “Shit Canal” is descended from greater architectural marvels intended to re-engineer the landscape.

Rising above ground from a dank sewer, the drainage canal spans a few feet across, protected on either side by a small guardrail. Rising and falling in depth with the seasonal rains, the canal is filled on a typical day with a bubbling and slow-moving black sludge making its way southwards to lakes on the edge of the city.

The canal has no official name. On paper, it’s known simply as the “Boueng Trabek sewage canal,” but it’s more commonly known as the “shit canal” in English, the “loo teuk sa-ouy” in Khmer (literally, “smelly water canal”), or the more poetic French “le canal aux mille parfums” (“the canal of a thousand fragrances”). The thousand fragrances come from thousands of septic tanks and sewers that empty into the waterway.

This odor, however, and other sewage-related hazards do not keep people from living and working alongside the canal—or in some cases even directly on top of it. While mildly repulsive to many foreigners and Cambodians, the sewage canal is not atypical of 19th-century urban planning—most others have simply disappeared underground in cities from New York to Tokyo.