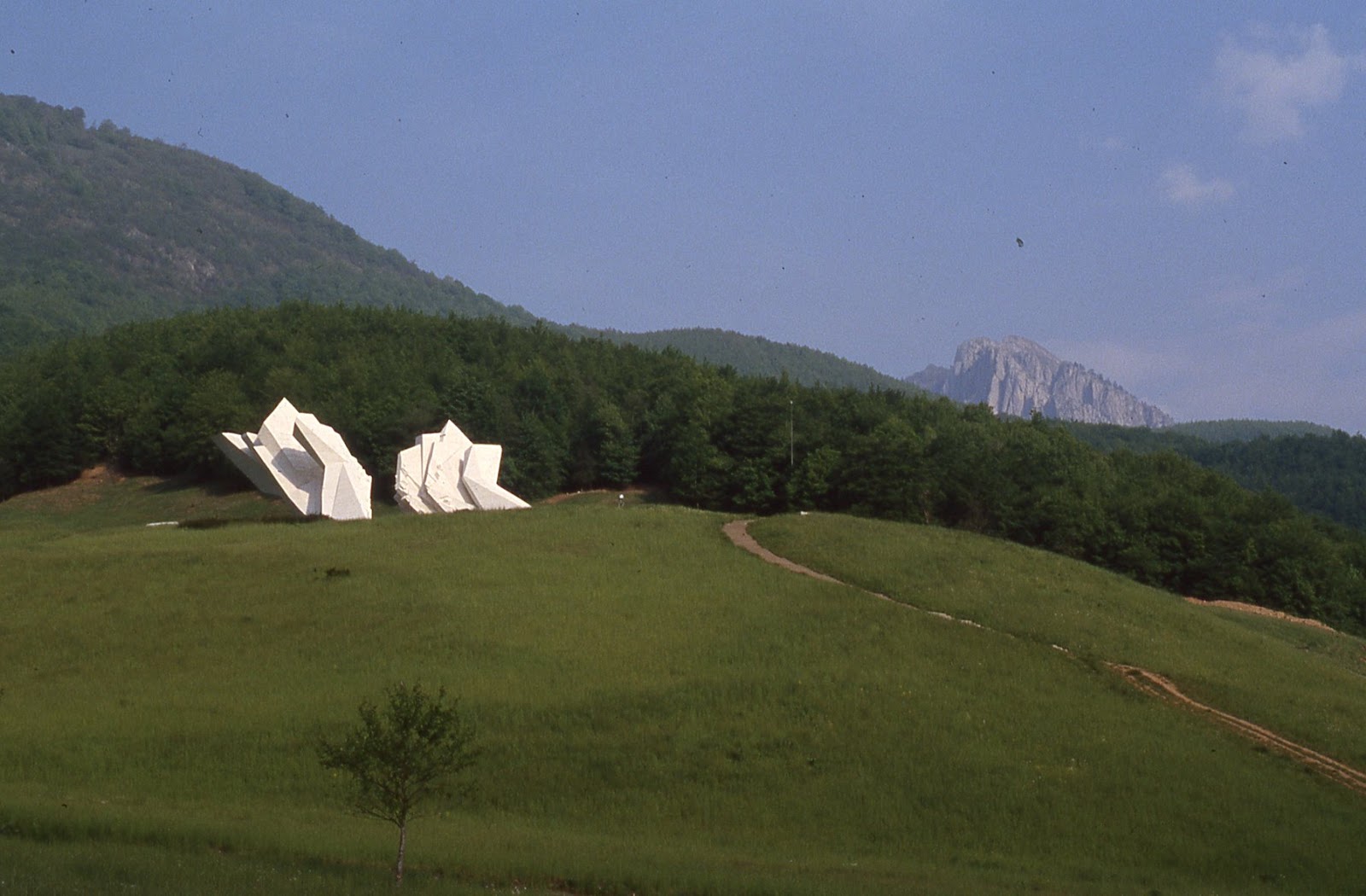 It wasn’t until May of 2017 that I finally understood what I’d photographed back in 1987. It was the Tjentište War Memorial, glimpsed somewhere along the route of a 10-hour bus ride from Dubrovnik to Belgrade.

This essay is a far better explanation of the “spomeniks,” a word that may not be the best choice to describe them.

As viral images, the so-called “spomeniks” of the former Yugoslavia are often taken out of context.

The memorial house on Petrova Gora is one of many hundreds of unusual, oversized monuments that were built by the former Yugoslavia during the 1960s, ‘70s and ‘80s across the Balkan States. These Yugoslav war memorials—often dubbed “spomeniks” by Western media—have gained a lot of online attention in recent years. However, as viral images, they are increasingly taken out of context.

It’s just a few days shy of thirty years since I boarded a bus in Dubrovnik, bound for Belgrade. I’d already been to Ljubljana, Zagreb, Sarajevo and Mostar, which at the time were located in Yugoslavia. The country ceased to exist after the civil war, which began in 1992.

The bus trip took something like ten hours, traveling on roads that weren’t interstates. Every few hours, there’d be a pit stop, and one of them was at the Tjentište War Memorial, in the middle of nowhere. My photo from 1987 is above, and a more recent one below (via Atlas Obscura’s article). 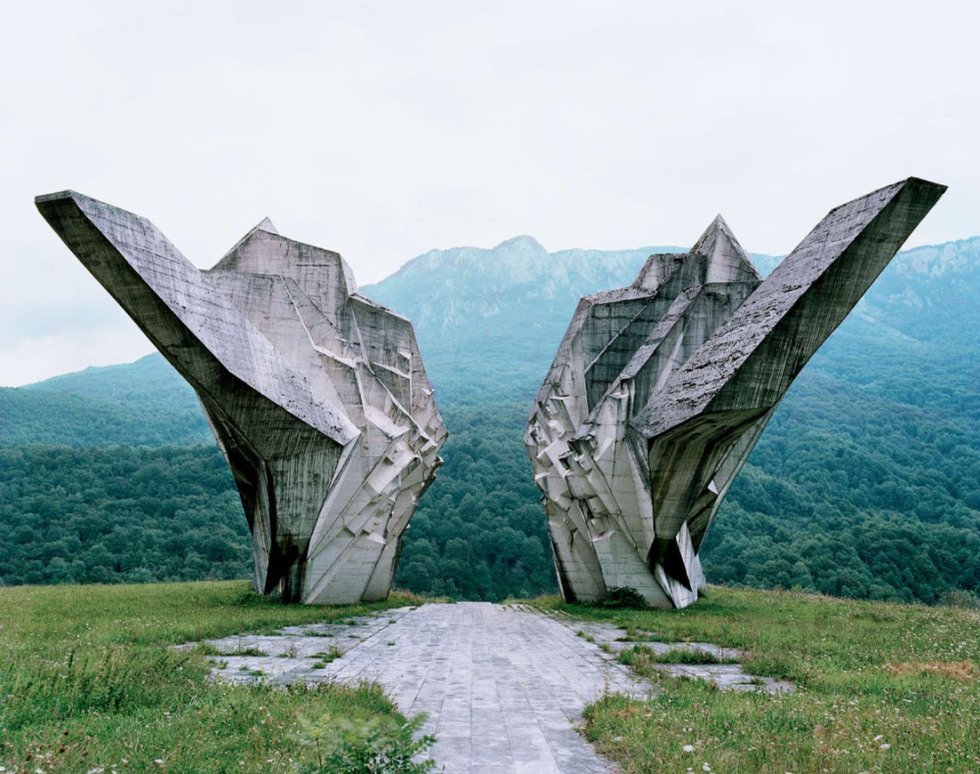 At the time, I had no idea what this sculpture represented, only that it seemed strange enough to photograph.

The two fractal walls of the memorial were erected in the 1970’s to remember Operation Fall Schwarz, otherwise known as the Battle of the Sutjeska. The military action took place during World War II and saw Axis forces attempt to rout a group of Yugoslavian forces and capture their leader.

This and other monuments from defunct Yugoslavia now seem calculated to produce melancholy.

These structures were commissioned by former Yugoslavian president Josip Broz Tito in the 1960s and 70s to commemorate sites where WWII battles took place (like Tjentište, Kozara and Kadinjača), or where concentration camps stood (like Jasenovac and Niš). They were designed by different sculptors (Dušan Džamonja, Vojin Bakić, Miodrag Živković, Jordan and Iskra Grabul, to name a few) and architects (Bogdan Bogdanović, Gradimir Medaković…), conveying powerful visual impact to show the confidence and strength of the Socialist Republic. In the 1980s, these monuments attracted millions of visitors per year, especially young pioneers for their “patriotic education.” After the Republic dissolved in early 1990s, they were completely abandoned, and their symbolic meanings were forever lost.

The view in the opposite direction, back in 1987? Just more of those seemingly endless mountains. 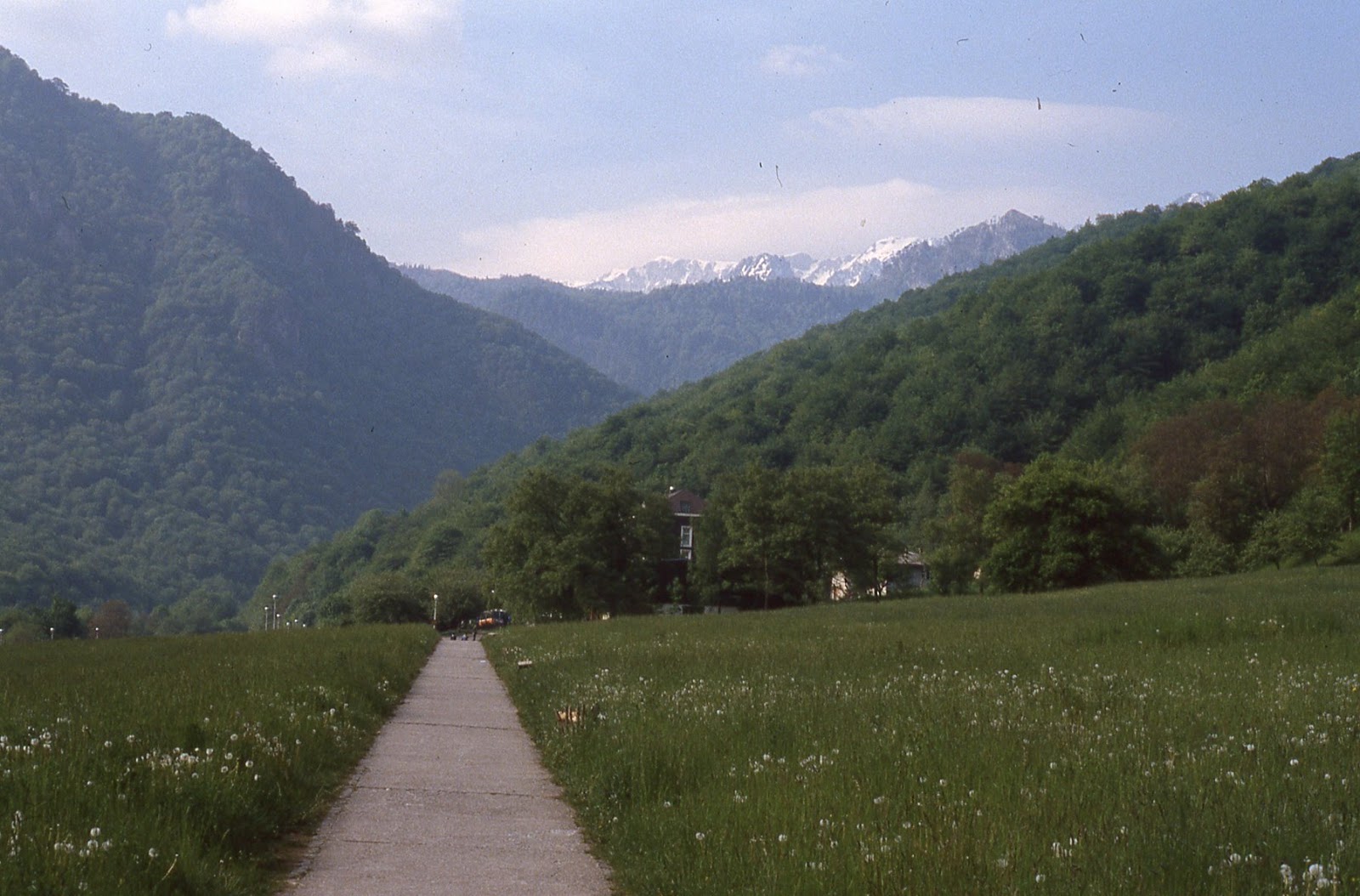