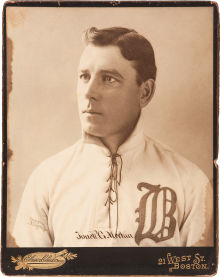 We saw two major league baseball games in Baltimore last week, with my Oakland A’s happily winning both, and although our arrangements were made long before youthful New Albany native Josh Rogers joined the roster of the woebegone Orioles, there was at least a theoretical chance Rogers might pitch.

He didn’t, but it got me thinking about the greatest pitcher New Albany has produced up until the present day: Jouett Meekin (1867-1944), who retired in 1900 just as the “modern” era in professional baseball began.

Of course “modernity” is at best an approximation. Did you know that a baseball clearing the outfield wall on one bounce still was considered a home run as recently as 1930? Since then, it has counted as an automatic double, or in the vernacular, a “ground rule double.”

Over the years I’ve mentioned Jouett Meekin several times in this space. At six feet, one inch and 180 pounds, he possessed a murderous fastball compared by none other than stats guru Bill James to Amos Rusie’s and Cy Young’s, averaging 16 wins a year during a career lasting from 1891 through 1900.

Meekin undoubtedly was New Albany’s most famous baseball player prior to the advent of William Jennings Bryan Herman.

Billy Herman, named by his parents for an early 20th-century politician, presidential candidate and religious zealot (frequently targeted for well-deserved abuse by H. L. Mencken), was a second baseman from 1931 to 1947, and later coached and managed.

Herman was elected to the Hall of Fame in 1975. There’s a ball field downtown named for him, and his granddaughter Cherie is married to former Indiana governor Mitch Daniels.

As a baseball lifer, Herman lived on the road, and it isn’t clear whether he spent any significant time in New Albany during or after his playing career, although by the mid-1960s, his permanent residence was listed as Florida.

I mention this only because Meekin returned home when his playing days were over. There’s a plaque marking the house of his residence, which in spite of perennial slumlord neglect still manages to stand a mere block away from NA Confidential headquarters. 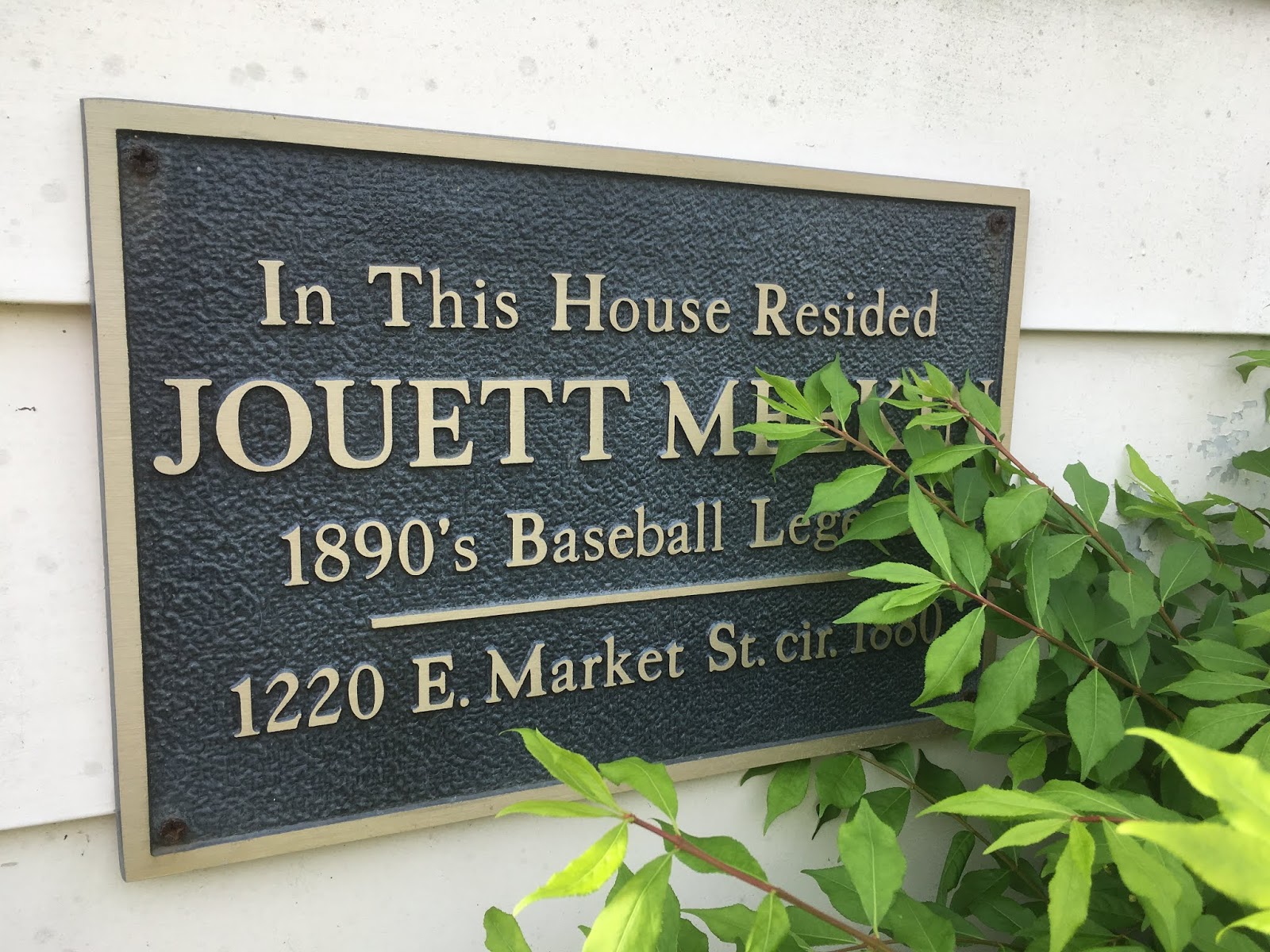 One fact unites Meekin’s and Herman’s eras in baseball, in that neither made very much money as baseball players. While Herman obtained employment in the game, Meekin was in his early thirties upon sporting retirement, and he needed to work, so he became a fireman and stayed a fireman for the remainder of his working days.

Ironically, a short time after Meekin’s death a stylish new firehouse was built right across the street from his house, as yet in use as Rogers recorded his first win as an Oriole.

The preceding ruminations stem from a Wednesday evening with beers in a nearly deserted Camden Yards, thinking about Rogers, Herman and Meekin, and the thread of sporting continuity that links them despite crazily disparate time stamps.

The chronology wouldn’t let me be, so I had to take a second look, learning that Meekin was born on February 21, 1867.

We missed the opportunity to honor Meekin’s 150th birthday with a gala at Pints&union, except of course Pints&union didn’t exist until his 151st also had passed, so the very best we can do is have a 152nd birthday party in 2019, hopefully making it an annual event in subsequent years. Meekin’s birthday being February, perhaps a spring training motif is best.

Given that our friend Mark Keeler has conducted research into Meekin’s life, and he’s keen to share it, celebrating the pitcher’s birthday might also afford the opportunity to honor a few more chapters in the “people’s” history of New Albany.

As noted previously, taverns most often have occupied the 130-year-old building at 114 East Market that now houses Pints&union. Was Meekin the fireman ever a patron while off duty?

To conclude, Herman probably was the best baseball player this city has produced, at least yet. Still, we need to treat even this assertion with a disclaimer; for instance, what do we know about New Albanians who may have competed in the pre-desegregation Negro League?

It is my belief that Meekin deserves special consideration for his post-baseball career as hometown fire fighter, and taken together with his achievements in baseball, a simple plaque on a Midtown house doesn’t quite do it for me. It wasn’t until 2002 that Meekin’s grave in Fairview Cemetery even had a proper marker, thanks to the efforts of Curtis Peters and the Floyd County Historical Society.

Stay tuned for more, and if you have any information about Meekin, please pass it along.