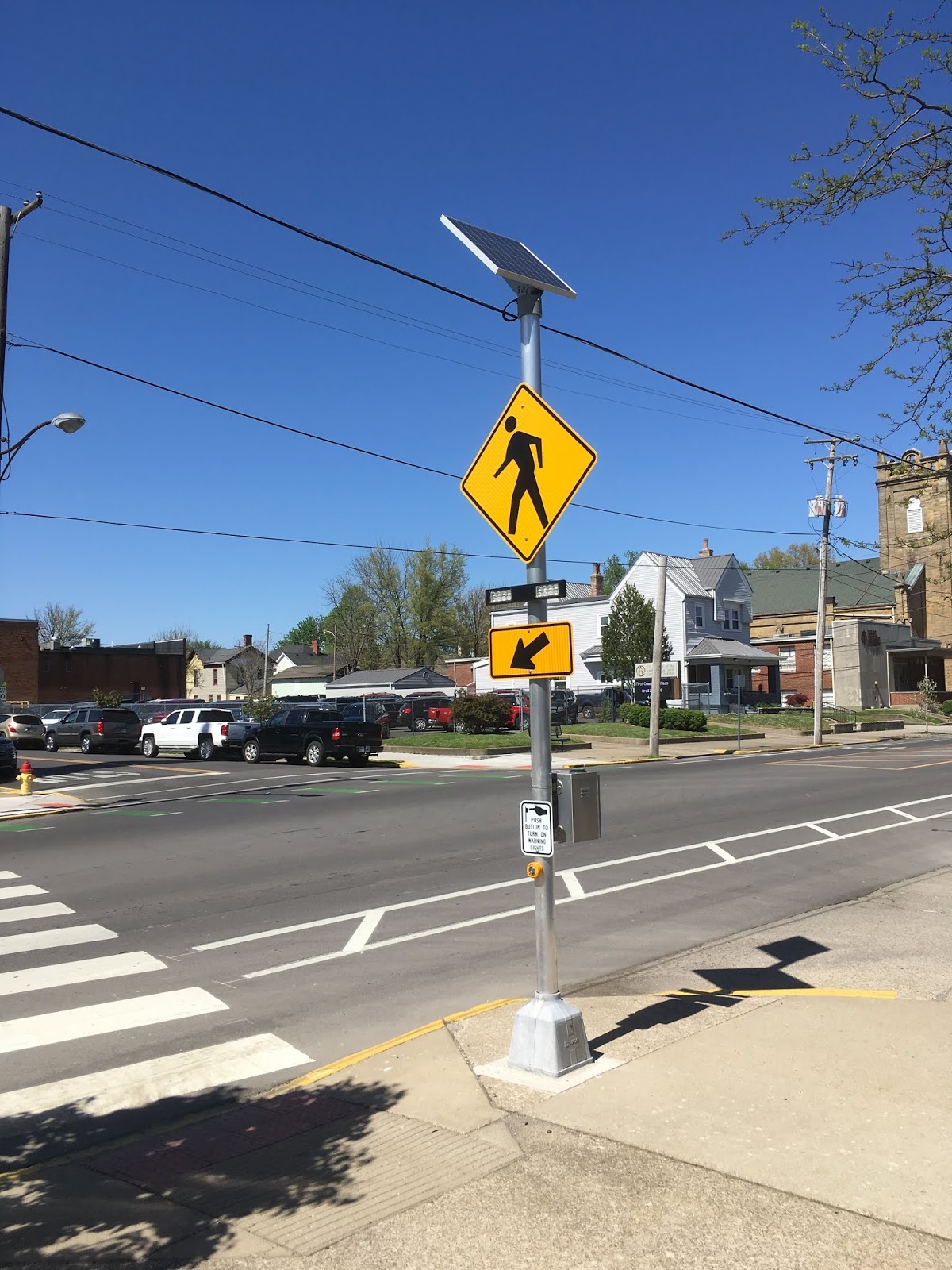 On Twitter, Jeff Speck retweeted an important link: The Most Dangerous Place to Bicycle in America, by Scott Calvert and Max Rust (Wall Street Journal) 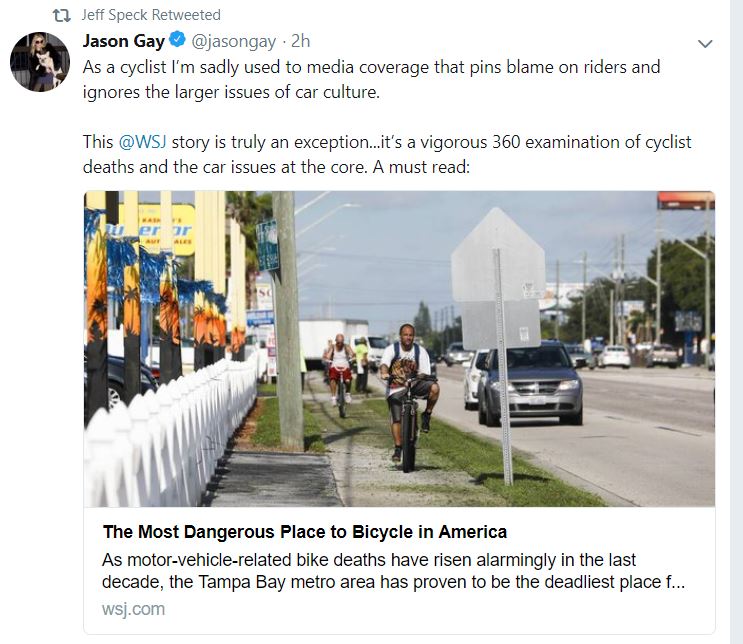 At 10:00 a.m., the weekly meeting of New Albany’s Board of Public Works and Safety will convene. Will any of the city employees, elected officials, engineers, vendors and contractors in attendance have read this WSJ report?

Probably not, and that’s unfortunate.

Trung Huynh used a marked crosswalk with flashing yellow lights when he rode his bike across busy, six-lane Park Boulevard in Pinellas Park, Fla., one morning in June.

The 18-year-old didn’t make it to the median.

A white Chevy Malibu going an estimated 45 mph slammed into him and his bike, police said. Mr. Huynh died at the scene.

The collision added to the already-high cyclist death toll in Pinellas County. Its per-capita cyclist death rate for the past decade ranks No. 1 among the four counties in the Tampa Bay metro area, which has the highest fatality rate of any major metro area in the U.S., according to federal data.

The state transportation department recently conducted a study of Park Boulevard, one of the county’s most perilous thoroughfares. Officials found a majority of the cyclists ride on sidewalks rather than on the road, which doesn’t have bike lanes.

Many bike crashes occur when cyclists don’t use a crosswalk, a department spokeswoman said. The department plans by next summer to install three mid-block crosswalks on Park Boulevard featuring a red light that pedestrians or cyclists can activate.

Pinellas County officials said they plan to install this type of signal at the intersection where Mr. Huynh was killed. Construction is scheduled to begin by early 2019.

Rob Angell, deputy chief of operations of the Pinellas Park Fire Department, said the upgrade can’t come soon enough. The yellow-blinking-light crosswalk there now gives pedestrians and cyclists a false sense of security, he said. There is no guarantee drivers will stop, he said, and cars go “flying through there.”

As a closing note to self-identified progressives who may be reading today, be aware that the city’s street grid is a social justice issue. For the sake of consistency, you can’t pick and choose when you wish to be progressive and when you don’t.

Especially if you’re a candidate for office.