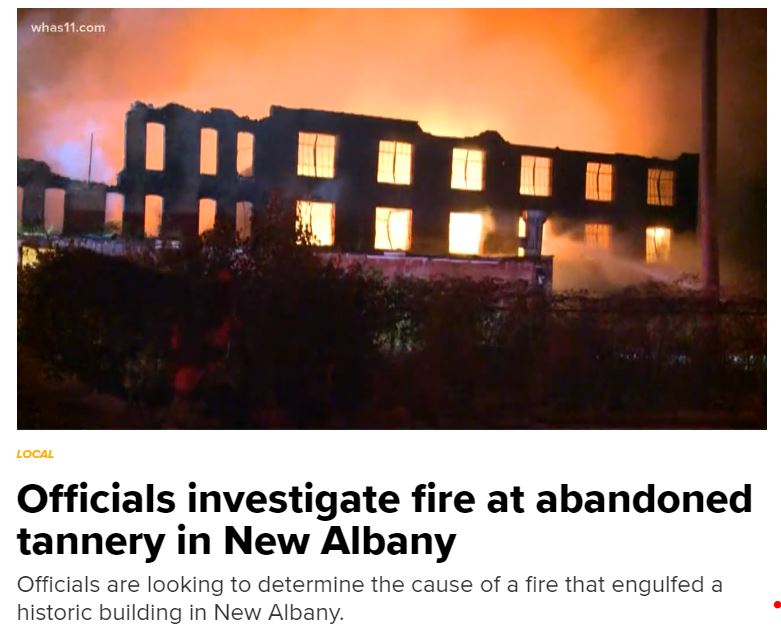 Torch any building enough times and eventually the wind will assist the incineration. I believe last night’s surely fatal fire at the Moser Tannery was the third in recent months.

The final and damning cause of the fire was the city’s willful neglect in the years since purchasing it in 2016. In effect, City Hall did rough triage and swapped the Moser’s potential reclamation for a new city hall downtown, directing ever scarcer available resources toward a refuge for inhumanely treated government workers (CM Barksdale’s famous words, not mine).

This is the result.

It doesn’t matter who spread the petrol and flicked his Bic. Jeff Gahan’s ambition and attendant megalomania were the reasons why we’ve lost the Moser Tannery.

And this won’t change until Gahan is fired, and his governing clique flushed.