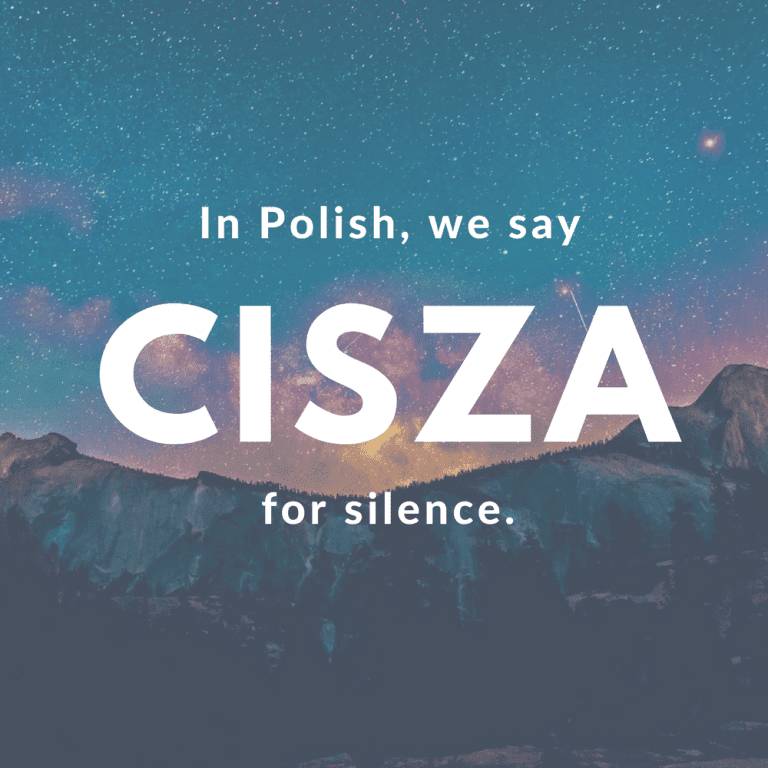 The Polish language seems impenetrable at first glance. For instance, the Polish name for the Gdansk neighborhood where Günter Grass grew up (called Langfuhr in German) is Wrzeszcz.

It’s vizh-uscht … or some such.

If you’ve had any exposure at all to other Slavic languages, Polish is a bit less intimidating, and at least the alphabet isn’t written in Cyrillic.

We used to be taught the names of Casimir Pulaski and Tadeusz Kościuszko, both of whom played important roles during America’s Revolutionary War. However, most Poles came here later, following the Civil War.

Historians divide Polish American immigration into three “waves”, the largest from 1870 to 1914, a second after World War II, and a third after Poland’s independence in 1989. Most Polish Americans are descended from the first wave, when millions of Poles fled Polish districts of Germany, Russia, and Austria.

As for the Polish words migrating to the English language, many pertain to food or culture: gherkin, pierogi and kielbasa; mazurka and polonaise.

7 Words in English You Didn’t Know Came From Polish, by Mikołaj Gliński (Culture.PL)

Languages are full of words that came via other ones. In the case of Polish and English, this relationship has been rather one-sided, with Polish borrowing from English particularly intensely during the 20th century. But here are a few examples that show that the traffic was not just one-way, and also how these linguistic transfers can be quite complicated.

This word from the world of physics – denoting the tiniest element constituting our physical reality – seems at first to have little to do with Poland. Admittedly, it was coined by James Joyce in Finnegans Wake, before being repurposed by physicist Murray Gell-Mann who considered it an apt name for the tiny particle needed in the theoretical model he had been working on. As it turns out, the word as used by Joyce is linked to the German word ‘quark’, which on its part is an ancient borrowing from the Polish (or Slavic) twarog. It means curd cheese. Strange? We think so too (you can find the whole story here). Still, it’s heart-warming to find a piece of Poland out there in the cold universe of anonymous atoms.

Vodka’s is more readily evident, even if Vladimir Putin would disagree.

We will never know what the ultimate source for vodka making its way into the English language – many say it’s from Russian, while others (yes, us Poles) will argue both the word (it’s wódka) and drink were surely invented in Poland. In any case, the word means ‘little water’ in both languages, and for good or bad, plays an important role in the culinary cultures of both nations.

This one’s quarky/cheesy, and yet worth a glance.

18 Beautiful Polish Words That Will Make You Fall in Love With the Whole Language, by Ewa Zubek (The Culture Trip)