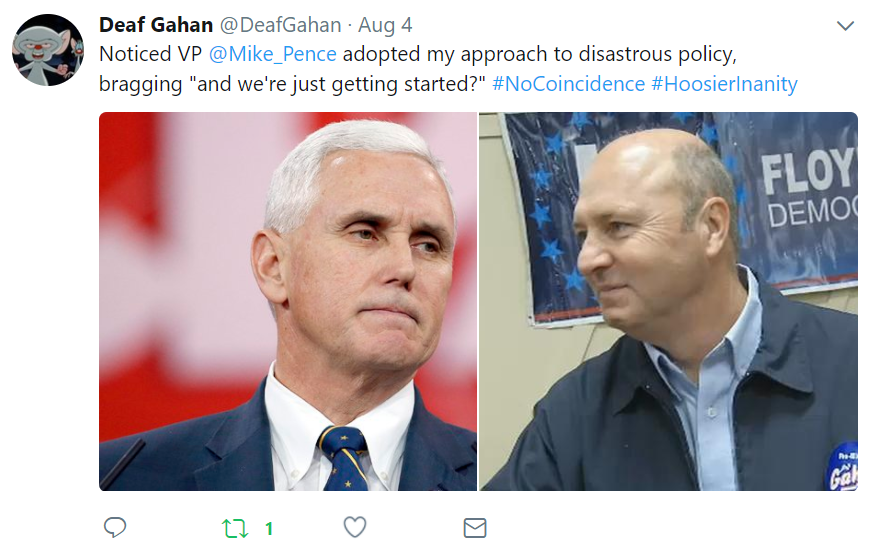 It’s a long read, but it touches all the bases.

A Thousand Points of Shite, by Branko Marcetic (Jacobin)

How George H. W. Bush paved the way for Trumpism.

… Mistrusted by the hard right wing of the GOP, Bush nonetheless enthusiastically adopted elements of their political program, including the aggressive expansion of American power overseas and the racist “law-and-order” policies of the modern carceral state. As such, Bush was a key generational link between pre- and post-Reagan conservatism, the latter of which was later advanced even more aggressively by his son, and which has culminated in today’s historically radical Republican Party.

Bush’s life and political career also reflect the severe limitations of the mythical “reasonable,” “moderate” politics of yesteryear now pined for by today’s media and political elite. While Bush had a pragmatist streak that produced some worthy outcomes, his willingness to play dirty to win, his law-breaking and subsequent covering up of his crimes, and his almost casual use of war as a political tool were ill omens of what was to come. That the modern Clintonite Democratic Party took many of its cues from Bush should make us thankful for its current, albeit painfully slow, transformation.

… The 1992 election made Bush a one-term president, but his legacy lived on, as his watered down Reaganism essentially became the political program of the new Democratic Party. Bush’s “humanitarian” wars, and his threat to bypass congressional war authorization, became the foreign policy modus operandi of both Bill Clinton and Barack Obama, and continue to constitute the party’s approach, as evinced by Democrats’ steadfast support of Trump’s bombing of Syria early in his presidency. Clinton and the Democrats became even more ardent drug-and-crime warriors than Bush had been, gutting welfare and slashing social spending partly in pursuit of a balanced budget. Finally, Clinton and the Democrats finished off Bush’s work on NAFTA, finally ratifying it in 1993 and helping create the Rust Belt discontent that Trump would ride to power in 2016. That election was less a loss for Bush’s style of politics than a passing of the torch.

His legacy also lived on in the US establishment’s chummy ties with Saudi Arabia, which Bush had been instrumental in strengthening as both president and vice president, and which the same media outlets that mourn Bush’s death today have spent the past few weeks furiously denouncing now that Trump is their champion. Bush’s unusual and disconcerting closeness to the regime — as well as his decision to station troops in the country during the Gulf War — would haunt the country years later when thousands of Americans were killed by a group of well-financed Saudi terrorists on September 11, 2001. Bush’s close friend, Prince “Bandar Bush,” was later directly implicated in financing some of the terrorists.

Moving to the conclusion.

As with seemingly every non-Trump politician both living and dead, there is some insatiable need to rub out the rough edges of former political leaders and present a perfectly smooth, sterile, and misleading image of who they were. It’s half patriotic glorification, half myth-making-as-resistance.

But civility, decency, moderation — none of this accurately describe the record of George H. W. Bush. Bush brazenly flouted the law and lied throughout his career; he changed his beliefs when it suited him and engaged in scurrilous, sometimes racist, smearing of his opponents; he launched appalling wars for political gain and enthusiastically supported some of the world’s worst thugs; and his career was a microcosm of the worrying merger of business interests with public service and, quite possibly, the national security state. If Bush is a “moderate,” it’s because many of these practices have long been internalized as normal and routine for the political elite.

Rather, Bush’s presidency was a key bridge between the New Deal-era conservatism of Nixon and the more radical post-Reagan GOP, both of which were rooted in an unfettered, militaristic executive. Bush’s roots in the Eastern Republican establishment of the postwar era prevented him from fully advancing the Reagan program, a task that would fall to his son; paradoxically, and tragically, it was his liberal political opponents who adopted his agenda as their own, a fever dream from which the Democratic Party only now seems to be waking up.

But if nothing else, at least we’ll have that one Simpsons episode.