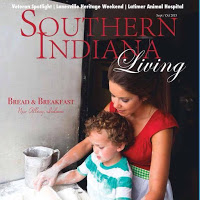 As noted in the space almost three years ago, I’ve never been interested in choosing sides, because this story has struck me as a prime instance of tragedy — in the word’s original sense.

1. (esp in classical and Renaissance drama) a play in which the protagonist, usually a man of importance and outstanding personal qualities, falls to disaster through the combination of a personal failing and circumstances with which he cannot deal.

2. (in later drama, such as that of Ibsen) a play in which the protagonist is overcome by a combination of social and psychological circumstances.

What’s a “good” ending? This may or may not be it, but pending the sale of movie rights, it’s the only ending we have at present.

… On Tuesday, Buckingham pleaded guilty in Roane County Circuit Court in Tennessee to the amended charge, a class B felony which could carry between eight and 30 years in prison. The plea recommends a 10-year sentence, all of which is to be suspended to probation, and 500 hours of community service, with no less than 50 per year. It also stipulates that she is to not have contact with other parties in the case and, as a U.S. Marine, comply with all recommendations of the U.S. Department of Veterans Affairs …