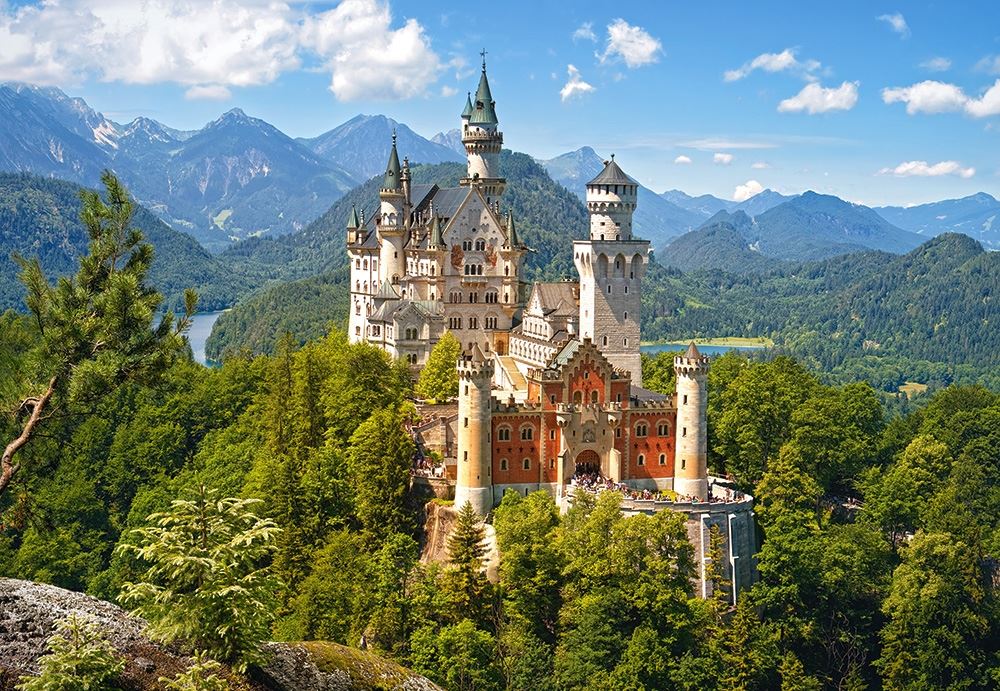 But was the real-life “mad king” Ludwig II really crazy?

People have long believed that Bavarian King Ludwig II, the man responsible for building the famous castle of Neuschwanstein, was mentally ill. Indeed, he was dethroned for that very reason. But a recent study casts doubt on that diagnosis.

Touristy, glorious, and romantic, the mountainous borderlands of southern Bavaria house some of Germany’s best attractions. My favorites are three of King Ludwig II’s castles: stocky Hohenschwangau, his boyhood home; the nearby and fanciful Neuschwanstein, his dream escape; and Linderhof, his final retreat.

Ludwig was just 19 when he became king of Bavaria in 1864. Rather than live with the frustrations of a modern constitution and a feisty parliament reining him in, he spent his years lost in Romantic literature and operas…chillin’ with the composer Wagner as only a gay young king could. From his bedroom in Hohenschwangau, Ludwig trained a telescope on a ridge to keep an eye on Neuschwanstein as it was being constructed.

Ludwig was king for 23 years. In 1886, fed up with his extravagances, royal commissioners declared him mentally unfit to rule Bavaria. Days later, he was found dead in a lake. People still debate whether it was murder or suicide. But no one complains anymore about the cost of Ludwig’s castles. Within six weeks of his funeral, tourists were paying to see the castles — and they’re still coming.