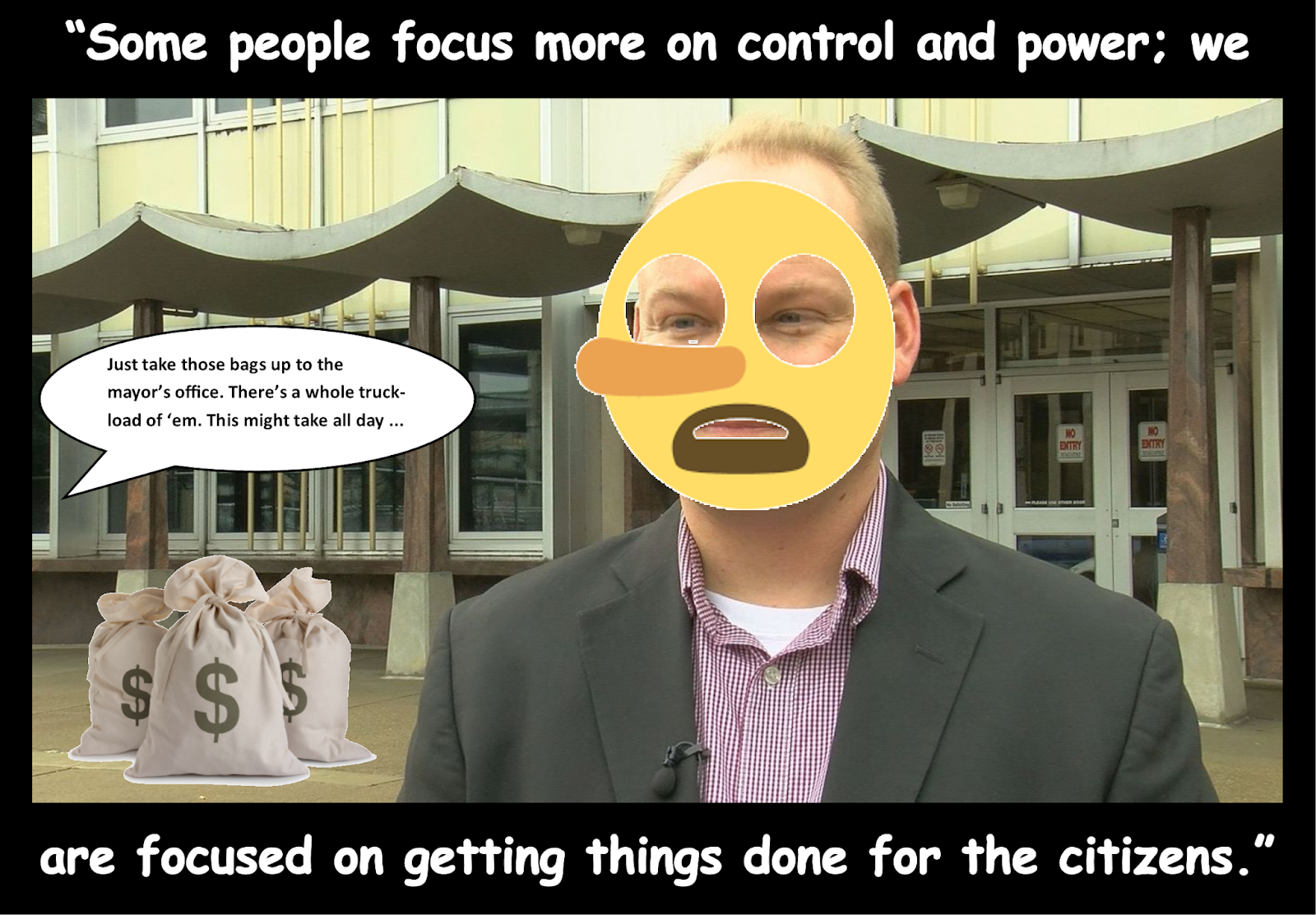 Republicans will convene today at 12 noon at Kolkin Coffee (2736 Charlestown Road) for a “joint announcement of Republican Mayoral and City Council candidates for the City of New Albany 2019 election.” The announcement will be followed by a meet and greet.

Pending the forthcoming espresso jitters, here is a look at the local chain newspaper’s coverage of Filing Day One, or a place where follow-up questions crawl off to die.

31 file for candidacy on first day in Clark, Floyd counties, by Chris Morris and Melissa Goforth (Tom May Reunion Tour 2019)

SOUTHERN INDIANA – While the dust has barely settled from the 2018 mid-term election, all eyes now are focused on the 2019 municipal elections in both Clark and Floyd counties. Wednesday marked the first day candidates could file for the May 7 primary, and seven took advantage of the opportunity in Floyd County and 24 did the same in Clark County. Candidates have until noon Feb. 8 to file a declaration of candidacy to run in the primary election.

Let’s scroll straight to the dismal, reeking propaganda from the Democratic Party chairman, whose tenure has been marked by an ever-lengthening honor roll of defeat.

At this juncture, all that stands between the party’s cherished municipal patronage machine and political oblivion are four city council minions, their defaults generally set to “power grovel,” and perhaps the most corrupt mayor in the city’s post-war history — who was unable to comment about this or much of anything else owing to the necessity of frantically administering as high a volume of pay-to-play limbo dancing as possible with special interests before the wheels fall off.

“Overall I feel pretty good. I understand several incumbents will file for re-election and we’ll have a few newcomers as well,” Dickey said. “I think we have a lot to show the city of New Albany … a balanced budget, we have focused on improving the quality of life for our residents. We have a lot to run on and we expect to have a pretty good year.”

Although he has yet to announce, Gahan is expected to seek a third term. He would have primary opposition again in May in a rematch of the 2015 showdown with White.

“We don’t take it for granted. We will continue working for the citizens of New Albany,” he said. “Some people focus more on control and power; we are focused on getting things done for the citizens.”

Welcome to peak doofusness, but where are the curative Rice Krispies Treats?