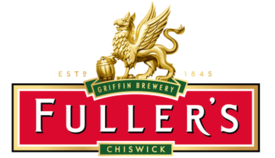 There’s only so much a sodden socialist can do to make sense of a wayward planet that stubbornly refuses to listen to his rants.

As such, I admit there was a time when news like the Asahi acquisition of Fuller’s would have upset me. However, I have adapted to modernity and embraced the reasoning of the Pour Fool, which I’ll paraphrase.

As it pertains to the acquisition of one brewery by another (and larger) one, only when the larger one is AB-InBev need we be necessarily alarmed.

In other words, because AB-InBev remains The Great Satan, nothing good can come from its nefarious activities. Nothing. Ever.

On the other hand, a deal like Asahi’s takeover of Fuller’s, while annoying, does not necessarily doom the latter to irrelevance. The loss of independence is cause for lamentation, and yet the Japanese have a better track record than the Brazilians when it comes to preserving the essences.

The Japanese beer giant Asahi has made a massive vote of confidence in the future of the real ale sector in the UK with its £250m purchase of Fullers’ beer business.

And if that’s not the angle you took away from the story, you’re not thinking this through properly.

The crux of it is here.

Asahi clearly thinks there is profit to be had in the business of supplying beer to British pubs. With Fullers’ emphasis, still, on cask beer brands it obviously believes buying the rights to brew cask beer is worth a substantial wodge of corporate cash and there is a hearty future ahead. Meanwhile, on the “oh no the accountants will ruin London Pride” front, as part of the fall-out from the AB Inbev-SAB Miller merger, Asahi ended up with Pilsner Urquell and Meantime in London, among other Western beer brands. I’ve heard no moans from either of those two concerns about how the Japanese are treating them. If you pay a lot of money buying a product that sells on its premium image, you don’t mess about with that image.