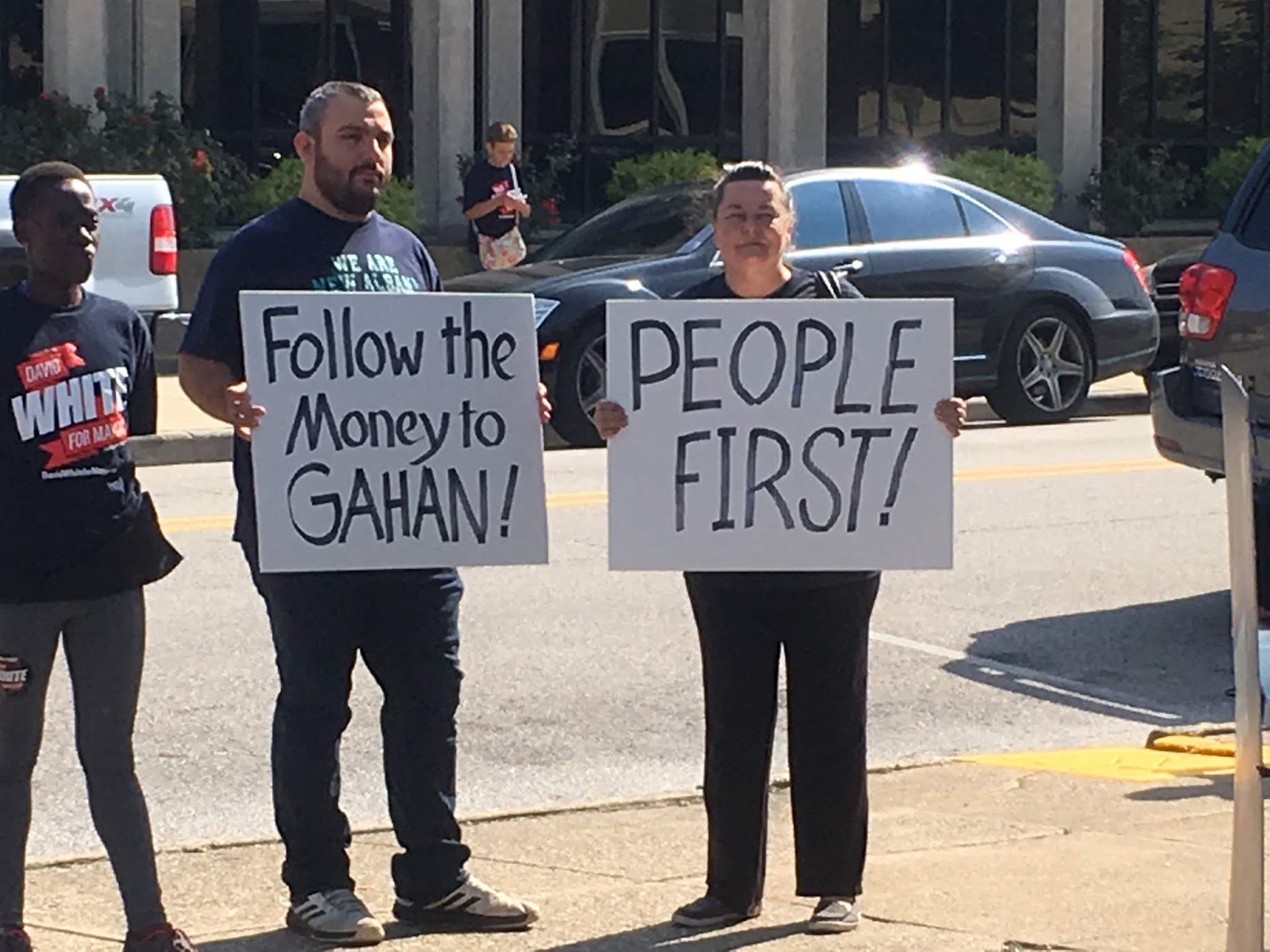 Thanks for reading NA Confidential, where we enjoy reconnoitering the neglected periphery for uniquely local perspectives on life in New Albany. Someone has to at least try doing it, or we can grow old and gray waiting for the Jeffersonville News and Tribune to belatedly rediscover the journalistic imperative to comfort the afflicted and afflict the comfortable.

Frequent readers will recall an ongoing issue with statistics, dating to October of 2018 and the infamously shoddy Blogger platform’s rejigging of something, which caused page view counts previously stable for many years to suddenly change. Numerical ratios oddly stayed the same, as though all views had abruptly decreased by a set percentage. For those monetizing their blogs, this probably is infuriating. Since I’m a loss leader kind of fellow, it’s merely an annoyance.

Beginning in January, 2019 I’ll be using Facebook statistics. As always, the previous month’s most-viewed list begins with ten “honorable mention” posts, before concluding with the Top Ten, escalating to No. 1.

A “beer week” is a locally-oriented tribute to, and celebration of, beer. The idea is that breweries, pubs, restaurants, beer bars and package stores hold events: beer tastings, beer dinners, brewery tours, beer and food pairings and tap takeovers (to name just a few common activities).

ON THE AVENUES: Our mayor hates non-elected boards — except when they’re his own, which is why “hypocrisy” is spelled G-A-H-A-N.

Entering his eighth year as mayor and sitting atop $130,000 in re-election funds (with perhaps 50k or more coming in 2019), Gahan no longer can abide non-elected boards.

This is hypocrisy on a looming, mountainous and nearly Himalayan scale.

Consider that the bulk of Gahan’s campaign finance proceeds over the past eight years — somewhere around $300,000 total — are the direct result of pay-to-play patronage deals cut with various lawyers, contractors, engineers, consultants and other vested interests.

I may need your help with research into Jeff Gahan’s Money Machine.

Gahan has assembled a formidable propaganda outreach alongside his pay-to-play patronage colossus. But as Achilles learned, there’s always a point of vulnerability. The bigger and more arrogant they are, the harder they hit the pavement.

In closing, know that the effort is not without humor. From 2011 through 2015, the law office of former city attorney Stan Robison made roughly a half-dozen donations to Gahan’s re-election campaign totaling a bit less than $7,000.

Not once did the mayor’s treasurer learn how to spell Stan’s name correctly.

A confusing Kentucky proposal to allow cities to support tourism by taxing restaurants.

Here in SoIn we already have a tax to support tourism. It’s a hotel room tax, which of course can be better defended as coming from the pockets of visitors, to attract other visitors.

Meanwhile I’m in tune with the basic vibe of Marsha’s case in opposition to what sounds like a poorly reasoned bill.

I was plenty stupid when I was young, but Ralph Northam was a special kind of stupid.

Ever since the Ralph Northam scandal broke, I’ve been trying to recollect whether anyone ever “did” blackface during my time at FCHS. It seems likely in the context of the time, and yet I can’t remember any instances of it. I cannot recall feeling the urge to do so myself. Extending the perimeter of shaky memory to four years at IU Southeast, did blackface occur? I don’t think so, at least in my immediate vicinity. My group at the time was capable of incredible feats of obnoxiousness, and we desperately wanted to BE the Deltas in Animal House, but minstrelsy (see below) wasn’t a part of it.

ON THE AVENUES: I’d stop drinking, but I’m no quitter (the 2019 Gravity Head remix).

Why do I continue to mention Gravity Head even after my final, much belated exit in 2018 from the company I helped found?

It’s simple, because once upon a time Gravity Head was my idea. The 2019 edition will be the 21st such gathering, and I’m proud of my creation. Of course Gravity Head no longer is about me, assuming it ever really was. It always took the entire workplace village to pull it off, and I imagine this remains true.

Besides, gravity’s the law. It’s bigger than you and me.

Redevelopment Commission hands $40,000 for infrastructure subsidy to a fast food chain on Grant Line Road. Where do indies queue for some of this action?

My question, as always: Do independent restaurant operators have a snowball’s chance in Guam of scoring a similar subsidy?

Break up into groups and discuss … and don’t forget to #FireGahan2019 … to sweep clean those department heads, clear the appointed boards, and see if we can’t make all this local system a tad more democratic (lower case “d”).

Anyone have the lyrics of the Frito Bandito theme song in Arabic?

ON THE AVENUES: If it’s about learning and knowledge, then by definition it’s a Gahan Free Zone. You’re welcome.

In closing, please understand that the preceding is not intended to be construed as “look at me – I’m smart.” At the end of the day, being “smart” means precisely one thing, and that’s realizing how little you really know. All of us must willingly concede the vastness of knowledge outside our immediate spheres, about which we can gather only little bits and pieces.

“Cheap stick framing has led to a proliferation of blocky, forgettable mid-rises—and more than a few construction fires.”

Cheap stick framing has led to a proliferation of blocky, forgettable mid-rises—and more than a few construction fires.

The Jeff Gahan Money Machine, Part 5: In 2019, Gahan will pass the half million dollar mark in campaign fundraising since 2011.

Let pause the accounting to let this sink in. Another average fundraising year for Big Money Gahan, and he’ll pass the $500,000 mark in donations since running for mayor.

Roughly 25% of this engorged total has come from just a handful of key donors, perhaps as few as six or seven in number. When this research series concludes, we’ll be able to see the exact breakdown.

Jeff Gahan has been branding the city in his own image, and using our money to do it, but we need collective thinking, not the shoddy veneer of a personality cult.

For the past eight years here in New Albany, what passes for a “brain trust” at City Hall (try not to cringe in disgust) surely has undertaken a branding campaign. It may or may not have been explicitly organized as a branding campaign, but the effect has been the same.

In essence, New Albany very much has been branded as New Gahania, which is to say that in terms of promotions, every aspect of the city has been tied to the mayor’s cult of personality: New Albany is Jeff Gahan, and vice versa.

ON THE AVENUES SPECIAL: Take your cult of personality and shove it, Dear Leader.

Let’s briefly re-examine the state of Gahan’s cult of personality with the assistance of actual facts from history. This column originally was published on May 14, 2015.

In finding Chris Morris’ Green Deal (sic) “oops-ed” to be disinformative, misinformative, objectionable and dismissive, our guest columnist is being charitable.

I don’t believe I’ve read an opinion from a masthead editor of a mainstream newspaper that used such pejorative and dismissive language. The piece does little to inform while hurling insults at broad swathes of Americans. Had I been in charge, it would never have been published.

The Green Mouse has learned that earlier this week a resident at the New Albany Housing Authority planted a David White for Mayor yard sign in his yard.

It wasn’t as big as this one, but still. 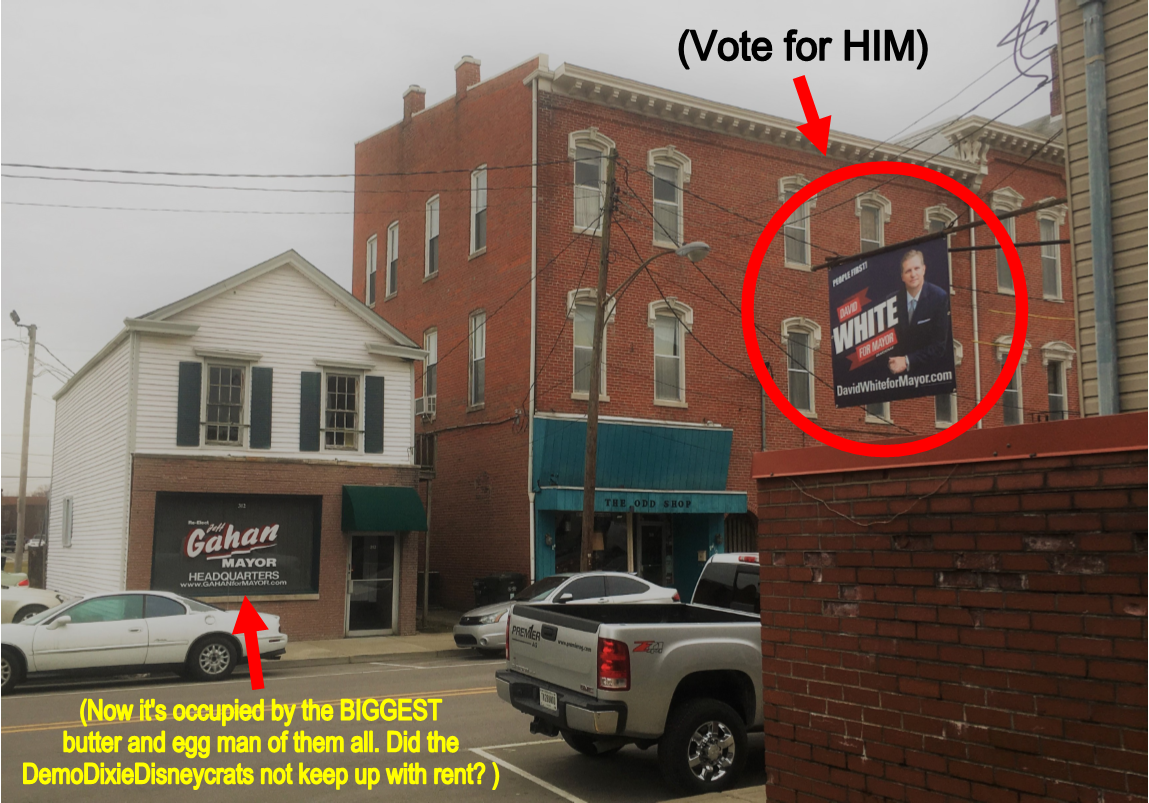 The resident promptly was told by maintenance (wait — doesn’t councilman Matt Nash now work in maintenance at NAHA?) to remove the sign. He asked if he could put the sign on his door or in the window, and learned that they’d have to go ask the esteemed Gauleiter Duggins first.

River City Winery: “We are exploring the relocation of our entire operation to another part of Southern Indiana.” 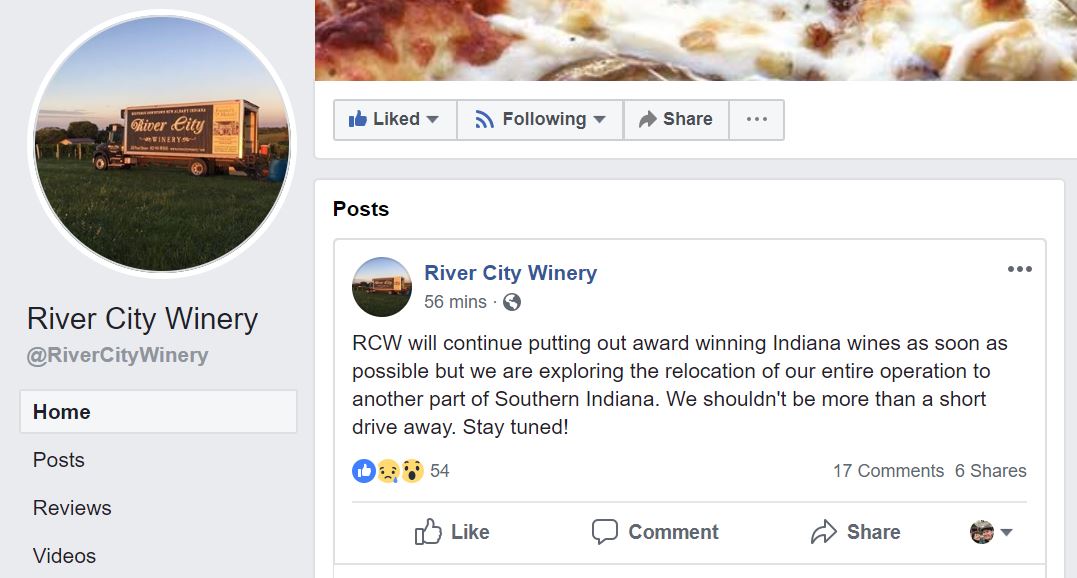 My letter to the editor about Jeff Gahan’s Money Machine: These are down-low times for local journalism and governance — but I’m just a self-promotional blogger.

During the past eight years, Mayor Jeff Gahan has presided over a campaign finance operation of unprecedented scale and dimension. Let’s call it the Jeff Gahan Money Machine.

Presumably collecting campaign finance donations from the usual suspects is Gahan’s only real skill as a politician. The game is simple: self-interested parties give Gahan lots of money, and receive benefits so blatantly obvious that a six-year-old could figure it out.

Could someone run off and fetch a six-year-old to narrate the video?

Have you been threatened or harassed by Mayor Jeff Gahan or someone in his inner circle? Let’s talk about it. 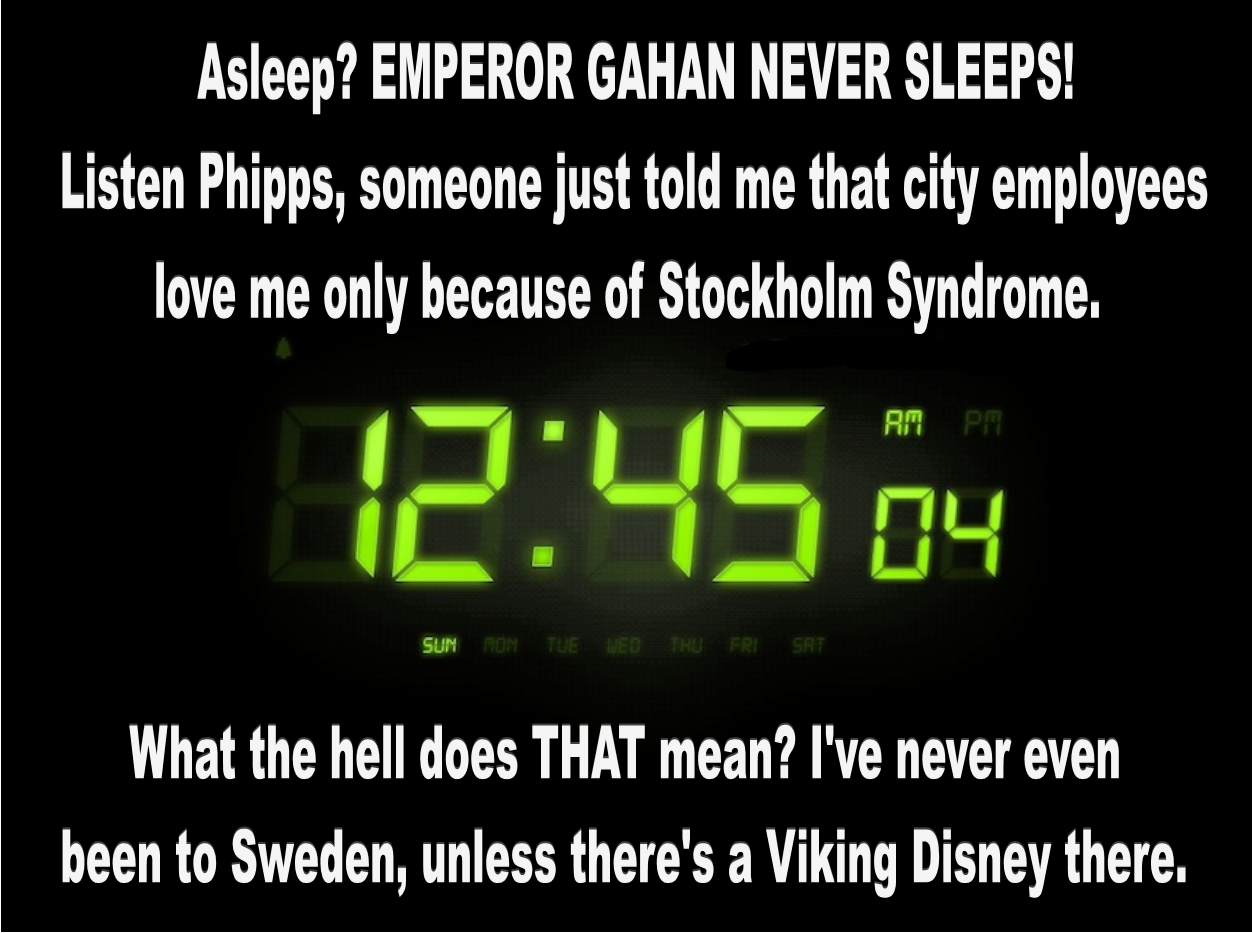 Have you been threatened or harassed by Mayor Gahan or someone in his inner circle?

If so, I need to speak with you. I’d like to hear your story, and moreover I’d like to write your story and tell your story — understandably, given the likelihood of reprisals, your anonymity is assured.

In the mayor’s race, David White is saying exactly what needs to be said.

Important Friday reading, borrowed from the David White for Mayor website. There’ll be much more to discuss about antidotes to cliquish, fix-is-in Gahanism, but these surely are the most important points for those of us in the Resistance.