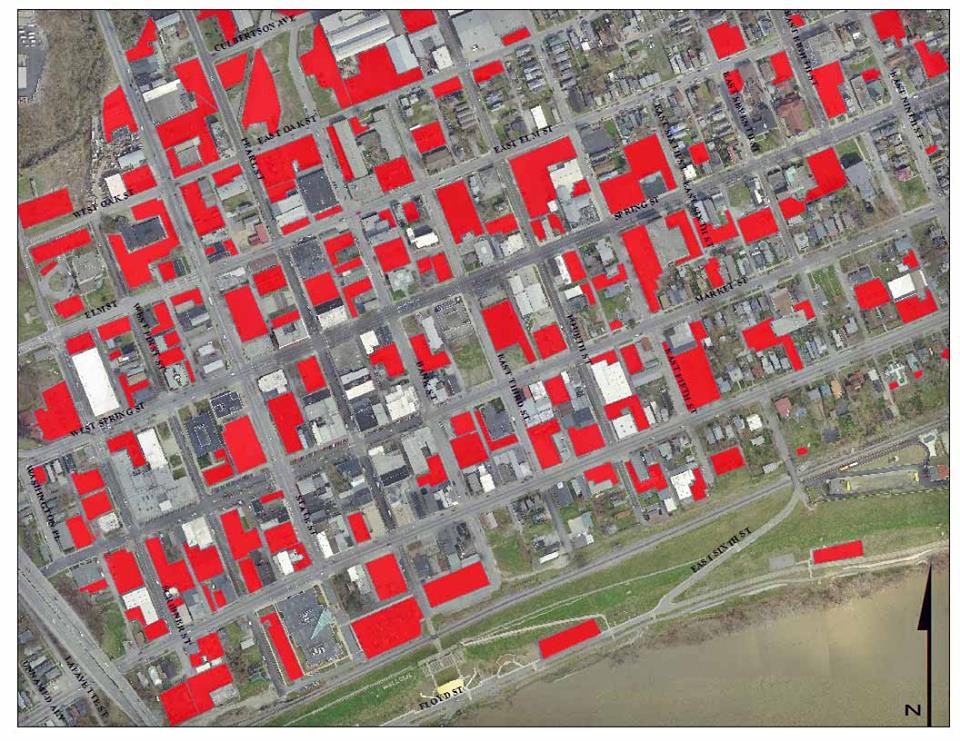 This week Strong Towns has started a series of articles pointing to the disadvantages of property taxation in an urban context, as compared to advantages from using a land tax instead (or a hybridized approach). These issues directly address our eternal blog questions: Why isn’t this building owner taking care of his property — and why isn’t THAT building owner putting something on his eyesore vacant lot?

This is utterly fascinating.

This week, Strong Towns is taking an in-depth look at the land tax and how it can incentivize a healthier, more resilient pattern of growth and reinvestment in cities.
You Get What You Tax For | What’s With That Empty Lot? | The Pennsylvania Experiment | Why Isn’t This Being Implemented?
This series is sponsored by the generous support of the Robert Schalkenbach Foundation (RSF).

As an introduction, this. I’ll be re-reading all of these links — and the series continues next week.

What’s With That Empty Lot in the Heart of the City? by Daniel Herriges (Strong Towns)

… Taxing Building Improvements is a Gift to Speculators

A parking lot in a bustling downtown is the classic example of a property where nearly all of the value is in the land itself, not the asphalt on top of it. In a rising market, you can hold onto the land and watch its value go steadily up (thanks to all the things your neighbors are doing to make the place more productive and successful). You can collect enough in parking fees to cover the taxes, and cash out when you’re ready to cash out. Your property tax bill will be relatively low, because it’s based on the sum of land value and improvements. The land may be in a central, prized location, but the “improvements” on the property (that’s tax-assessor speak for any sort of structure built on the land) are worth next to zero.

The result of this logic when you extend it to dozens or hundreds of properties is that land goes under-utilized, even in extremely valuable locations like downtown Austin—the fastest-growing large city in America. This kind of land speculation creates additional scarcity downtown, and pushes more new development to the outskirts of the city, where it incurs more infrastructure costs, more miles of driving on the part of individuals, and more gobbling up of farmland for suburban expansion …

This doesn’t have to mean raising taxes overall. Rather, cities can redistribute the burden of property taxes by either taxing only the land, or taxing the land at a much higher percentage rate than the improvements. The latter is called a split-rate property tax.

This way, those who wish to build or renovate something on their property will face no tax penalty for doing so. And those who wish to hold onto a vacant lot or use it for something low-value like parking—in effect freeloading off of the location value created by the productive uses to which their neighbors have put nearby land—will face a much higher tax burden.