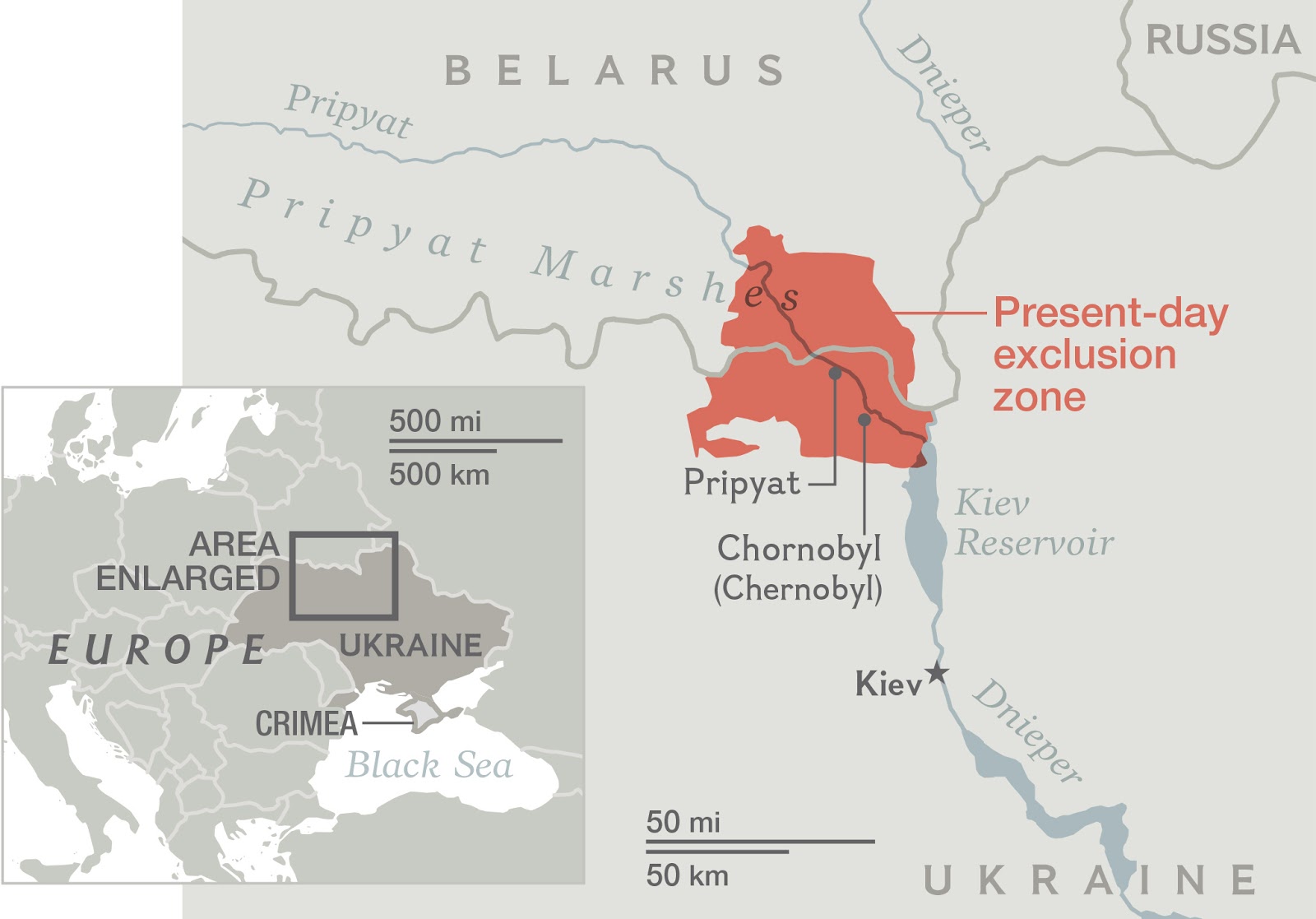 It was a minor concern at the time. I’d be visiting Eastern Europe in 1987 and traveling in the general vicinity of Chernobyl. It wasn’t being flippant to ask: what’s the real fallout from the nuclear disaster?

After all, the USSR was hardly “open” at the time. There was no way of knowing how accurate the official reports might be.

In the end I said to hell with it and followed my wanderlust. Thirty years later the memory came to a brief reference.

It’s strange what you remember, and what you don’t. The train came to a stop in Warsaw well after 9:00 p.m., and we congregated on the plaza in front, waiting for our guide and the bus to the Hotel Nowa Praga.

There was a women dressed in peasant garb, standing behind a rickety wooden table by a shoddy cement wall. She was selling admirably healthy strawberries, and none of us had Polish złoty to spend on her wares.

Barrie didn’t ruminate. Taking stock of the situation, he produced a few dollar bills that she happily accepted as illegal tender in honor of the wonderful Mr. Reagan, depleting her stock to nothing.

Then Barrie grandly announced the reason for her bountiful crop: Undoubtedly these were Chernobyl strawberries, fertilized with the fallout from the nuclear disaster the previous year.

We ate the nuclear strawberries, each and everyone, laughing all the way to the hotel.

Loth to sacrifice production targets, Soviet planners ordered slaughterhouses to mix radioactive and clean meat to make sausages. The Soviets were not alone in circulating poisoned wares: Greek wheat contaminated by the fallout was eventually blended into consignments of aid shipped to Africa and East Germany. Even now, Ms Brown joins pickers in the forests of northern Ukraine who combine “hot” and clean berries so the crop meets radiation requirements for exports.

The Economist’s review of three books about Chernobyl is elegiac and economical, proper words harnessed to sentiments for mulling over a stiff drink. Kudos to the author.

The tragedy of Chernobyl (The Economist)

… The weather was unseasonably warm on that fateful Saturday, and Pripyat was in a festive mood. Locals planned to attend weddings or to stroll into the idyllic forests they had come to love. An engineer who arrived in 1971 described the surroundings reverently: “Silence and a sense of primeval creation.” Then the safety test scheduled for that morning went tragically wrong. Anatoliy Diatlov, the plant’s deputy chief engineer, called the ensuing meltdown “a picture worthy of the pen of the great Dante”. While monitors in Sweden picked up radiation just hours after the explosion, it took the Soviet government three days to release a terse statement: “There has been an accident at the Chernobyl atomic-electricity station.”