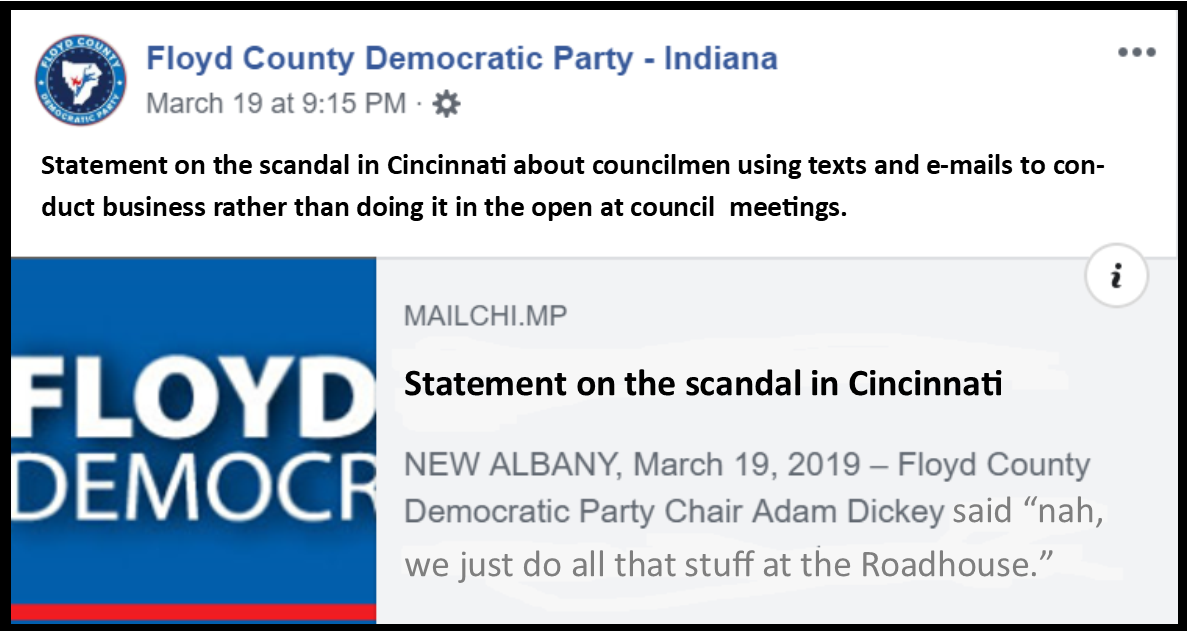 It’s a “secret” texting and e-mailing scandal in Cincinnati, and since Democrats were the offenders, NA Confidential thrust out to local party chairman Adam “Tricky” Dickey for a comment.

Well, there you have it: DemoDisneyDixiecrats supporting local independent business instead of far-off corporate calling plans. It gives me a warm and fuzzy feeling — or maybe that’s the Mezcal.

A Hamilton County judge tore into Cincinnati City Council’s “Gang of Five” Thursday, saying they violated the public trust and should quit.

“You essentially lied to the people of this city,” Common Pleas Judge Robert Ruehlman told them. “The people of the city thought that when you had a city council meeting that, in fact, was the city council meeting. But, in reality, it was a charade. It was smoke and mirrors. It wasn’t the real meeting. The real business was being handled through these emails and texts.

All “Gang of Five” council members were in the courtroom during the brief hearing: P.G. Sittenfeld, Chris Seelbach, Wendell Young, Tamaya Dennard and Greg Landsman.

They did not speak and sat in the courtroom audience. Attorneys for the city and the anti-tax activist who sued for their secret text messages sat at tables before the judge …