Last week’s sadly shambolic City Hall charade on the topic of Colonial Manor’s future proved a confusing, painful and infuriating experience for those community residents who hadn’t previously witnessed the ridiculous extent to which power and money have gone straight to an erstwhile veneer salesman’s head.

Numerous flabbergasted and angry social media conversations have taken place in the aftermath of the meeting. However this one may be the most unintentionally revealing of all. In it, a Gahan appointee and apologist is shocked … SHOCKED that Dear Leader would ever squelch public opinion.

Oh, we see it clearly now. Clique semantics explain everything, don’t they?

When Mayor-for-Life Jeff M. Gahan presents a public meeting, don’t forget to consult the bureaucratic glossary to determine whether it’s a public comment meeting or an informational meeting.

Never mind that the glossary’s city web site link probably is broken — or maybe the link leads to the web sites of Clark Dietz, Jacobi Toombs and Lanz, HWC Engineering — better yet, all three. 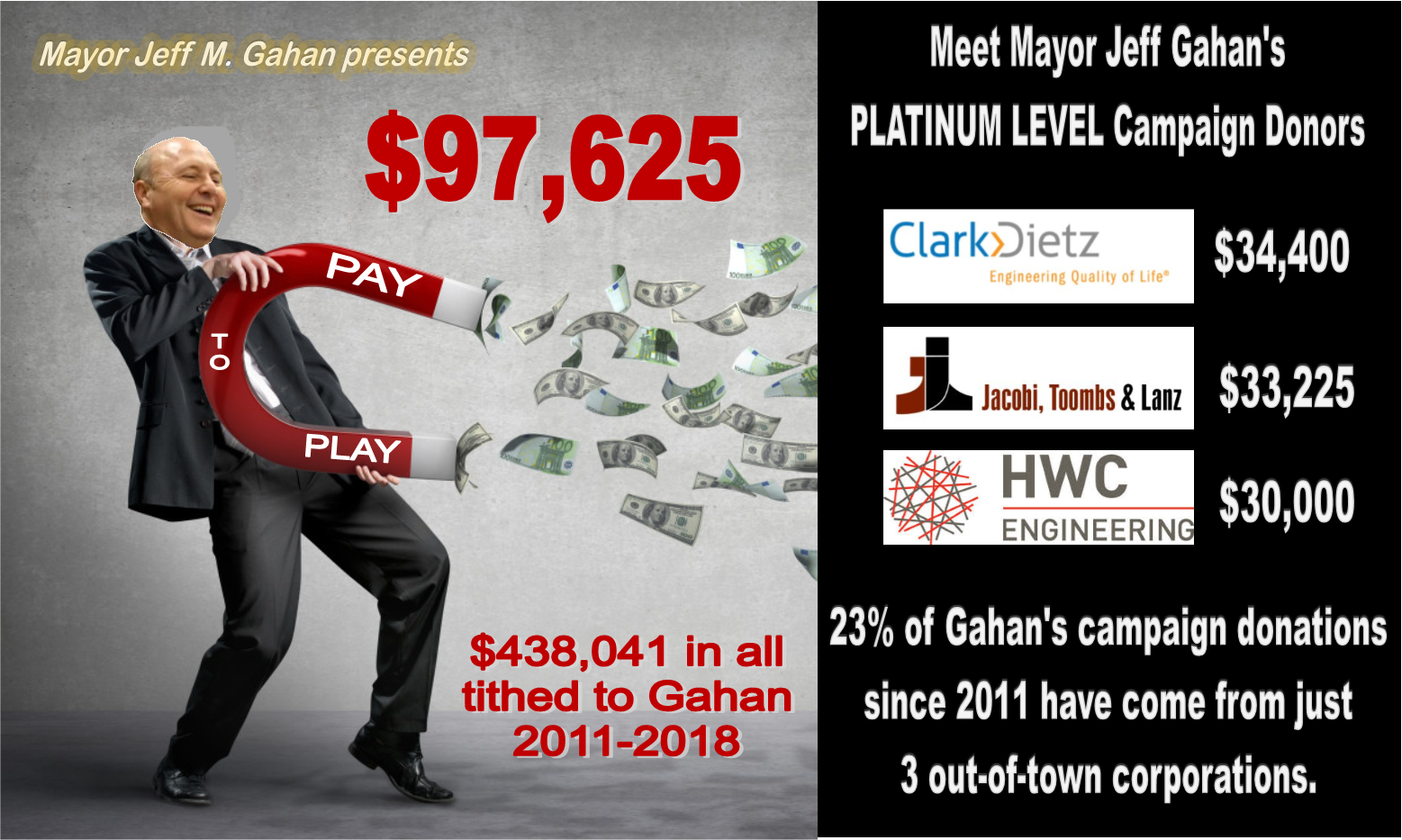 Conversely, regular folks living in the neighborhood near Colonial Manor evidently are so naive and pathetically unversed in Standard Gahanesque Gobbledygook that they thought Dear Leader might actually be interested in listening to them — but it was an informational meeting, meaning the information originates at the top with unelected “fix-stays-in” committees, and then trickles down to the rest of us.

Not only that, but the trickle’s about to become even more homogenized and cookie-cutter in nature. Note the timeline and methodology of the city’s Colonial Manor development choices:

Please, functionaries. Stop insulting the public’s intelligence. Yes, we know you believe the grassroots hive mind cannot compete with City Hall’s pathological need for top-down power, but New Albany has a genuinely meaningful public comment opportunity coming on May 7, and the informational cue is this: