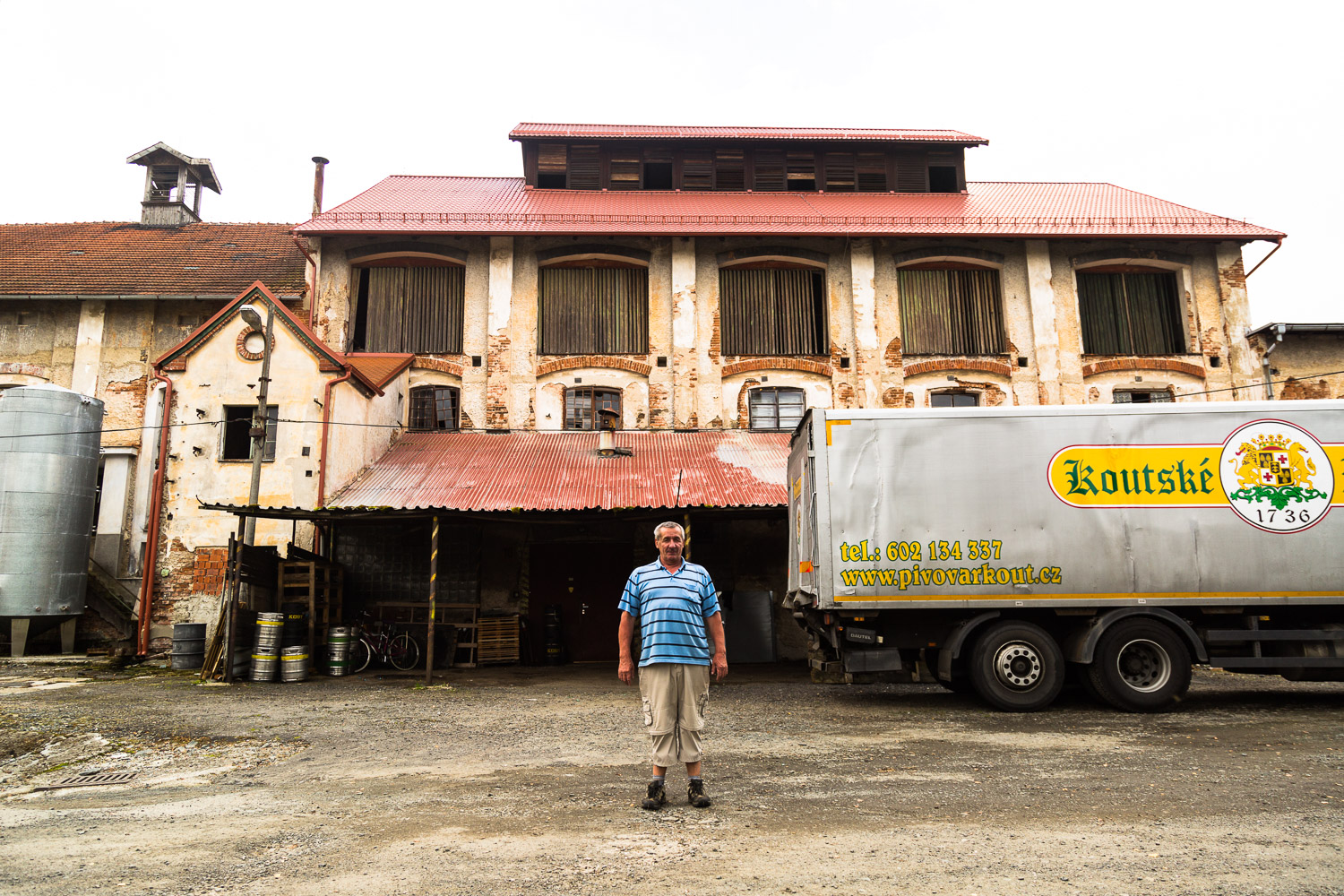 Originally from California, Evan is a long-term resident of Prague, where he writes and researches travel, food, and drink, mostly for the New York Times, as well as other publications. He generally covers central and eastern Europe, but also places like England, Italy, France, and Switzerland.

No other European locale has impacted me in quite the same way as the country now known as Czechia.

Next morning after breakfast I embarked on my orientation stroll in the nearby woods, returning to find a dirt-smudged and grinning Uncle Vlasta waiting for me, fresh from a session in the garden. He held up two oversized brown earthenware pitchers and motioned for me to follow him.

We exited the front gate and walked along the rutted dirt road, our ultimate purpose lost to me owing to our language differences. After a quarter-mile or so, we came to a battered, 1930s-era building clad in chipped stucco, residing in the shade of old, leafy hardwoods. It stood next to the terminus of a single branch rail line, one that seemed to exist solely for use by the many holiday weekenders in the vicinity.

It became clear that the structure tripled as railway ticket office, grocery store … and pub. Spying the tap inside, it made perfect sense to have a creamy draft lager and quench my thirst after the morning walk, but as an inexperienced American accustomed to cans and bottles, I still couldn’t quite fathom why we’d lugged the two big pitchers along.

Uncle Vlasta chatted with the friendly barman, who began filling them with cool beer for the journey back. Or, growlers the old-fashioned way. Some of the liquid didn’t make the trip home.

Evan Rail’s words and photos by Michael Kiser in a story about the Czech brewery called Pivovar Kout na Šumavě (coat nah shoe-ma-vyeh) summarizes just about everything that ever spoke to me about this part of Europe.

It’s ironic that my pal Bluegill posted the link on Facebook, because at roughly the same time I received an e-mail from Starlight Distribution asking for Kout na Šumavě pre-orders, as a batch of kegs are coming in June from Shelton Brothers, the brewery’s American importer.

… Beyond the forest legends, the brewery has its own weird stories: its lagering cellars were carved underneath a church where a blind beggar foretold the future to Holy Roman Emperor and King of Bohemia Charles IV in 1362. Even the crumbling brewery walls are noteworthy: they were partly built with stones and Gothic arches recovered from the ruined castle of Rýzmberk, which had been sacked by the Swedes in 1641. Supposedly the thick brewery walls had also hidden the ancient brewing log that gave Kout its secret recipe.

When a group of writers—myself included—traveled out to Kout, I remember explaining why I had my doubts about the book, and why I tell people I’m not sure it exists today: mostly because Czech beer isn’t about recipes. A good Czech Světlý Ležák is usually pretty close to what homebrewers refer to as a SMaSH, a beer made with a single malt (100% pilsner) and a single hop (100% Žatecký poloraný červeňák, otherwise known as Saaz). It’s brewed with a double or triple decoction mash, fermented cool with a Saaz strain of Lager yeast at 7-11º Celsius (45-52° Fahrenheit), then conditioned at close to freezing for one to three months. That’s the recipe.

These kegs are on the pricey side, but damn it, we only live once. We need choices like this in downtown New Albany, and I’ll try to keep half-liters as reasonable as possible. If necessary, five or six of us will drink all of it, the way we used to, even if Kevin’s no longer here to carry the weight of two men.

There is other news. Diligent readers may recall some months ago when I spoke of installing a side-pull tap for Pilsner Urquell draft at Pints&union.

If You Know, You Know — The Secret Handshake of Side-Pull Taps (Rail; Good Beer Hunting)

… Na Parkánu is the flagship pub for Pilsner Urquell in the brewery’s hometown of Pilsen, Czech Republic, and it’s worth noting that side-pull taps are used in all of Pilsner Urquell’s high-end European tank bars, which serve an unpasteurized version of the classic pale Lager from massive tanks instead of standard kegs. Stateside, side-pull faucets are also used for many important Pilsner Urquell accounts, often sitting next to the traditional beer taps pouring American craft beers.

Bryan Panzica is a national rep for Pilsner Urquell in the U.S. who installs side-pull faucets and trains bar staff to use them on a daily basis. (He got his job after coming in second, by just one point, in the international finals of a Pilsner Urquell tapping competition in the Czech Republic.) I ask him to describe the difference between a traditional beer tap in the States and side-pull faucet from the Czech Republic.

“An American faucet is an on-off switch. It’s either on or it’s off. That’s it,” Panzica responds. “The side-pour faucet is more like a dimmer switch. You can get various degrees of foam. If you open the faucet 15 degrees, you’ll get straight foam, but if you open it 90 degrees, you get straight beer.”

I felt it prudent to delay taking this step until the Midwest’s most powerful wholesaler finally got around to ensuring we wouldn’t run out of Pilsner Urquell kegs — which took only six months of patience on my part.

Now we’ll be getting the side pull done, then learning all over again how to pour a beer the right way. It’s yet to be seen if anyone will want a Mlìko, but who knows? It makes as much or better sense than milkshake IPAs.

Mlíko: In the Czechia, a foamy beer is a sweet and creamy treat (Atlas Obscura)

Residents of Czechia drink the most beer per capita of any nation on Earth. Its residents gave the world pilsner. And when beer fans in Prague order a cold one, they aren’t just tasked with choosing favorite brew—they can select their preferred pouring method, as well. Mlìko, or milk beer, is a style that renders a whole beer white and foamy, resembling a tall glass of milk. 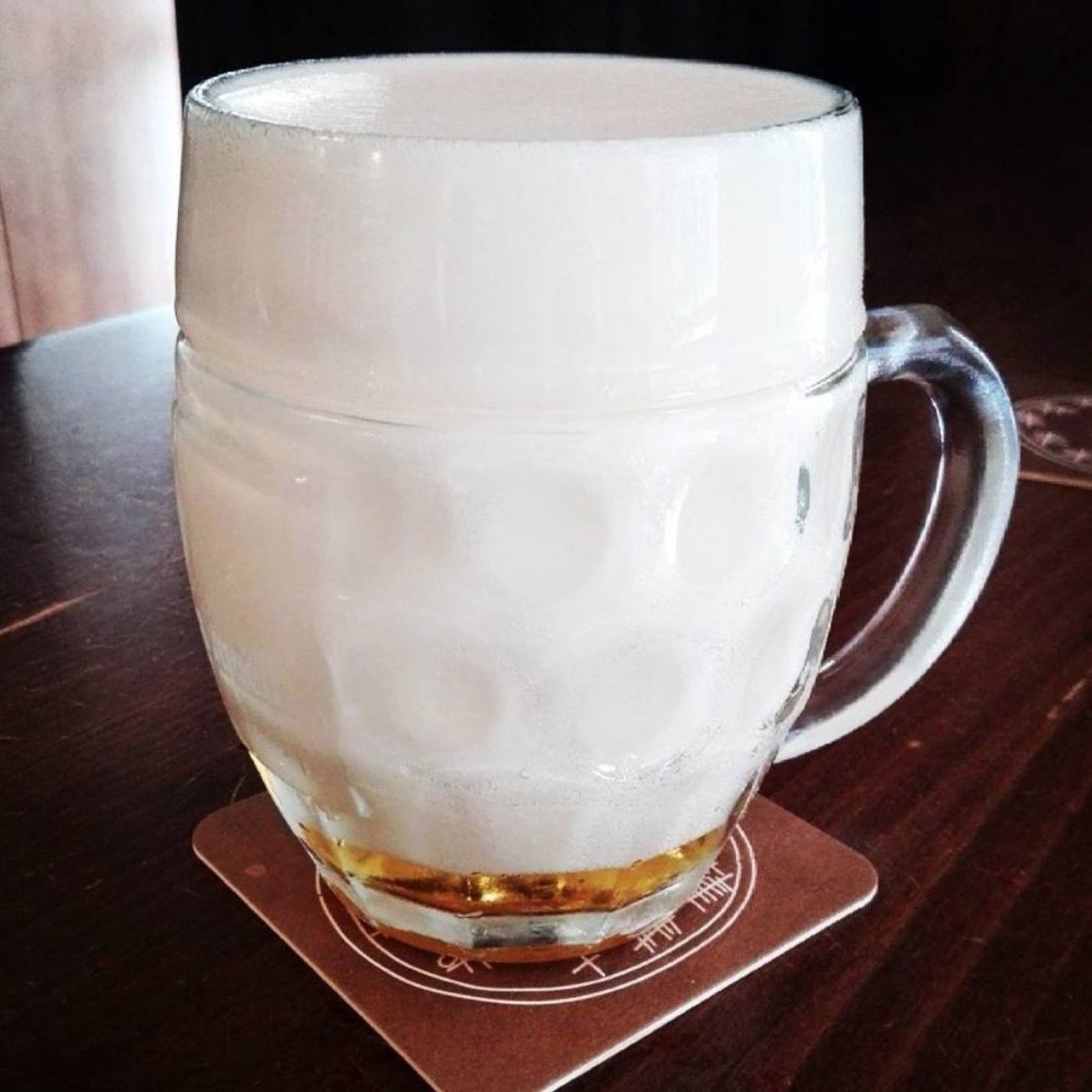