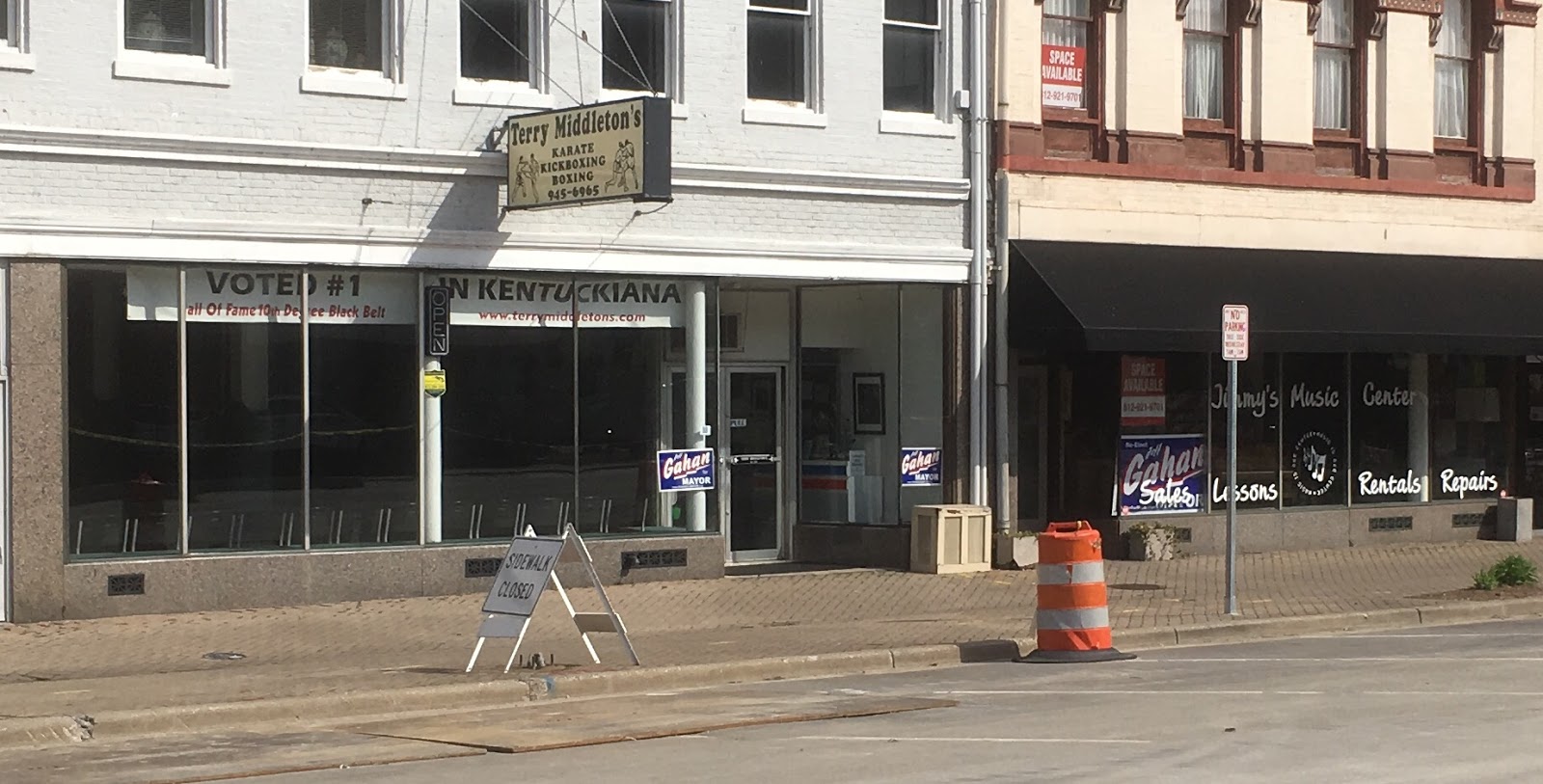 Read carefully before jumping to a conclusion. We’ll never make progress with sticky wickets if we don’t examine them, because if the pitch isn’t wet, the wicket isn’t sticky. 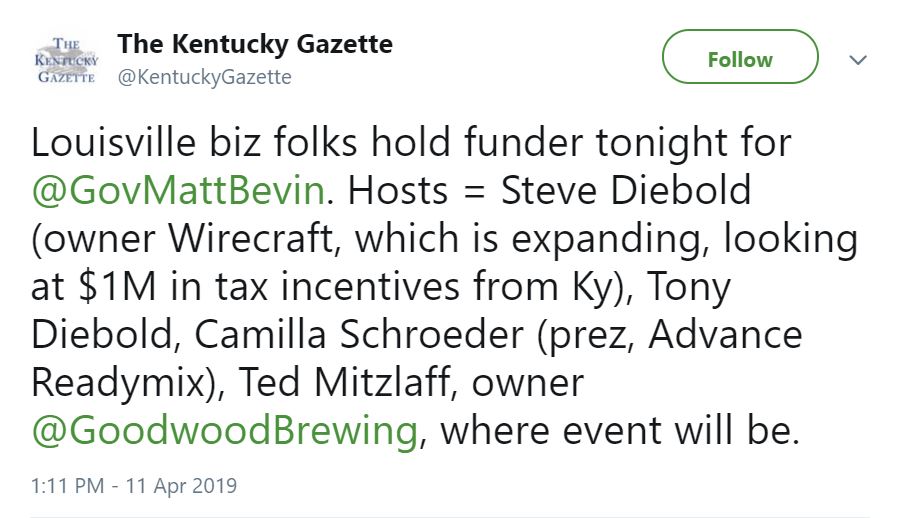 The question: Do independent business operators, whether Goodwood’s Ted Mitzlaff, or New Albany’s Terry Middleton and Jimmy Gaetano, have the right to support, endorse and display the signage of a particular political candidate?

Of course they do.

Will doing so offend customers?

Maybe. It might also attract customers, the point being that such a calculation is the independent business owner’s (or ownership’s) decision to make. I understand there might be numerous, more extreme counter examples — for instance, what if Nazis are the fundraisers in question?

But in these two instances, the examples are not extreme. Both Bevin and Gahan are members of legally chartered political entities, and both came to power by means of (generally) fair elections. Nazis, Communists, personality cults and gay wedding cake refusenik bakeries are other cases for other, more in-depth and wider ranging discussions.

I’ve met Mitzlaff only once. He’s far more of a capitalist than me, and quite capable of running the numbers. Consequently, there’s nothing to see here.

Everyone pays lip service to capitalism, but I’m not sure how many Americans have a clear understanding of street corner capitalism at its most basic, as when they insist there somehow exists a “right” to better service at a chain restaurant drive-through, or demand that local government gift them with a Trader Joe’s.

Do grassroots independent business owners/entrepreneurs have a right to attract or repel customers as they please, by taking “sides” politically when those sides are regarded as legitimate by most of us even if we disagree with specific tenets?

If there’s a backlash, it’s also their right to handle it in their own way, at their own speed. As Dan Canon pointed out, Goodwood’s response to Twitter criticism was to copy and paste, again and again.

Goodwood does not discriminate on any grounds including, but not limited to, race, religion, sexual orientation, political beliefs. We are open to all regardless of political affiliation. We foster an atmosphere where ideas may be expressed, whether we are in agreement or not.

Yes, Goodwood loses style points for being robotic and avoiding individual replies, but my internal calculation revolves around this: Does the non-discrimination disclaimer ring true?

In my past dealings with Goodwood, irrespective of my feelings about the company’s beer (generally favorable), has the brewery ever done anything to contradict the non-discrimination disclaimer, as copied and pasted?

Not to my knowledge, at least insofar as I’ve been aware — and note that owner Mitzlaff’s right-of-center political orientation is not exactly a secret.

Does holding a fundraiser for a sitting elected governor contradict Goodwood’s non-discrimination disclaimer?

Is it a good idea for a business owner like Terry Middleton in downtown New Albany to take sides in the mayor’s race?

It’s as simple as that, and so this is one bandwagon I’m not hopping aboard, primarily because there are far more important issues.

For seven years I sat on the board of the Brewers of Indiana Guild, and — surprise! — my fellow board members represented a broad range of standpoints. Not all of them had tattoos and beards (in fact there were too few women and minorities, but I believe this imbalance has started shifting since I departed).

Some were right, some left. There were Clinton voters and Trump voters, hippies and button-downs. My takeaway is that for those of us preaching diversity, we must be prepared to live diversity in the real world — or else, we’re hypocrites.

As a postscript, regular readers already will have located the main point as it pertains locally, this being to Terry and Jimmy posting partisan political signage downtown. I just wish they understood that they’re privileged in being able to do so, because other downtown business owners like them, who might like to post White, Seabrook or Coffey signs, won’t do so because they know from experience that Gahan’s allegiance-obsessed City Hall would harass them.

Such harassment plainly occurred in 2015, and yet these two indies remain blissfully unaware. I acknowledge their “right” to be oblivious, but find it annoying all the same.