The reason why we’re always talking about TIF?

Because of the legal stipulation that TIF expenditures for property purchases above the appraised amount must come with approval by elected officials (as opposed to the usual appointed functionaries), city council will vote this evening on a resolution favoring the use of TIF funds by the Redevelopment Commission to purchase the moribund Colonial Manor shopping center from absentee owners.

It should be an interesting evening. The Green Mouse has tonight’s tally at 4 council persons for, and 4 against, with Nanny Barksdale as the swing vote.

But is he really swinging?

Almost certainly not. Barksdale already has voted “aye” at Redevelopment for the Colonial Manor power play, and while nominally Republican, he’s rubber-stamped Jeff Gahan’s mega-spending almost as often as Greg Phipps (a Democrat).

This one’s a done deal, so read why TIF shouldn’t be.

The Trouble With TIF, by Tanvi Misra (CityLab)

Cities love to use Tax Increment Financing to boost development. Should they?

… After reviewing available research on the implementation and impacts of TIF, (Professor David) Merriman concludes that the mechanism, while helpful in some ways, leaves a lot to be desired.

“In the end, it can be a valuable mechanism,” he said. “It’s not something I’d like to get rid of—but it deserves a lot of scrutiny because public sector dollars are being re-routed into a different task, away from general purpose funds.”

To understand what he means, let’s first explain how TIF works: When a city designates an area as a TIF district, the property value of all the real estate within its boundaries at that time is designated as the “base value.” This is the amount that, for a set amount of years after the fact, generates revenue through the city’s property tax process. Everything over and above that, through an increase in value of existing real estate and new development in that time frame, goes into a separate fund earmarked for economic development.

The city can then use this second pot of money to lure private investors with loans and subsidies for commercial projects, or to make public projects more attractive.

Critics often charge that (TIF) funnels money out of the taxpayers’ pockets into a special fund that, by and large, works in a pretty opaque manner. While some of that money funds essential public works, much has also gone towards erecting new Whole Foods, renovating glitzy hotels, and building stadiums—the type of projects, one might argue, should not require such incentives. And the evidence Merriman analyzes suggest they may have a point. He shows that, in most cases around the country, the tool did not fulfill its main goal of boosting economic development.

“On average, [TIF] may be moving development from one part of the city to another, and changing the timing of the development, but there’s not more development than would have otherwise been made,” Merriman said.

In addition, this is a tool with several drawbacks. According to Merriman, TIFs might “capture” some tax revenue above the capped “base value” that may have been generated anyway through natural appreciation in property values if the TIF hadn’t been created. This is money that taxpayers might have otherwise paid directly towards an overlapping school district, or for public services. And while TIF is not a direct tax increase, it may lead to higher rates or service cuts elsewhere, if the city plans on bringing in the same general property tax revenue as before TIF.

“If property taxes are higher—if the rates are higher—then the TIF money has come of the taxpayer’s pocket,” Merriman said. “It’s a diversion in that way.”

In other words, TIF doesn’t exist in a vacuum. Like other tax incentive programs, it may have the adverse affect of creating competition between neighboring jurisdictions in a way that is not always beneficial—all for outcomes that are mixed, at best.

Perhaps the biggest concern with TIF, though, is that of transparency, because of the way this mechanism effectively bypasses the public municipal budget process.

“Once a TIF is created, the operation of a TIF receives less scrutiny than other spending,” Merriman said. 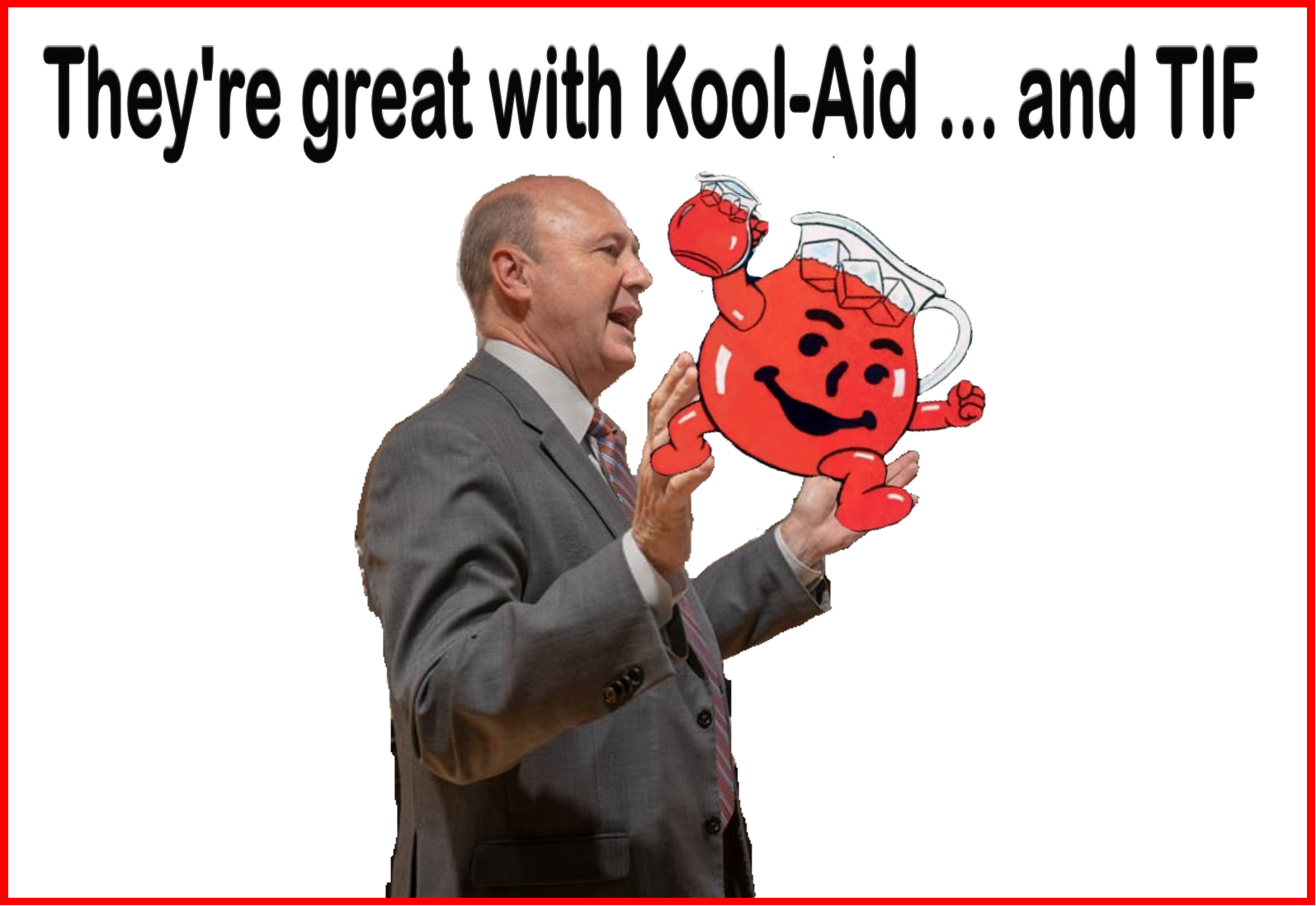