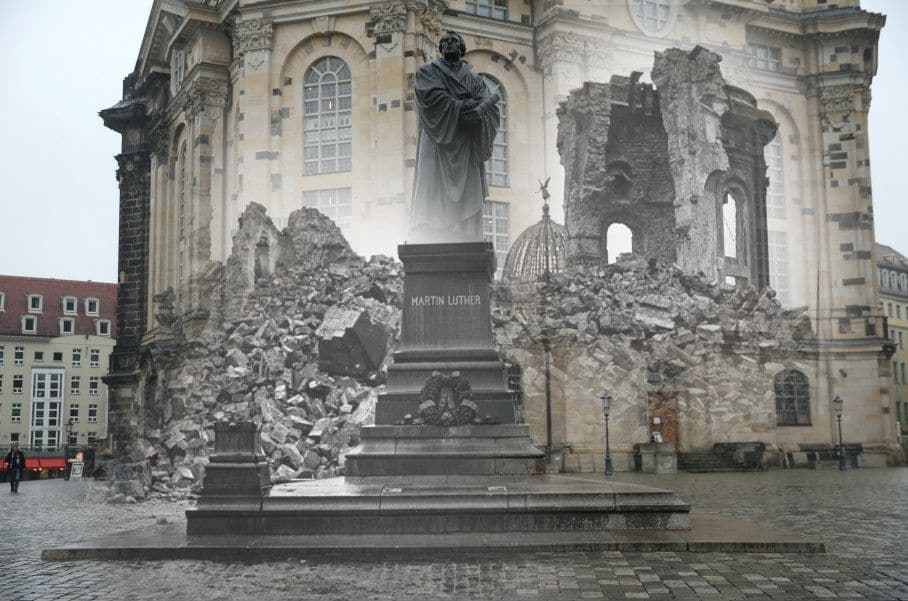 The first thought that came to my mind when reports began appearing about the fire at Notre-Dame de Paris was the fall and rise of the Frauenkirche in Dresden.

I last visited Dresden in 1991 (apart from a brief interlude changing trains in 2006). At that time the ruins of the Frauenkirche had been allowed to remain piled where the stones fell after the catastrophic Allied bombing raids in 1945. Dresden was part of East Germany, and the Communists were quite content to use the ruins for propaganda purposes.

Photos: 70 years ago, Dresden was destroyed. Here’s what it looks like today, by Rick Noack (Washington Post)

For decades, the communist regime of East Germany refused to rebuild the most historic and well-known landmark of Dresden — the city’s dominant Frauenkirche church. Its ruins remained untouched as a symbol against war and as a memorial for those who were killed. After the fall of the Berlin Wall, the church was finally rebuilt. Together with other sights and monuments, it now dominates the skyline of Dresden once again.

In assessing the prospects for repairing Notre-Dame, the Frauenkirche is a good place to start.

The damage to Notre Dame cathedral is massive: The roof was destroyed, a spire collapsed and the stone was exposed to immense heat. What will efforts to rebuild look like? We asked one of the engineers behind the reconstruction of Dresden’s Frauenkirche church.

In Paris, it could have been worse.

Flames consumed the roof and spire of the 13th-century cathedral in Paris. The good news: Gothic architecture is built to handle this kind of disaster.

As the world watched in horror, Notre-Dame Cathedral erupted in flames on Monday evening in Paris, sending massive plumes of smoke rising from the Île de la Cité in the medieval heart of the city. Flames swiftly consumed the entire roof of the structure, and elements of the cathedral, including the central spire over the crossing where the transepts intersect the nave and chancel, collapsed into the blaze. One of the world’s greatest surviving works of Gothic architecture—a monument that had endured for more than 800 years—appeared to be in danger of complete destruction.

But it has survived: While the damage to the interior of the historic building is still uncertain, the fire did not consume Notre-Dame, according to authorities in Paris. The blaze stopped short of the two belfry towers that house the cathedral’s immense bells, the site immortalized by Victor Hugo in The Hunchback of Notre-Dame. “The worst has been avoided even though the battle is not completely won,” said French President Emmanuel Macron.

That’s the good news about Gothic architecture: It’s strong stuff, built to withstand even an inferno.

“It’s not that they’re designed to be burned down, but it’s designed so that if the roof burns off, it’s hard for [the fire] to spread to the rest of the building,” says Lisa Reilly, an associate professor of architectural history at the University of Virginia and a scholar of medieval architecture. “In the Middle Ages, the thought was that stone vaults [could be] used to prevent the spread of fire.”

The layers to this discussion are many in number, but I’m not interested in taking a position on the “people versus buildings” debate, at least today. After mulling the Frauenkirche’s reconstruction, I found myself thinking about my Sarajevo sojourn in 1987, and later seeing the photos of places I’d visited in the city bombed to rubble during the ensuing Yugoslav civil war. It all might be summarized by the fact that not a lot of what you’ll see in European cities is “original.”

As devastating as this fire is, Europe has been here before: Wars, accidents, and natural disasters have claimed a great many architectural treasures over the centuries.

And a great many of them have been rebuilt, as will Notre-Dame. Here’s a view from the roof in front of the belfry towers, which I took in 1985. 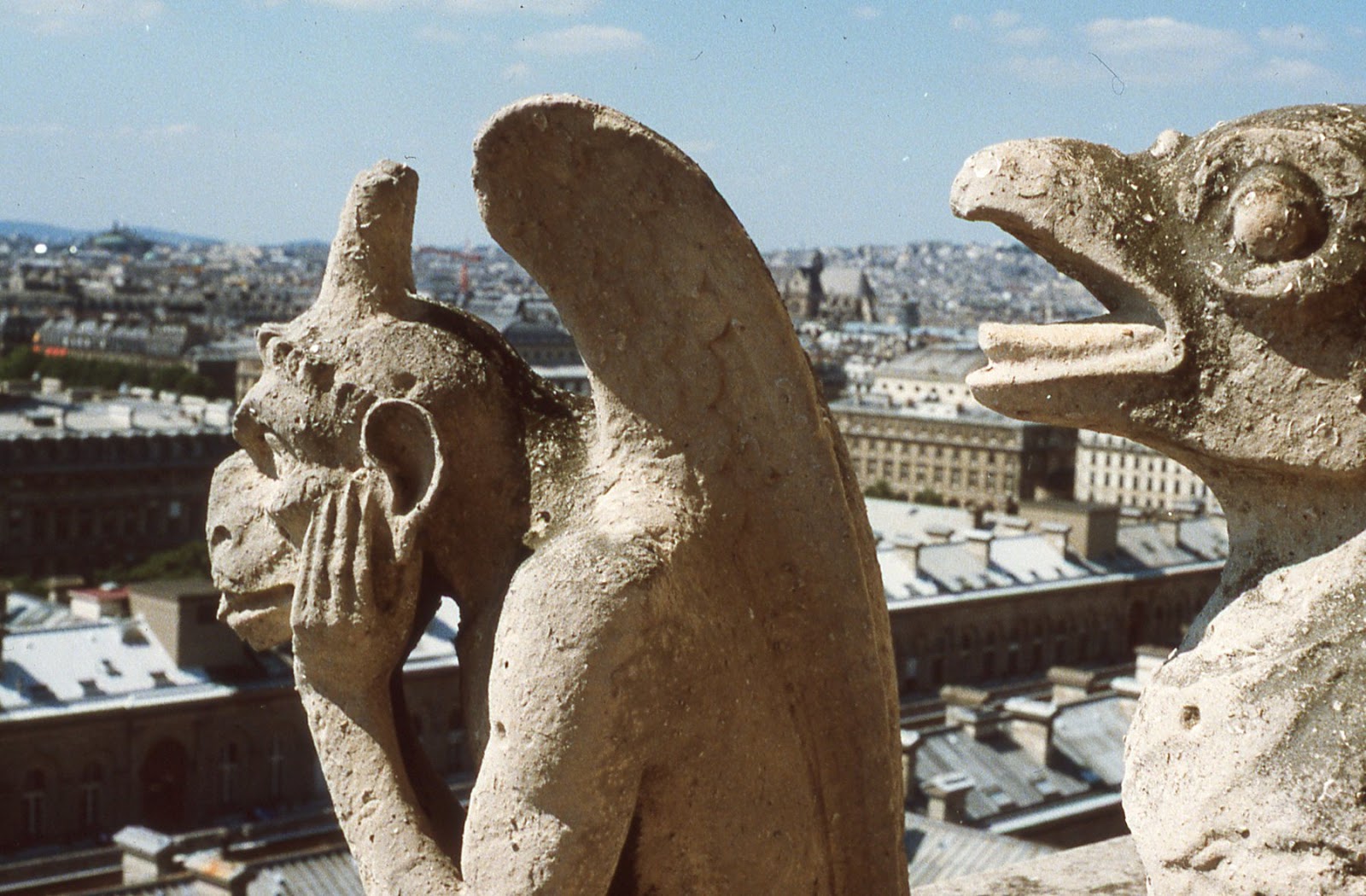