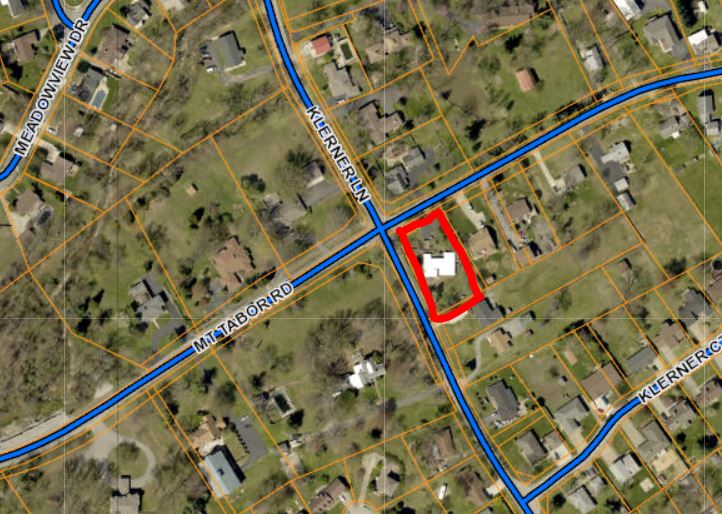 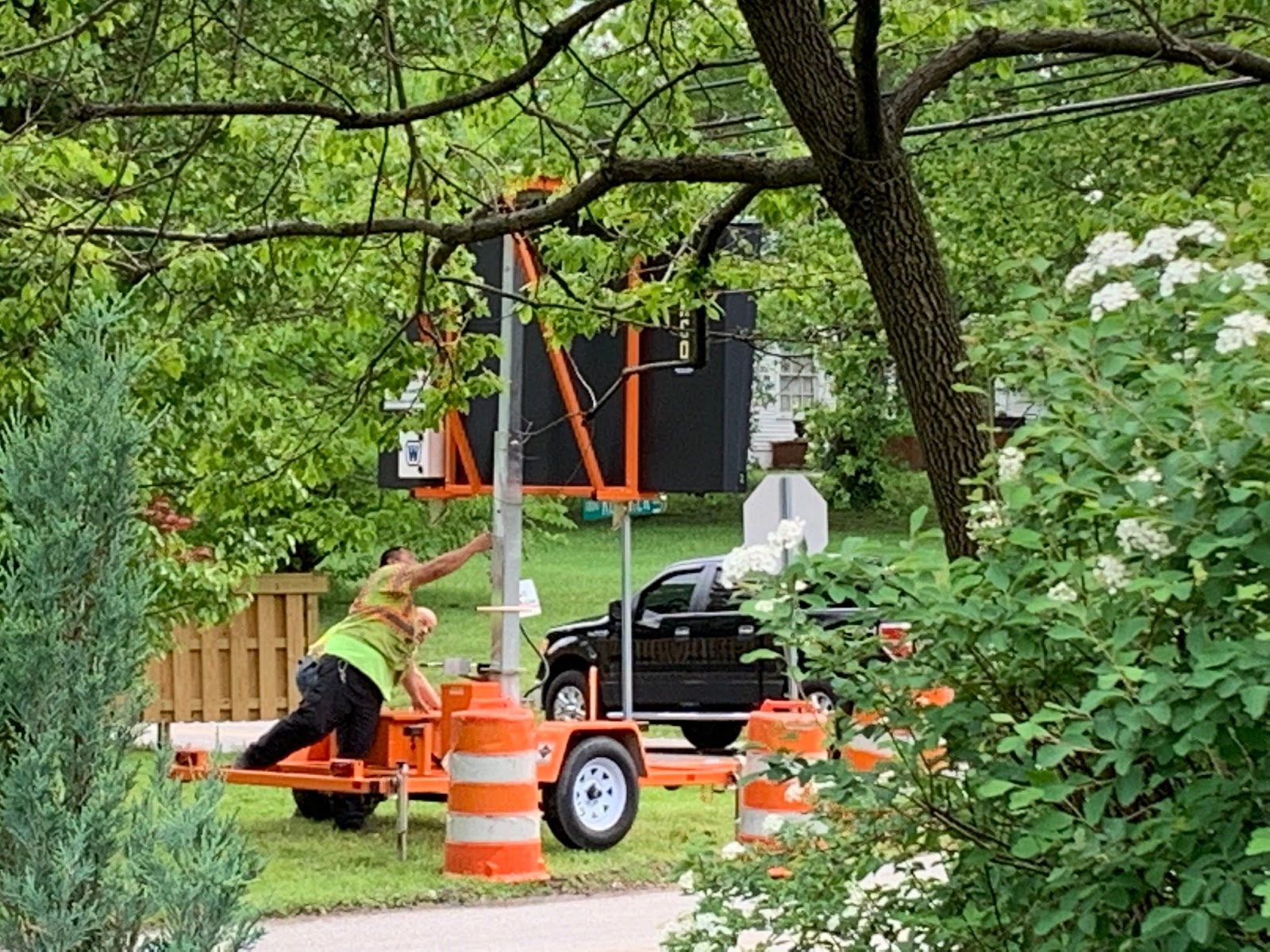 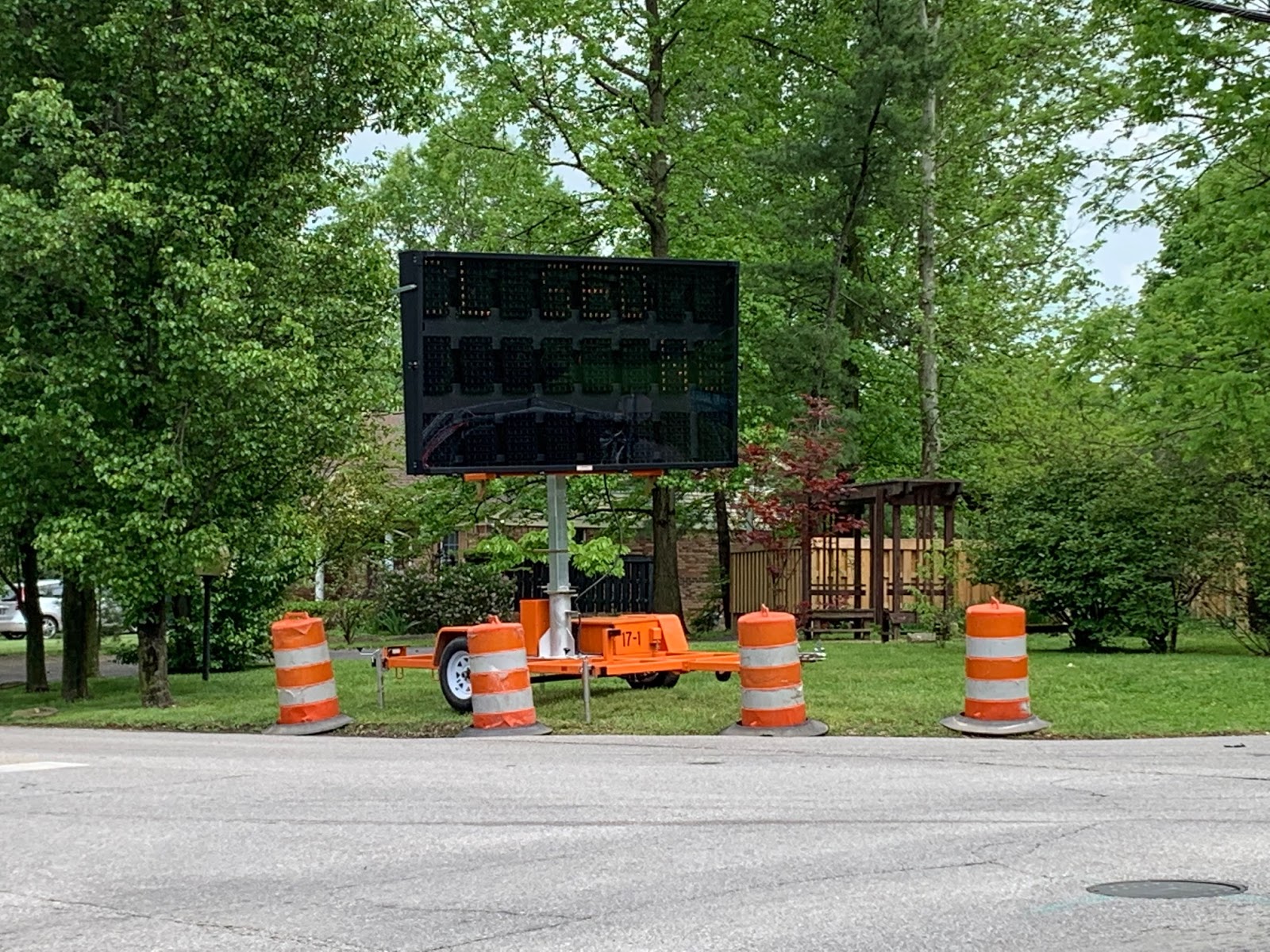 The grandiosely titled Mt. Tabor Road Restoration and Pedestrian Safety Project (were they paying Pinocchio Rosenbarger by the syllable?) continues to wreak havoc.

It appears the signage has been placed in the yard to inform motorists about erosion repair work being done to the east of the intersection, near Kahl’s.

According to a neighbor, the sign’s placement means drivers on Klerner Lane can’t even see it to read it.

It’s more proof of Jeff Gahan’s default instinct to abuse his power, as when he released a propaganda video directed against Colonial Manor activists to coincide with their recent listening session.

Coincidence? Not likely. Those who’ve observed the evolution of Gahan’s vindictiveness knows what a huge role obedience plays in his top-down style of misgovernance.

Ask the downtown business owners in 2015 who were threatened by city functionaries about signs in their windows touting Gahan’s opponents.

I have no doubt the sign depicted above is more of the same.