From the guy who says dissidents like me have a “hateful nature.”

You and I aren’t going to see things the same way, that’s a generational thing. I look at the good things that have happened and want to see this city keep trending upward and to be a place I want to keep living. That’s what’s important to me now and in the future. You have to spend up front to fix years of problems and my greatest fear in a White Mayorship is that progress would stop and this city falls backwards all because of economic ideology.

In reality, math isn’t an “economic ideology.” Unsustainable debt comes closer to the mark. If the debt load crushes us, there’s no moving forward in ANY capacity; unlike the Feds, we can’t print money.

Isn’t it also the case that the city’s residents living under the poverty line — 25% or so — have seen very little of the forward motion to which Gahan’s misleading rhetoric constantly refers.

Just because you’re young doesn’t mean you’re numb, or dumb. Look behind the curtain and see how things really are. It isn’t bright and shiny at all. Here’s the city council agenda for this evening. 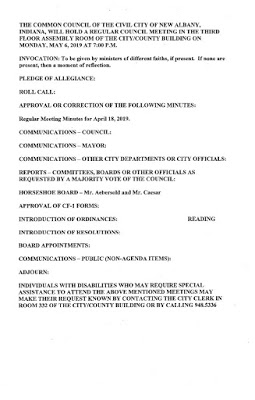