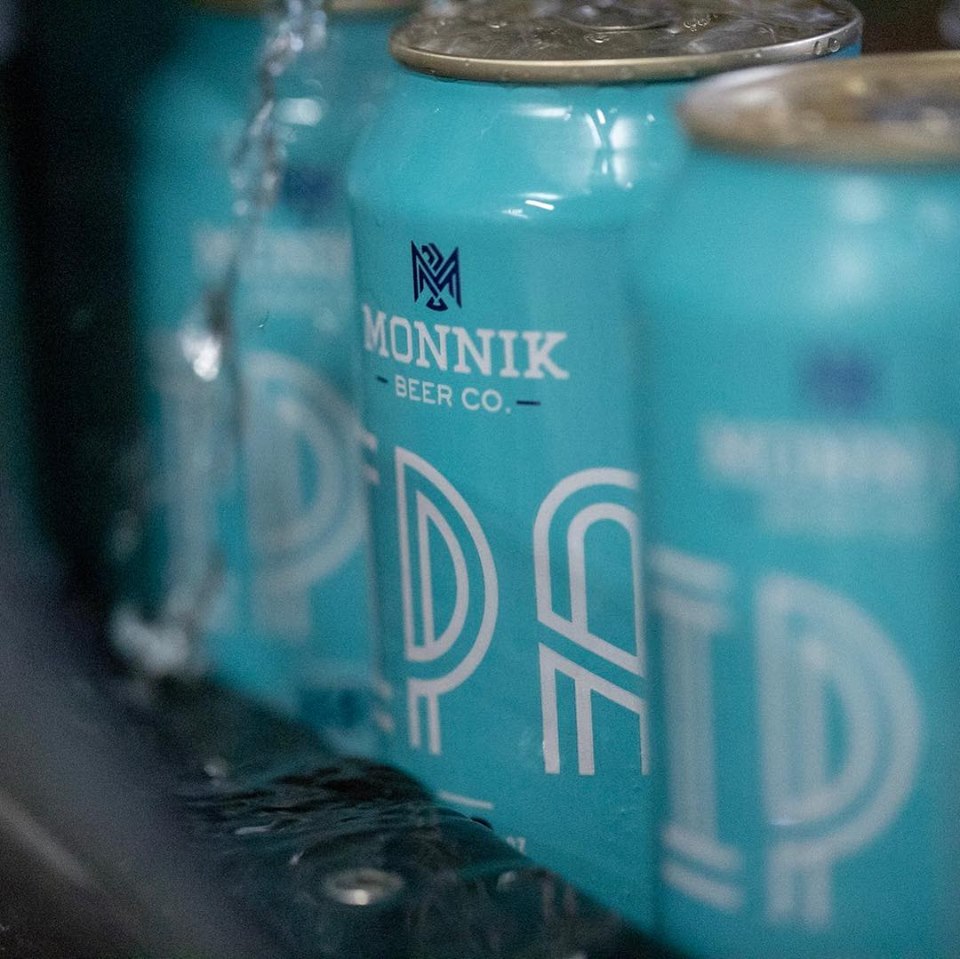 Monnik Beer Co. has an announcement to make about canning its Hauck’s American Pilsner and Monnik India Pale Ale (IPA), and the release is reprinted here.


It so happens that two cases of Monnik IPA in cans are coming to Pints&union on Wednesday via Starlight Distribution, Monnik’s wholesaler in Indiana, so if you’re interested in trying some without driving over to Schnitzelburg they should be chilled in time for opening at 4 p.m.


Louisville brewpub Monnik Beer Co. is now canning two of their popular brews, Hauck’s American Pilsner and Monnik India Pale Ale (IPA). The canned beers will be available in local retailers by late May of 2019.


Located in the heart of the Schnitzelburg neighborhood of Louisville, Monnik Beer Co. has been brewing craft beers and serving unique spins on Euro and American fare since 2015. Owners Brian Holton and Ian Luijk are committed to producing excellent beer and growing their presence in Kentucky’s brewery community. Canning their beers was an obvious next step in their goals for the future.


“Canning has always been part of the plan,” says Brian Holton, co-owner. “We want to create a strong neighborhood brewery and brand. Canning is a way for us to get our product out in people’s hands and expand our reach beyond drafts.”


Monnik Beer Co. began the process of canning their beers in the fall of 2018 by initially using a mobile canner. The company has since moved away from outsourcing, having canned their first batch in-house in February. The canned beers are distributed through their partner, Dauntless Distributing.


“We’ve been a proud partner of Monnik before their first pint was poured and have had the pleasure to grow our business alongside theirs,” said Michael Minton, owner of Dauntless Distributing. “The development of their canning program is another exciting chapter in our collective story.”


The brewery chose to start with canning its two most popular brews, Hauck’s American Pilsner, clean, crisp and drinkable, like the beers that built America, and their India Pale Ale (IPA), a juicy citrus flavor with an aroma of pine resin and tropical fruits and a solid, bitter foundation. These two fan-favorites will be available all year-round, and 6-packs are priced at $10.99.


The cans’ design, created by artist Bryan Todd, includes icons and Dutch phrases that represent the company’s core values. An icon depicting a shot-gun house with the Dutch word for home, “gezelligheid,” is a nod to the Germantown and Schnitzelberg neighborhoods and signifies the company’s desire to foster a place of community within their taproom. The brewpub’s name was inspired by the Dutch word for “monk,” which embodies the intense focus and diligence Holton, Luijk, and the team brings to their craft.


Holton says the company plans to continue canning more of its signature brews in the coming months, with the “Ginger Saison” slated for release this summer and the “His Dark Materials” stout for this winter. Monnik Beer Co. will also be sponsoring this year’s Coat Check Pool Party at American Turners-Louisville, where their new canned beer, the “Coat Czech Pilsner,” will make its debut.


Monnik Beer Co. offers a curated selection of 20 beers on tap featuring a mix of flagships, rotating seasonals and one-off brews, with a menu of delicious appetizers, burgers, and main courses inspired by American and European traditions. Excellent beer is what they do. For more information, visit https://monnikbeer.com.