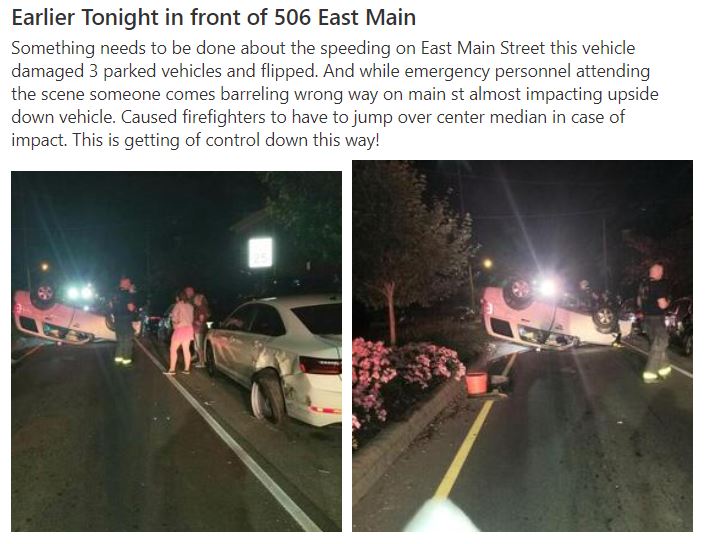 This is the fourth such wreck I can recall; there may have been others. I looked around on local media and could find no coverage of this one, so kudos to the citizen journalist at Nextdoor.

It is a matter of genuine curiosity for me as to why so many drivers bounce off the median eastbound at the starting point of beautification. I’d guess the drag strip speeds coming out of the stop light at Pearl, given that the city refuses to calm the section of Main Street between Pearl and 5th.

Maybe someone will ask during the CNU 27 tour on June 14. I seem to recall Speck speaking against medians.

Gahan, Rosenbarger set to go full frontal Pinocchio about their urbanism credentials when the Congress for the New Urbanism 27 meets in Louisville June 11-15.