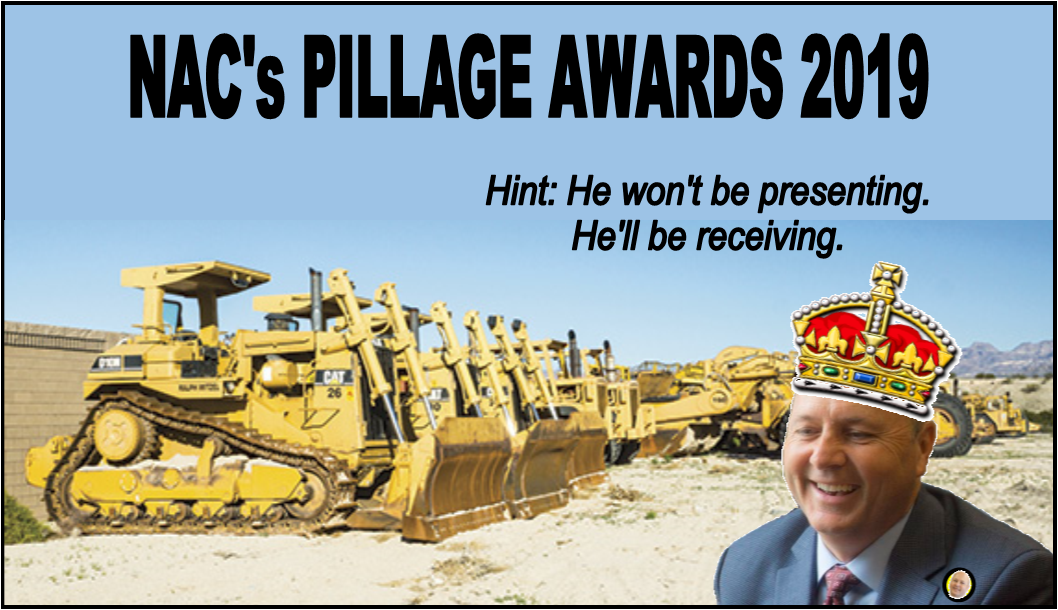 There are so many vacant lots to choose from. Anyway, here are the categories.

One to three awards will be granted in any one year, depending on the number of press releases set to local media outlets.

The disinvestment might be in the neglect of historic structures, skinflinting a new structure, or torching just about any structure, and should have been substantially completed (or burned) in the previous year ending May 31st. The number of awards granted will be determined by the staff of NA Confidential based upon nominations received, and after we consume enough gin to steady our voting hands.