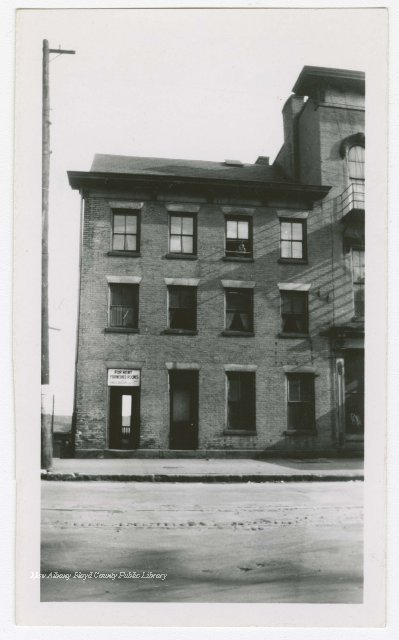 It’s been a crazy couple of weeks in local food and drink circles.

Cox’s Hot Chicken’s location in New Albany closed, then it was revealed that the space would become Boomtown Kitchen, a name recalling a short-lived festival.

Seems that every one’s an expert when it comes to food and drink on the Internet — even me.

ON THE AVENUES: Challenges are forever, but downtown New Albany’s food and drink purveyors keep on keeping on.

Consequently it’s refreshing to have Matt McMahan tell the story, which he did earlier today on Facebook. Whatever one’s opinion about Matt (and there are many, as with me) his grasp of dollars and sense in a small business context cannot be denied. Big Four was successful, but the purchasing group couldn’t hold it together, so Matt brokered a different outcome.

Zero drama, just the facts. The Boomtown Kitchen idea sounds pleasingly old-school to me: just be a restaurant and please diners. Let’s hope it flies high.

Matt has given permission to reprint here.

Just finally read this article* last night … it’s funny how the local paper calls and emails me 20 times for an interview acting all nice then when they get what they want they write about negatives instead of positives. The whole time they try to get me to say something bad about someone. That’s all they feed off of. Pretty sad honestly. Here’s what should be said about the whole situation:


We ran Big Four Burgers for 5 years in Jeff and 3 years in NA … yes, we had some bad service but overall we were successful. The entire time BFB posted quarterly profits. I own the building in Jeff and leased the building in New Albany. I decided to sell both concepts to relieve some stress. A group of guys purchase both stores. I financed the deal to the buyers. When they bought the stores their intentions were to rebrand as Big Four Brewhouse. Several months in they decided to go a different direction. I didn’t like that decision because I believed in our product but that wasn’t my decision. Nor did we have any contract for them to NOT be able to do it. They had different partners between both stores. New Albany store partnership fell apart and the easiest way was for me to step in and take back the store. Their Jeff store is still going strong and doing fine.


I just hate how they say “Three concepts to try out Southside space” as in the other two failed. It’s the American Dream to build a business from NOTHING and sell for a HUGE profit. Which I did. The new owners had a dream and took a HUGE chance and spent a lot of money on their dream. I believe if they had a better working relationship with partners they would still be in business today. With that being said, everything happens for a reason. The Collins are going to absolutely crush it with Boomtown Kitchen ! So #SupportLocal and don’t be a hater!