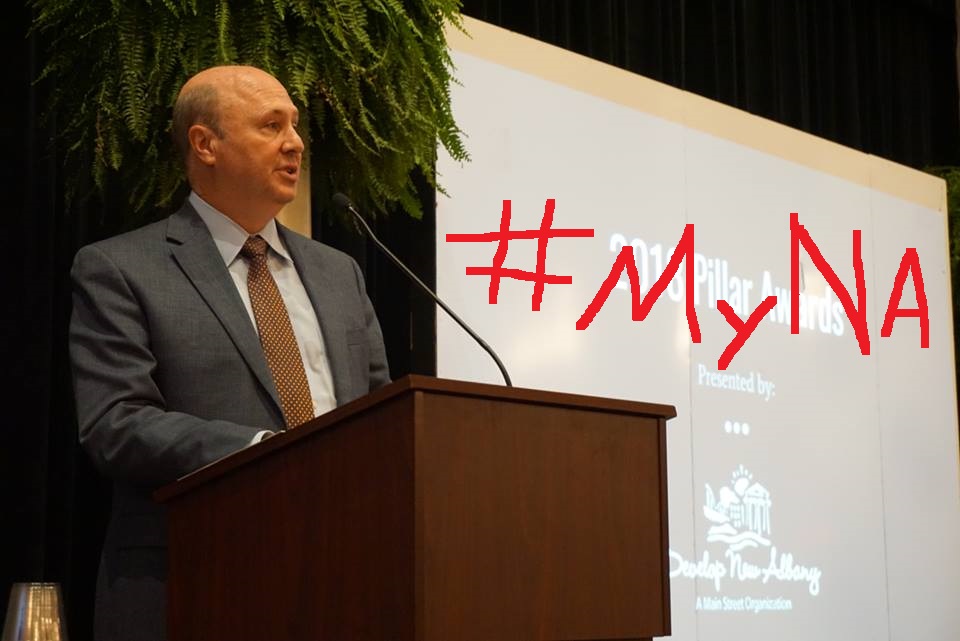 Anything I might say about DNA’s Pillar Awards would be superfluous (not to mention likely to be misinterpreted), so I’ll confine my remarks to just one statement, which is not to be taken in any other way than straightforward and accurate:

For so long as Todd Coleman doesn’t receive one of these awards, they’ll continue to be meaningless.

Why am I saying this?

Because it’s true. Now on to the boilerplate.

The partial first sentence is followed by the obligatory inclusion of our Genius of the Flood Plain, as eloquent as usual without someone literate to spoon-feed him a script.

New Albany Mayor Jeff Gahan praised the organization for promoting the downtown and hosting events to bring people to the area.