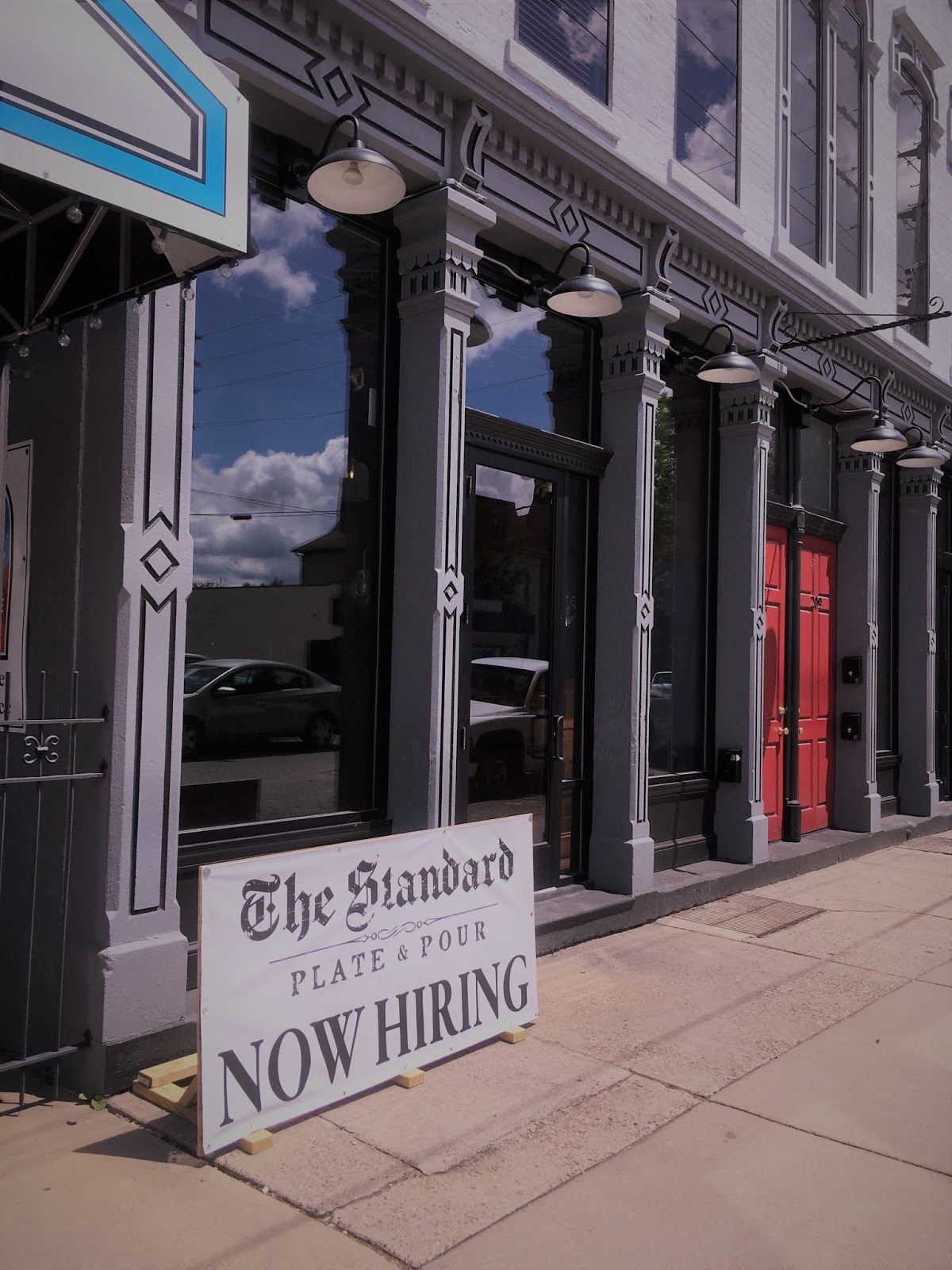 The Standard Plate & Pour has set June 24 as its target opening date, and in the time-honored tradition of the entire human race, let’s celebrate the advent of this new downtown New Albany eatery by describing its footprint — according to what used to be there.


“The way to the royal castle? Why, you take a left where the oak tree used to be, then a right where they sold mead in leather buckets back when I was a kid.”


The following was published on November 24, 2015 — as Gospel Bird was preparing to open. Here’s a photo to complete the narrative. 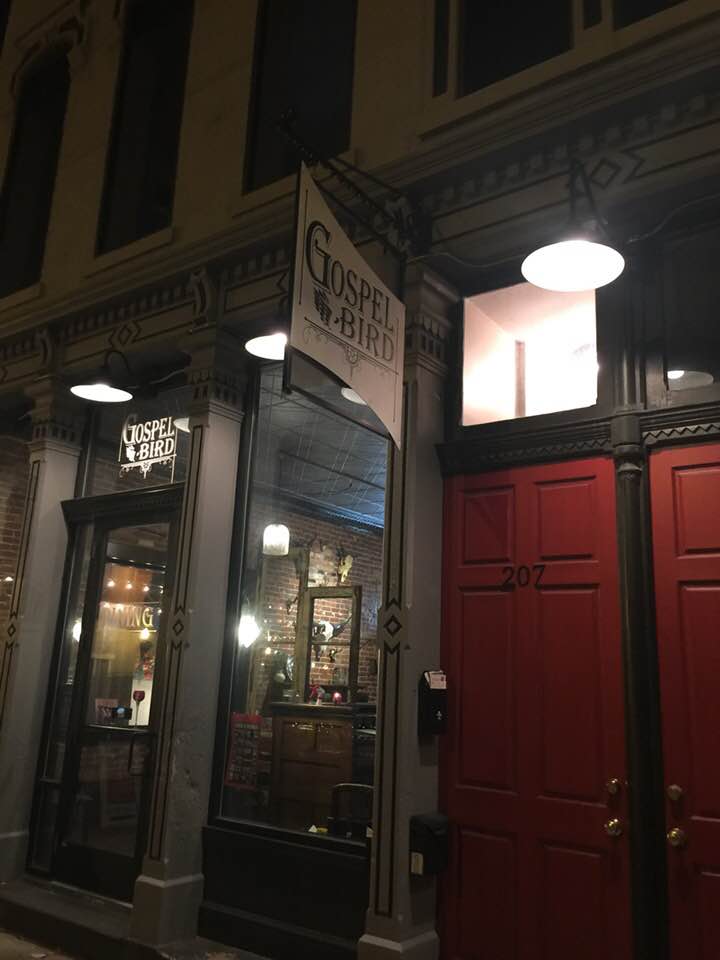 As a final preliminary note, be aware that TheatreWorks of Southern Indiana has been staging theatrical productions in the Parthenon for the past two years.

As announced on Monday, a new downtown New Albany restaurant called Gospel Bird is being developed by Louisville chef Eric Morris and is slated to open soon in the Jacob Bader Building at 207-209 Main Street.


We welcome Morris and the Gospel Bird with open arms and our senseless one-way streets.


Steve Resch now owns this prominent building, as well as the adjacent historic bank known by New Albanians as the Parthenon. Resch also will be rehabbing upstairs living space at the Bader Building, a project started by a previous owner but never completed.


Gospel Bird will be the fifth dining/drinking establishment to occupy the Bader Building site since 2007. Others have been located in the Parthenon space. Following is a brief rundown of previous occupants … because institutional memory is important in a city where selective recall is the norm.


When the Mr. and Mrs. Confidential moved downtown in 2003, the Bader Building’s street level commercial space was occupied by Maytag Laundry & Dry Cleaning, which had been in operation for decades.

At the time, both building and business were owned by Carl Holliday and Steve Goodman, who had purchased them in 1999. I’m unclear as to exactly when Maytag closed, although it was still operational in 2006.


When David Himmel departed Bistro New Albany to open his own bar, the Maytag floor space was remodeled and Connor’s Place was born in May, 2007 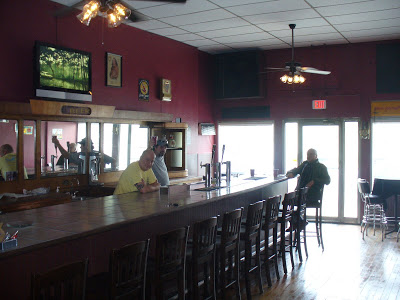 By September of 2008, Goodman and Holliday had placed both the Bader Building and the Parthenon up for auction (eventually they were sold to new owners), but Connor’s Place had been gone for more than six months.


Himmel put Connor’s in storage in mid-2008 while opening The Market Street Fish House (current location of the Louis Le Francais), then re-establishing Connor’s Place in the freshly rehabbed space now housing Bella Roma. It opened there during Harvest Homecoming, 2008. 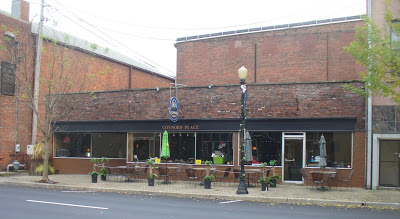 
In the early summer of 2008, Studio’s Grill and Pub took over in the Bader Building. Studio’s was owned and operated by Trish Meyer, formerly a key employee at Sam’s Food & Spirits. Studio’s was the scene for many city council unhappy hours, and was reviewed favorably on more than one occasion. 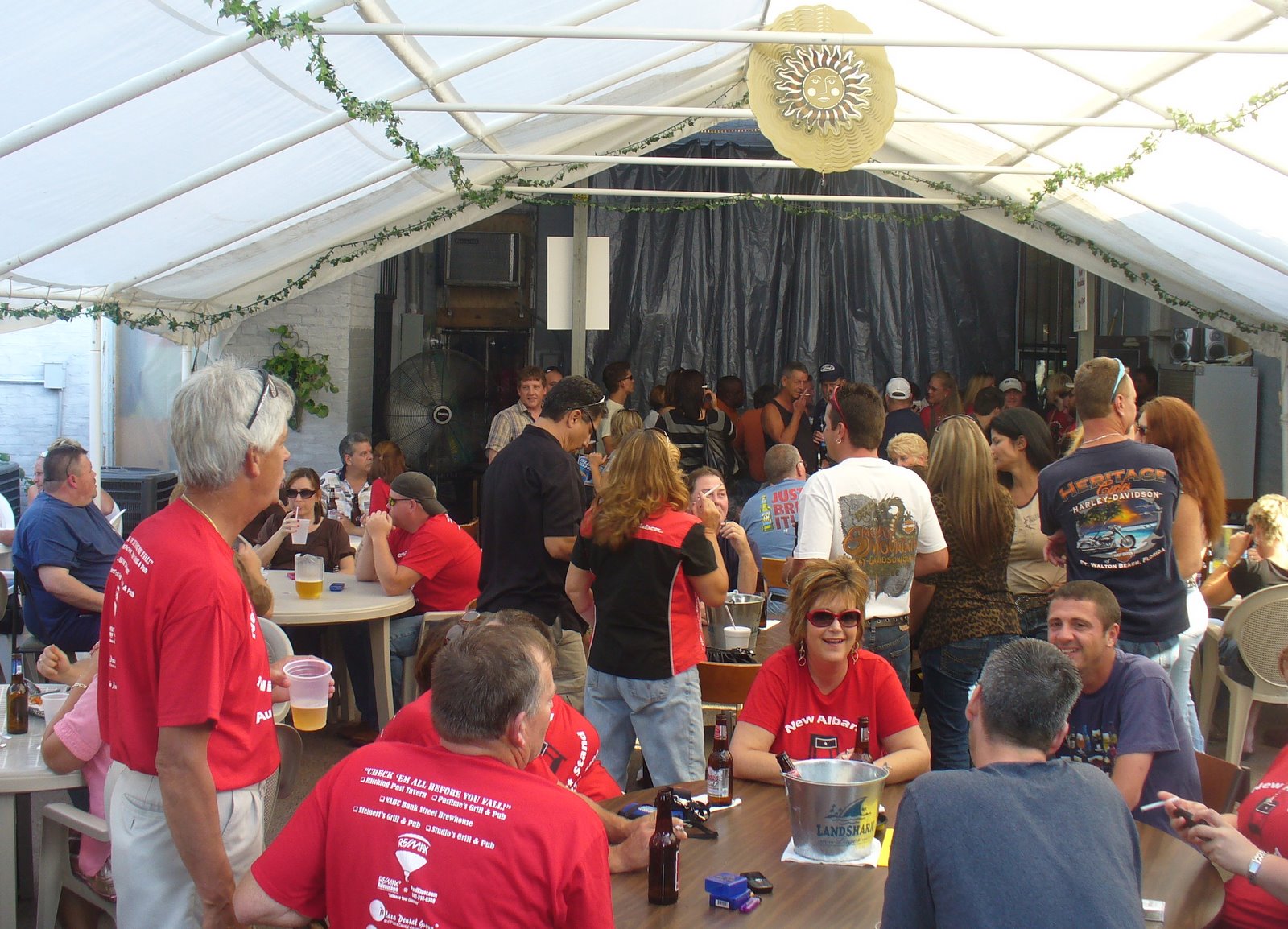 Studio’s closed in September of 2010, and almost immediately, Matt McMahan opened The Irish Exit. It wasn’t terribly Irish, and apart from a brief period in early 2011 when Drew Scharlow manned the Exit’s kitchen, the establishment generally functioned as a nighttime drinks mecca. 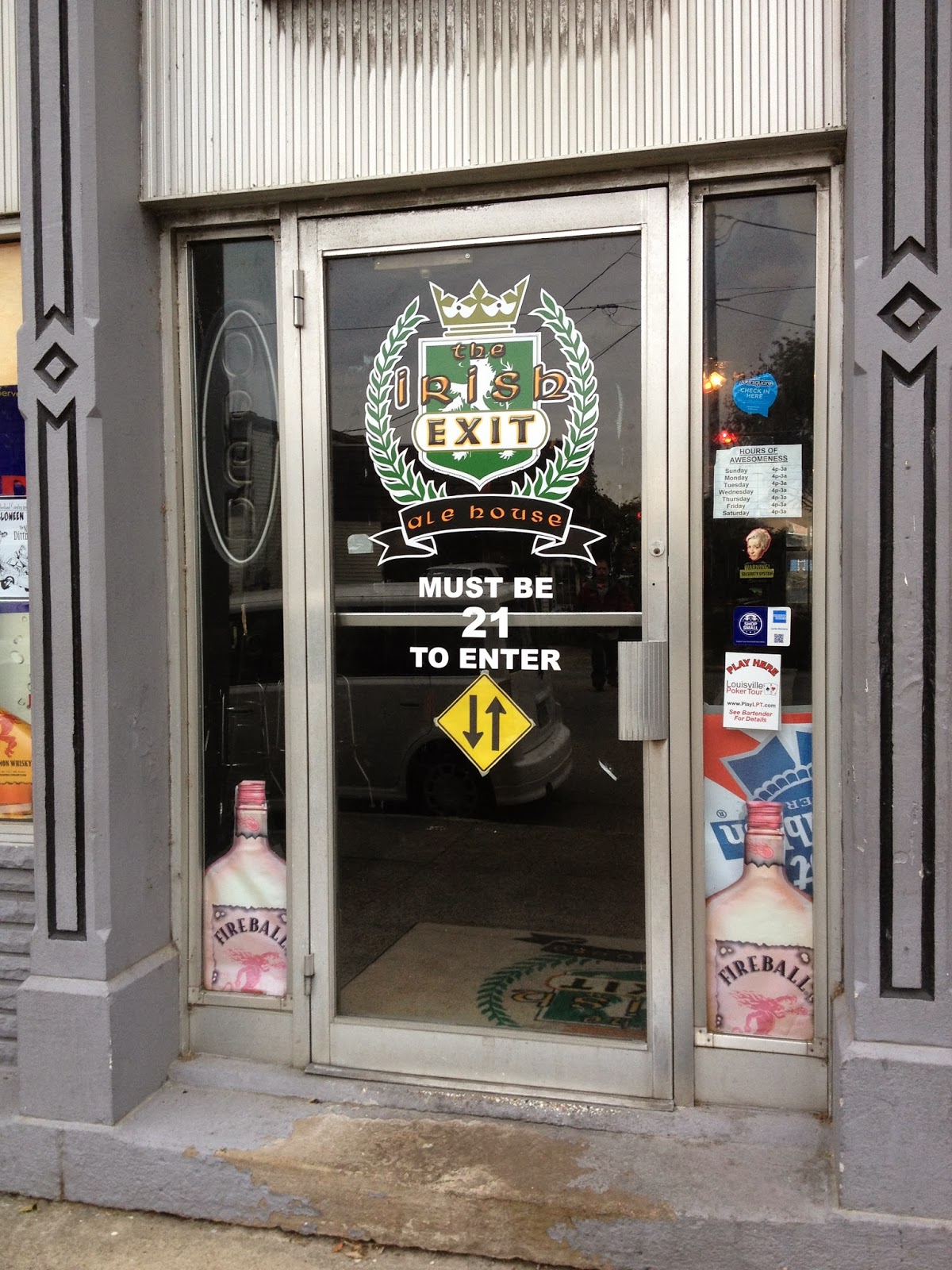 In November of 2011, McMahan announced The Bank Fusion Cuisine + Lounge in the Parthenon space, but it never really jelled. By November of 2012, The Bank had become a music venue called Dillinger’s, which enjoyed a longer run, through 2013 and into 2014. 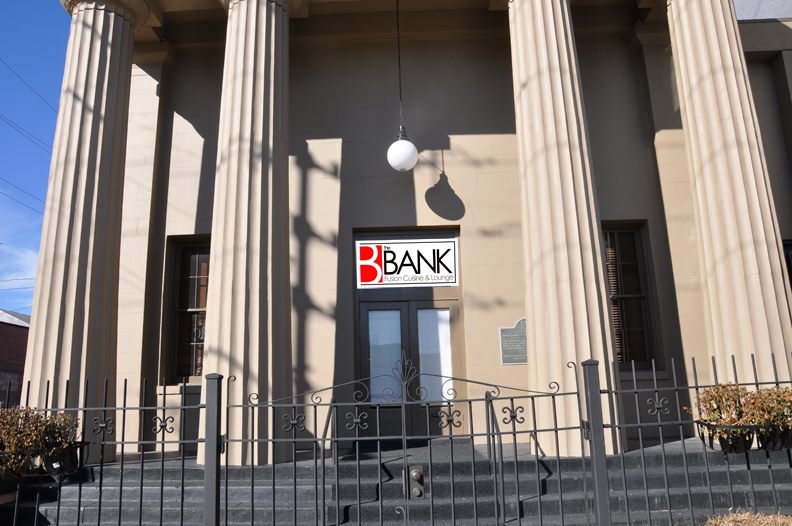 The Irish Exit ran for four years, making its final exit in late August, 2014. Shortly thereafter, Don Vito’s Italian Bistro became the second downtown restaurant to feature Italian cuisine. There was optimism when Don Vito’s was announced, but considerable snark in the opening innings proved to be a harbinger of short life to come, as Vito left after less than a year.

Resch has owned the property since early 2015, and his team is at work preparing for the Gospel Bird restaurant’s opening.


Join me in wishing good fortune to everyone involved!

Jeff Jackson reminds us that Journey Church met in the Parthenon for nine months in late 2013 and early 2014.