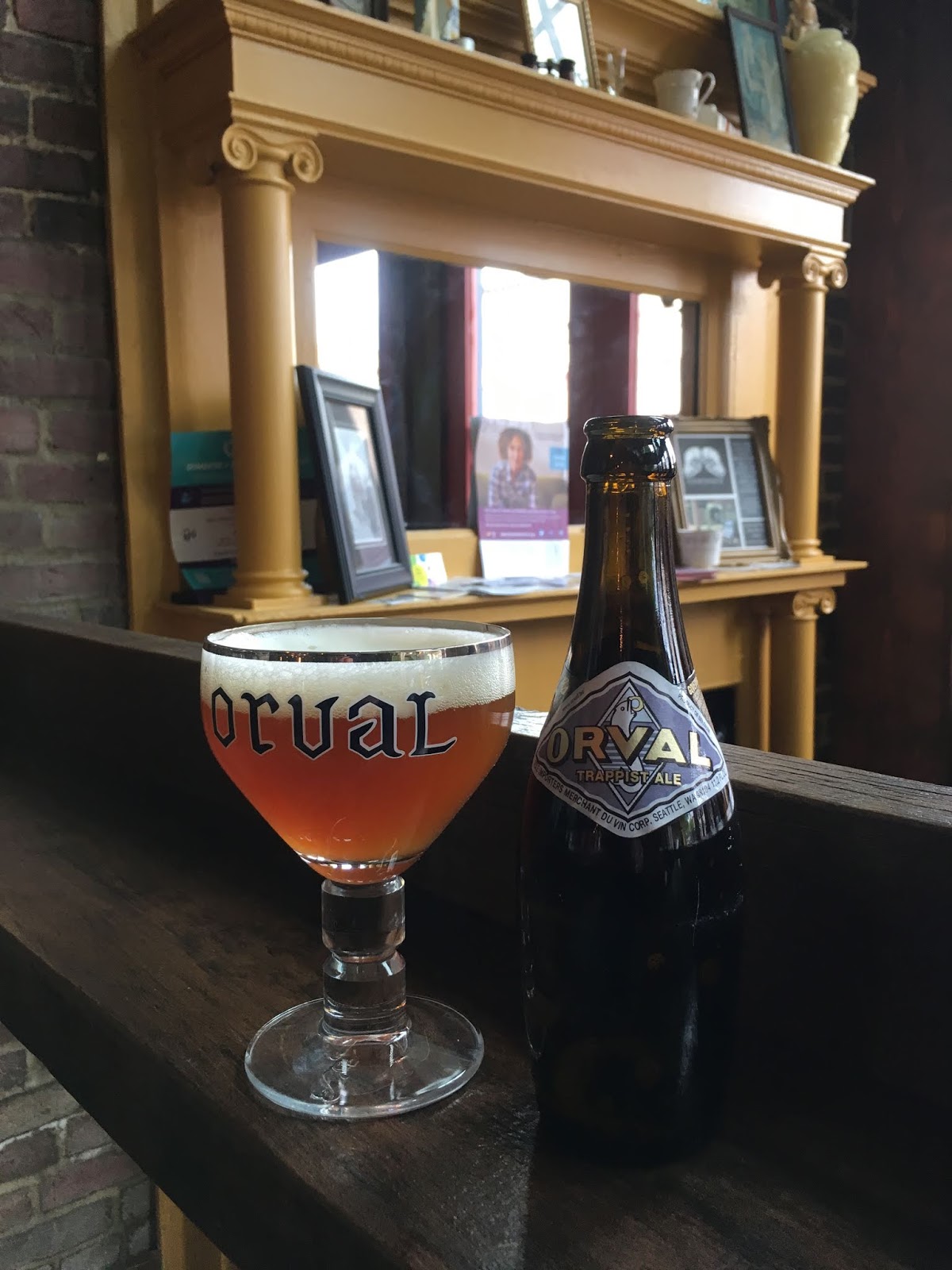 It will come as no surprise to anyone that I’m a natural born contrarian.

When everyone else is on board with something, I’m filled with suspicion. If the conventional wisdom is being espoused, then it seems to me there must be an obtuse angle willfully neglected by the prevailing herd mentality. “Common” sense? It’s another way of enforcing uniformity.

These days there’s a fashionable default template for selling beer according to the logic of attention deficit’s promiscuous kaleidoscope — embracing an ever-changing, rapid-fire, tilt-a-whirl dizziness.

It’s no longer the approach I favor. It doesn’t work for me professionally, and the same applies to my own beer drinking. In the here and now, I’d much rather savor two or three servings of one great (and usually lower gravity) beer, and get to know it better.

Before you ask, it doesn’t matter at all that once upon a time, I was among the risk-taking pioneers of this disorienting tap shuffle. Seeing as these days most places embrace a scattershot, constantly rotating “system” of pouring whichever draft beer is new, while neglecting the possibilities inherent to an intelligent bottle and can list, you can count me out of the ensuing rat race.

The past is gone, and my head isn’t there any longer.

My solution as beer programmer at Pints&union has been to return to school — the old school. We emphasize comfort beers, teach neglected styles and offer the greatest beer hits of the 1300s through the 1900s, as placed alongside a few contemporary selections destined to become classics. Some of these come and go, but most stay put.

I’m very proud of what we’ve achieved with beer in less than a year by undertaking to narrow and solidify options, although the wonderful thing about doing business in our ever-evolving downtown New Albany is that if the old school isn’t your bag, other establishments nearby offer plenty of new-wave beers. Generally speaking, downtown New Albany’s eateries and watering holes are just a few minutes apart from each other.

Your mandate is clear: Walk about and check them out. At any given time, there surely are more than one hundred different beers available for consumption in downtown New Albany. Many of them won’t be pouring during your next visit, while most of the ones at Pints&union will.

It follows that the bulk of my own beer drinking takes place at the very bar where I work, although I try not to abuse my privileges, and I don’t indulge every night of the week. Rather, I pick my spots. I enjoy drinking the same beers I’ve chosen and stocked. Obviously this home field advantage also provides an opportunity to shoot the breeze with friends and customers, as well as educating visitors and staff alike.

The down side to Pints&union being my favorite place to drink beer is that I drink beer less often than before at other places, especially since my old stomping grounds at Bank Street Brewhouse have gone away. Part of the reason for my scarcity is a high-mileage liver.

Another is a tight household budget, and besides, there are are numerous other licensees in downtown New Albany (and Jeffersonville, and Louisville). While I try my best to support local businesses, acting as an honest broker of information who sincerely wants everyone to succeed, I can’t patronize them all.

None of this should be construed to imply personal disdain toward other establishments and their beer programs. Their choices aren’t bad, just different; different beers for different peers. Diversity? It’s good.

The ideal outcome in a district like downtown New Albany is for as many food and drink establishments as the free market proves are viable to co-exist with each other, refining their own offerings and being good at what they choose to do — and with there being as many differing ideas about how to run a bar, cook food and build a beer selection as there are physical pieces of property to set up shop, the specific possibilities are endless.

I’m very fortunate to be able to purpose-build a beer program capable of pleasing customers and me, all at once. Because of this, Pints&union is my favorite place to drink beer, but for those among you with a tad more vim and vigor than I’m feeling lately, get out there and add to your Untappd totals.

You’re just as likely to find me at Pints&union, curled up with a Pilsner Urquell or Fuller’s London Porter. Nothing against anyone else; it’s just that I really enjoy being a regular at the pub on top of working there.

What does it mean to be a pub regular, anyway?

In the Age of Seamless, Is the ‘Regular’ a Dying Breed? by Helene Stapinski (New York Times)

For years, they came out night after night. Born of a time before internet and smartphones — or at least before Seamless — the regular is as old as the bar stool, and possibly poised for extinction.

But is the tradition really endangered?

We posed the question to our readers: What makes a regular? And are you one?

More than 500 responded to the callout, and they were as varied a group as you could imagine. The regulars come from every ethnic group and occupation, making certain restaurants and bars their living rooms and dining rooms, where they discover community, nourishment, sometimes even love. They tend to be over 40, though the tradition also seems appealing to millennials.

But no matter the establishment — cafe, trattoria, dive bar, coffeehouse, doughnut shop, pharmacy, even — those who make themselves permanent fixtures almost all say the same thing about what makes a regular. When they walk in, the people behind the counter know who they are.

Regular or not, there used to be a measure of gender discrimination in places like Edinburgh, Scotland.

Edinburgh locals have been drinking at the building that houses Bennets Bar since 1839. Refitted with a new interior in 1906, the bar maintains many of its historic fixtures, including stained glass windows, beautiful tiles depicting cherubs, and a wooden bar. There is even a brass water tap for topping off one’s whisky. Perhaps the most unusual feature, however, is what locals refer to as a “jug” or “snug.”

As a closing bit of serendipity, regulars spent decades drinking in this Wisconsin bar without knowing what was behind a nearby wall.

It advertised an 1885 performance by the Great Anglo-American Circus

Since the 1970s, the family-owned Corral Bar has been serving drinks and hearty meals to diners in the small town of Durand, Wisconsin. But the property has a much longer history: it sits on land that was first surveyed in 1857 and has been home to a succession of stores, barber shops and saloons. As Eric Lindquist reports for the Eau Claire Leader-Telegram that one of the bar’s current owners, Ron Berger, recently revealed a vibrant relic of the Corral’s rich past: a nine-foot-high, 55-foot-long circus poster, long hidden behind the bar’s walls.