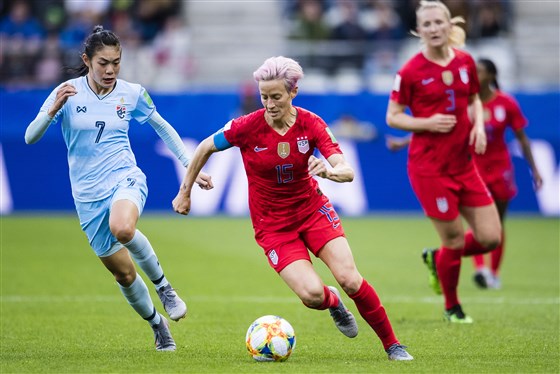 Bluegill contributed these words back in 2014. They’re an antidote to hegemony in all its oppressive varieties.

A short story of passing in the street.

I don’t recite the Pledge of Allegiance, stand for the National Anthem, or recognize prayer as sponsored by public institutions. When a funeral procession crosses my path, though – and it happens quite a bit when you live down the street from a funeral home – I stop what I’m doing, take off my hat if I’m wearing one, and stand in silent solidarity until it passes. That’s not nationalism, militarism, or theocratic hegemony. That’s someone’s family, and we all have those.

An essay called “The Sports Song of Patriotism” by Richard C. Crepeau may or may not be accessible on-line, but here’s an excerpt that reveals how the national anthem came to be de rigueur at sporting events.

First, it is important to note that there was no official national anthem until the 1930s. During World War I, however, President Wilson declared the “Star Spangled Banner” the unofficial national anthem, and the intense display of public patriotism during this period led to it being played on many public occasions.

It is generally accepted that its first appearance during a sporting event was the 1918 World Series. To demonstrate major league patriotism, baseball teams had the players march in formation during pre-game military drills while carrying bats on their shoulders. During the seventh-inning stretch of game one, when the band spontaneously began to play the “Star Spangled Banner,” the Cubs and Red Sox players stood at attention facing the centerfield flag pole. The crowd sang along and applauded when the singing ended.

Given this reaction in Chicago, the “Star Spangled Banner” was played during the seventh-inning stretch for the next two games. When the Series moved to Boston, the great theatrical Red Sox owner Harry Frazee pumped up the show biz: He brought in a band, and the song was played before the start of each game.

When the war ended, the song continued to be played, but only on special occasions when a band was present — such as opening day, special holidays or the World Series. On opening day in Washington, D.C., it was played before the president of the United States, and local politicians in other cities learned to participate in the events.

The “Star Spangled Banner” was finally declared the official national anthem in 1931. Even though by 1934 some ballparks had public address systems, it still was not played at every game. The coming of war in the late 1930s changed all of that. During the 1939-40 National Hockey League season, the Canadian anthem was played at games in Canadian cities as Canada was already at war. Then the practice spread to Madison Square Garden and from there it was transferred from hockey to baseball.

In 1940, with the fighting underway in earnest and America becoming more conscious of the possibility of war, there was increased talk of the need to hear the national anthem before all baseball games. This was suggested by The Sporting News in June, while at the same time the president of the International League called for the anthem to be played in U.S. league cities, as was already being done in Canadian cities. By 1941, the practice of playing the anthem before sporting events had achieved nearly universal status. At some games the pledge of allegiance was added, and, by 1941, “I Am an American Day” became a feature at major league parks.

It would be nice to say that all of this was due to pure patriotic expression, but of course much of it was created by PR-conscious owners who wanted to make sure that no one would question the patriotism of athletes who played games during World War II while others went off to serve their country. Four years of war, followed by the Cold War and the emergence of the American Empire, solidified the practice and made it into a national ritual.

This begins us to an athlete who won’t sing the national anthem. Why on earth this matters to anyone is an abiding mystery to me, but here we are. Individual conscience is just that: our own, each of us. The reasons for mandated public displays of private truthfulness elude me, although my best guess is that they’re all about power.

Megan Rapinoe Is Right to Not Sing the Anthem, by Dave Zirin (The Nation)

Megan Rapinoe won’t kneel for the anthem any longer. Now the right wants her to sing it as well.

The right is in a lather over US Women’s National Team forward Megan Rapinoe’s standing for the national anthem… but not singing. I wish I were joking. The sputtering anger across certain websites and social media is connected to Rapinoe’s efforts to keep a mild promise. Rapinoe used to kneel during the anthem as a way, in part, to express solidarity with Colin Kaepernick. But that wasn’t the only reason. She said in 2016, “Being a gay American, I know what it means to look at the flag and not have it protect all of your liberties. It was something small that I could do and something that I plan to keep doing in the future and hopefully spark some meaningful conversation around it.”

Then the US Soccer Federation had itself a good old-fashioned hissy fit. First, it issued a statement demanding that everyone on the team must stand for the anthem. Then it took the extraordinary step of codifying a policy requiring players to stand. Yes, compulsory expressions of freedom are always the most compelling.