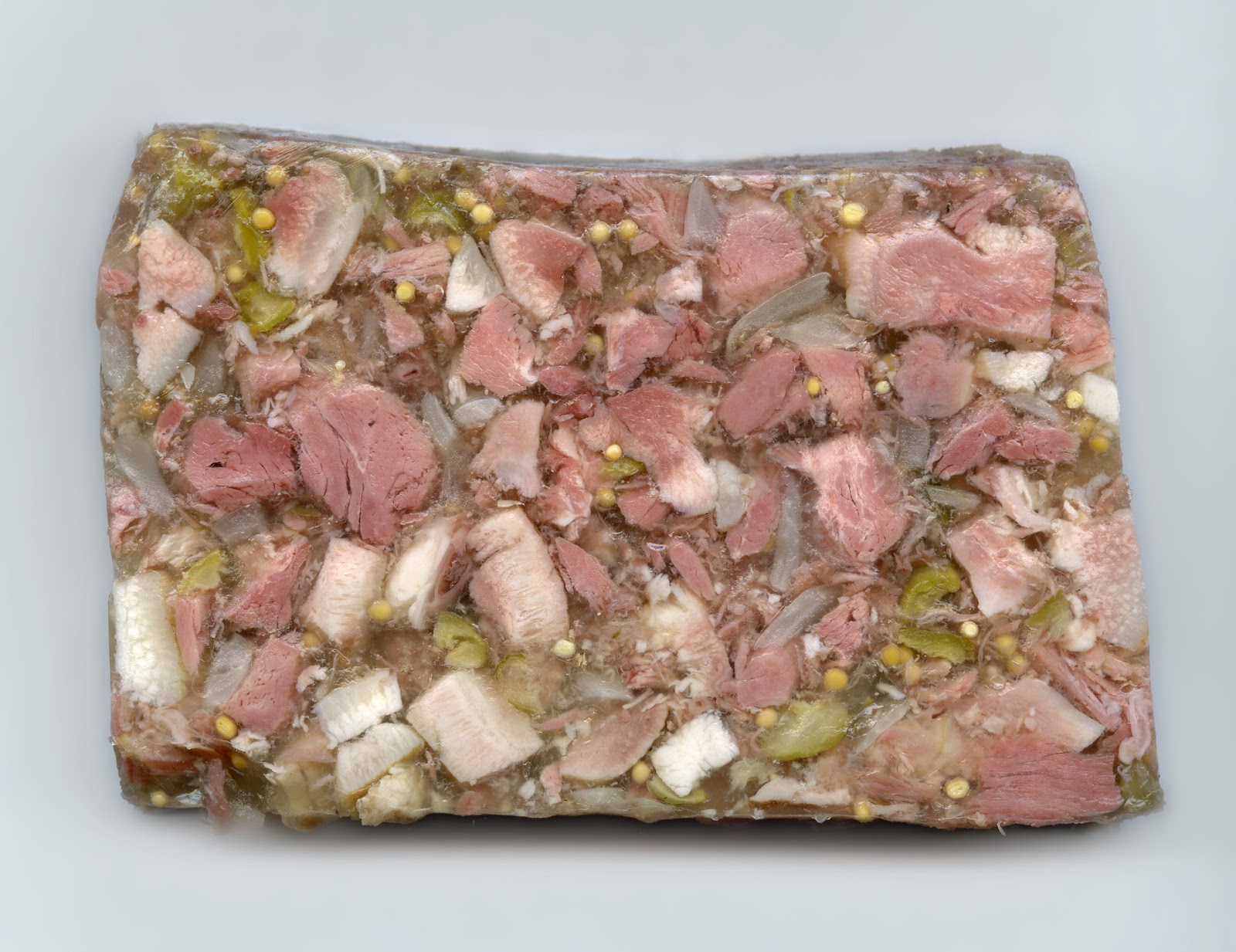 The Downtown Jeffersonville News and Tribune is getting very good at covering news that occurs within walking distance of the newspaper’s headquarters … in downtown Jeffersonsville.

As for the rest of us, there are scraps, sports and the odd bit. Anyone feel like some head cheese?

After all, parts is parts.

What Is Head Cheese And How To Eat It (Melanie Cooks)

“Head cheese” is not a cheese. I don’t know why it’s called cheese, when it is, in fact, meat! Head cheese is a jellied meat made from the meat of the head of a pig or cow. That’s why it’s “head”, but who knows why it’s “cheese.”

Following is an excerpt from an old story of mine about eating and drinking in (soon to become independent) Slovakia when I was teaching in Kosice in 1991.

Why repeat it? Because the only way I can get the bad taste of the News and Tribune’s seemingly inexorable decline out of my mouth is to imagine pleasant things like beer and snacks going into it.

Can someone pass the vinegar?

Jozef announced his unshakable preference for a dish called t’lachinka: “Do you like our food?” he asked. “T’lachinka is Slovak food of tradition. At this restaurant, it is very good. Okay?” He actually smacked his lips.


“Maybe it isn’t so good for you,” said Ludmila. “Maybe your stomach is not good for our Slovak food.” Vladimir laughed. Jozef looked dismayed. “No, no,” he said, “it is best food for beer. We eat t’lachinka and drink beer. Yes?”


The beer arrived. One taste confirmed that it was Pilsner Urquell. Three tastes later, it was gone. So was Jozef’s. Vladimir, good‑natured and quiet, abandoned his half‑full glass to find the waitress and order another round.


I told Ludmila that Slovak food was fine. The previous evening, I’d gone with another student to the Gazdovska wine cellar, an atmospheric, slightly scruffy restaurant where the specialty is bryndza hluska, which I’d heard much about but not sampled.


Every Slovak I’d spoken to considered it to be incompatible with American tastes, perhaps owing to its topping of melted sheep’s cheese. Naturally, the Gazdovska’s bryndza hluska was excellent: pea‑sized dumplings in a white gravy, topped with tangy cheese and real bacon bits, and accompanied by a glass of golden Tokaj wine.


Back at the Zlaty Dukat, Ludmila was impressed by my familiarity with Slovak cuisine. Moments later, two platters of t’lachinka arrived.


With obvious relish, Jozef said “watch me, okay?” He shifted a stack of raw, chopped onions onto slices of the compressed, unidentifiable, gelatinous meat. He ladled vinegar from a small tureen, dousing the quivering stack of meat by‑product and onion.


After that, all was flashing forks and lengthy drinks of the world’s finest pilsner beer. I didn’t hesitate to follow suit, and the t’lachinka was good. Why waste time contemplating internal organs and slaughterhouse scrapings so long as they taste good with beer?