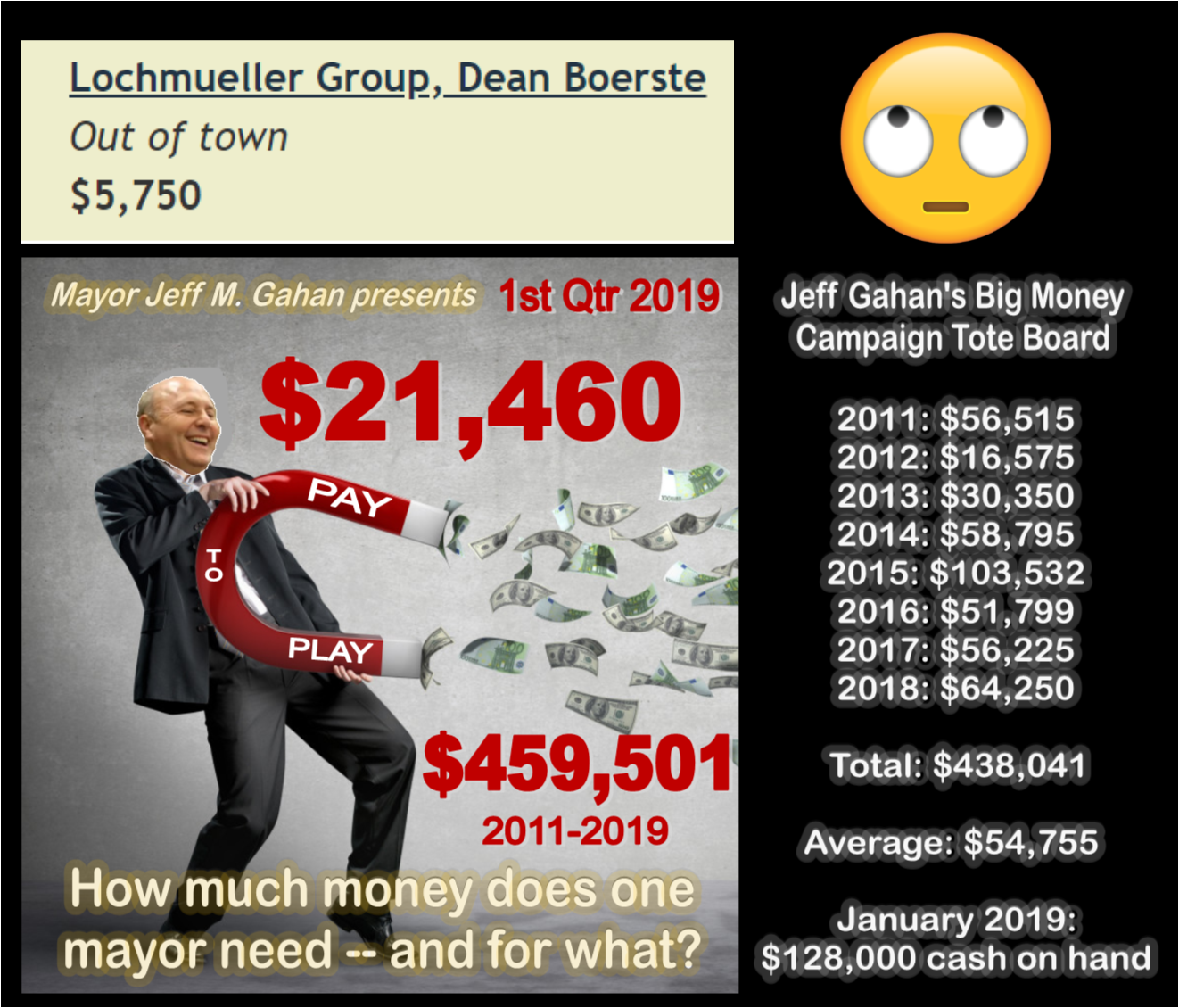 They’ve dragged their feet for YEARS on the request of businesses and residents to just INSTALL A 4-WAY STOP at the intersection of Main and Pearl.

But no. Nothing simple can occur without ANOTHER $85,000 “study” conducted by ANOTHER of Jeff Gahan’s campaign contributors — and if the pre-determined outcome is delivered, there’ll be ANOTHER fat contract for the same amount or more to ANOTHER donor, when all we really need to do is plant stop signs, slow drivers and help them negotiate passage safely.

Susan Duncan doesn’t agree with the verdict of our own two eyes, but corrupt is corrupt.

The city should know later this year whether a stop light is warranted at the intersection of Bank and Main streets.

Many business owners in the area have asked the city about placing a light at the intersection saying it poses a danger to both drivers and pedestrians. The city has hired Lochmueller Group to determine if a light is needed.

City engineer Larry Summers said with the new city hall and other proposed development coming to the area, he thinks a light will be warranted. The contract for the study is not to exceed $85,000.

However, the headline writer at NooBune gets it right, capturing the abject futility of a city unwilling, unable (actually both) to reign in fireworks, short of begging the citizenry not to set shit on fire.

Residents asked to use ‘common sense’ with fireworks, by CM

NEW ALBANY — It’s almost July 4 which means it’s time for fireworks. And whether you love them or wish they were banned, they do generate plenty of discussion.

New Albany follows state law which means fireworks can be shot off starting now. People are supposed to shoot them off on private property and have safety measures in place in case something happens.

New Albany Police Chief Todd Bailey told the Board of Public Works & Safety on Tuesday that people need to use “common sense” if they plan to use fireworks.

“People need to slow down and take a step back if they plan on using fireworks,” he said.

Local fireworks vendors are open now through July 6 when their permits run out.

“I am already getting calls,” Board of Works President Warren Nash said. “Everyone needs to be mindful of the dangers.”

David Hall, director of the New Albany-Floyd County Animal Shelter, said July 5 is the busiest day for shelters across the United States for people looking for lost pets who run off after being spooked by fireworks.

He said some shelters across the country have people on staff who stay late into the night on July 4 to calm the animals due to all the noises.