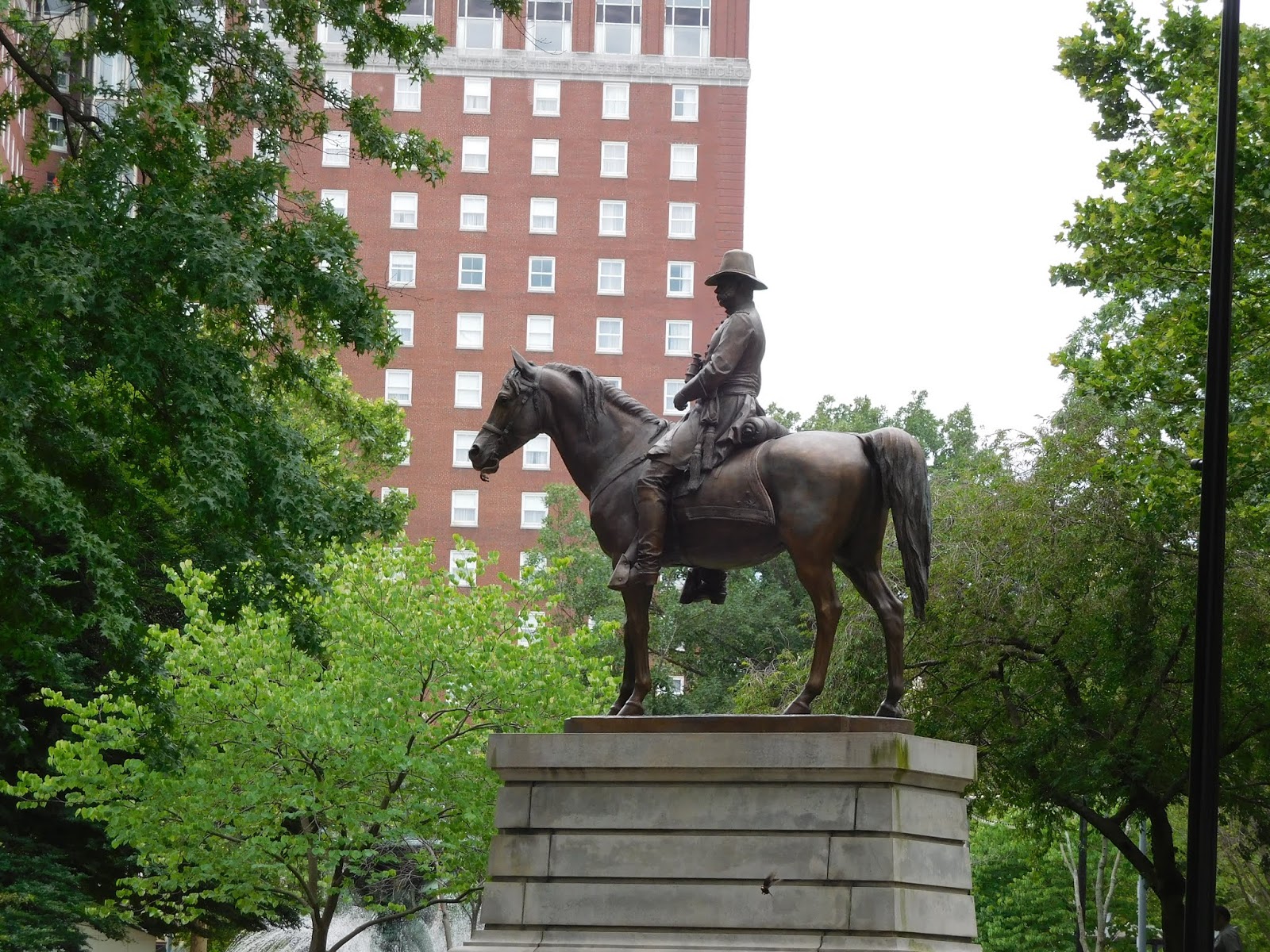 Ambrose Burnside was born in Liberty, Indiana (appropriately, in Union County) near the border with Ohio. He became a Rhode Island resident only after being stationed there while serving in the antebellum US military.

One of the most interesting things about Burnside, apart from his trademark facial whiskers (originally called burnsides, then sideburns), was the woman he didn’t marry.

Prior to the Civil War, Burnside was engaged to Lottie Moon. She famously jilted him at the altar. Later during the conflict Moon and her sister became notorious Confederate spies. Eventually the sisters were captured and fell into the custody of none other than Burnside, who detained them but didn’t file espionage charges.

Just before the outbreak of war Burnside succeeded in designing and patenting an innovative breech-loading carbine (the Burnside carbine). This might have brought him great wealth when wartime government orders began pouring in, except he’d been compelled to surrender the patents when thrown into debt by business reversals.

As a Civil War general Burnside occasionally was productive in a subordinate’s role, but was not a top-flight officer. He was self-aware and recognized his own limitations at all levels of military command. This didn’t stop Abraham Lincoln from appointing Burnside to lead the Army of the Potomac, resulting in the catastrophic Battle of Fredericksburg in late 1862.

For all this, but perhaps more so by virtue of a postwar political career as a Rhode Island governor and senator, Burnside posthumously was awarded a small park and equestrian statue in downtown Providence.

I knew nothing of this when we visited the capital, although the statue looked somewhat like Burnside from a distance. The following day I went for a stroll in South Hadley, Massachusetts and found myself somewhat entranced by this simple statue on the village green.

It reads, “This monument is erected to commemorate the loyalty and patriotism of our citizen soldiers who fought for liberty and the union in the Great Rebellion of 1861 – 1865.” 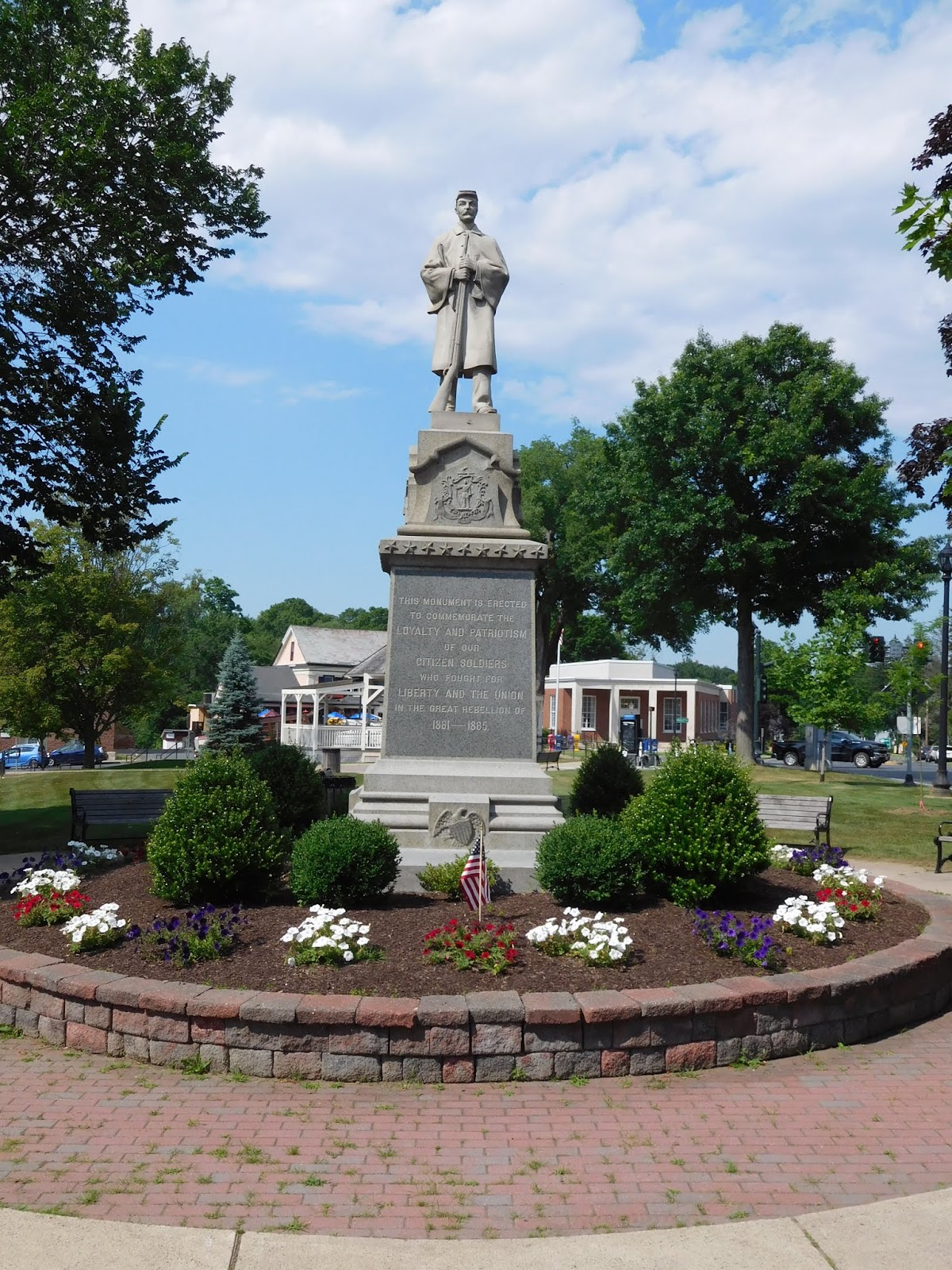 In fact, “great rebellion” is a far more accurate description of the war than the terms we use today, and whether one is a pacifist or hawk, “citizen soldiers” reminds us of who did the heavy lifting and made the ultimate sacrifice.

Ambrose Burnside, officer, inventor and politician. To look at his life is to see a popular, well-liked man who knew how to play his hand, and always had a second chance waiting irrespective of how badly he’d botched the previous opportunity.

The soldier at South Hadley symbolizes the men who did the actual work, died and were maimed. Many didn’t return from the Civil War, and many of the ones who did came home scarred, whether by wounds or the weight of the experience.

To me, Burnside assuredly was on the “right” side, but I’m not sure there is any better justification to leave his equestrian statue stand unmolested than the one of Confederate officer John B. Castleman at Louisville’s Cherokee Triangle.

Give me the guy in South Hadley, any day.