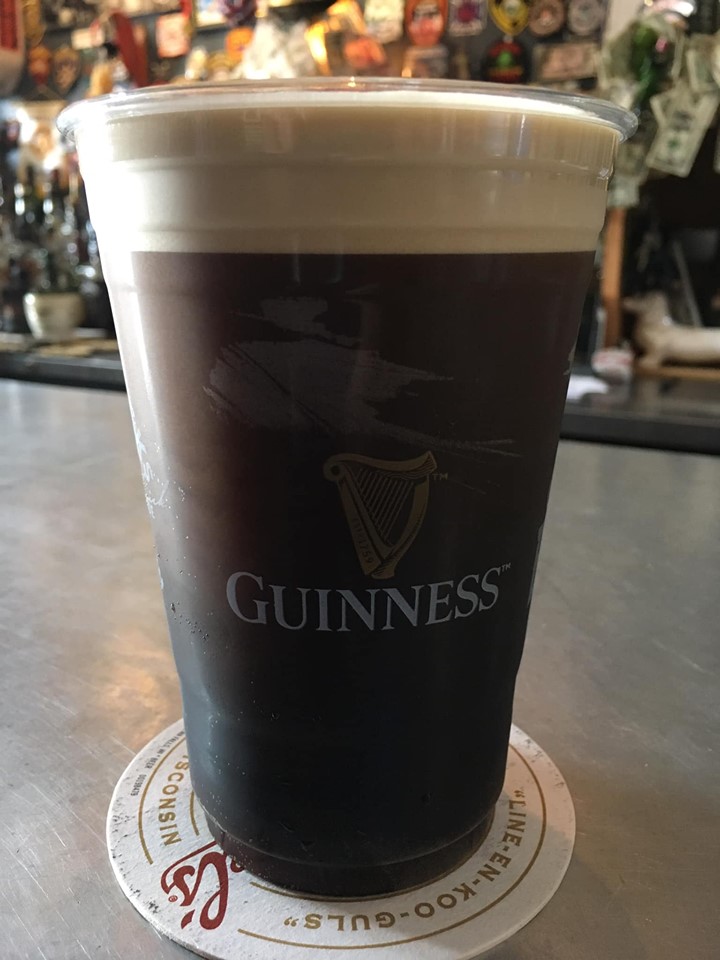 It says so right there on the menu, and I’m inclined to agree: Spike Dailey’s “arguably (is) the smallest pub in New York.” Located in Dunkirk just a stone’s throw from Lake Erie, the joint is small. The last time I saw a pub this small it was aboard a train (a bar car in Austria).

My only regret is that pub owner Aisling Pheenan, who hails from Dublin, was too busy to have her ear bent. Following are a couple of photos borrowed from her Facebook page, which I hope convey a smidgen of the ambiance (and size). 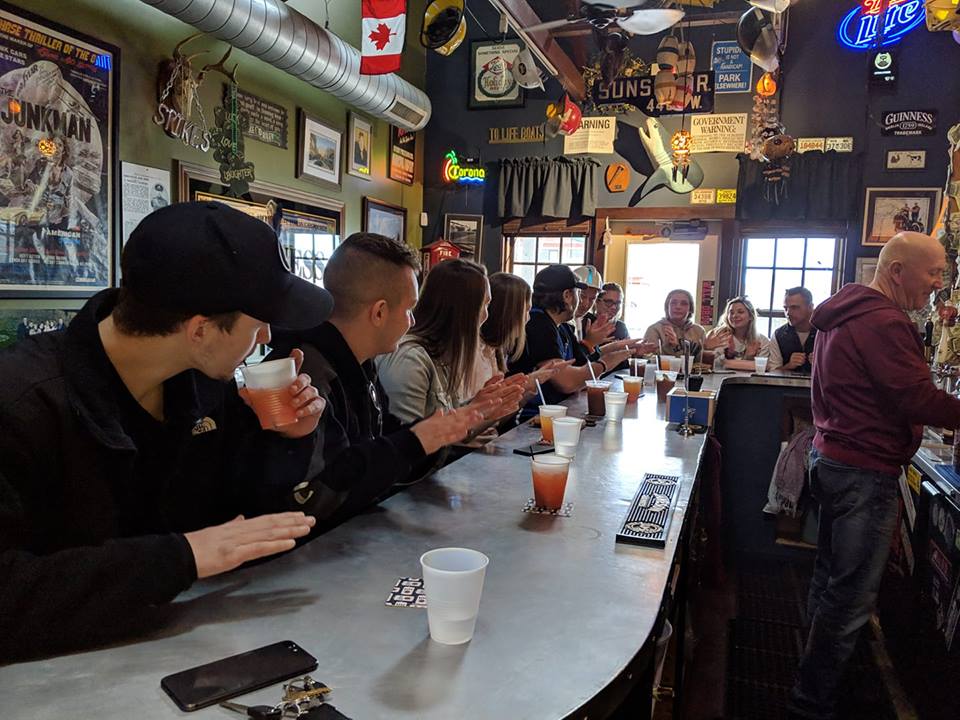 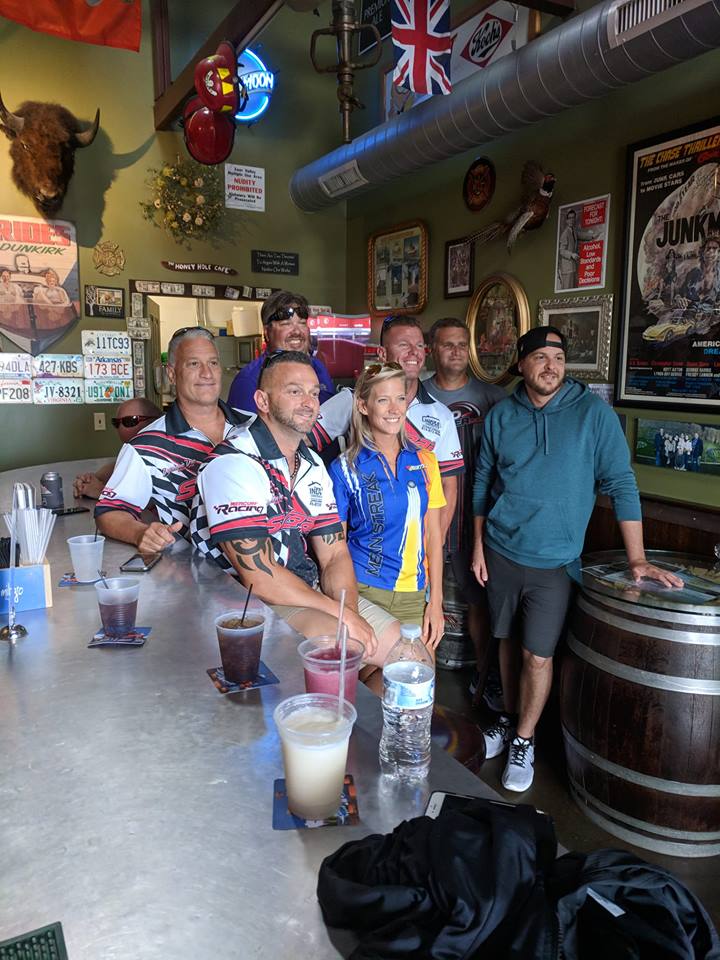 An excellent place, indeed. We were staying at a hotel roughly 100 yards away, and Diana spotted the sign for an Irish pub. Spike’s was it. Unfortunately I’d already eaten Beef on Weck down the street, or I’d have had one here.

I tracked down a small Irish pub called Spike Dailey’s that had rave reviews for its Beef on Weck. This is essentially a roast beef sandwich served on a kimmelweck roll with a side of hot horseradish. The roll is the secret here. A kimmelweck is like a Kaiser roll, only it’s topped off with big flakes of salt and caraway seeds. This combination is so good, because it’s actually quite simple. All the flavors meld together in a mouthful of deliciousness. After a long day on the water, a hot sandwich, cold beer and potato chips and salad hit the spot.

Our visit to Spike Dailey’s came on the final night of the trip. We’d traveled much the same northerly route both directions: I-71 from Louisville to I-171 in Cleveland OH, then down I-90 to Western Massachusetts, via local roads from Albany NY (headed up) and I-91 to Springfield MA (coming back).

The journey was split in half both ways, with nights in Erie PA (outbound) and Dunkirk NY (return). On July 4 the overnight in Dunkirk had the benefit of coming in a hotel by the bay, with the north lawn hosting Independence Day revelers. Just a few steps toward the city’s pier, from where the evening’s fireworks were detonated, was a delightful strip of tiny commercial spaces in a single building, maybe 8 in number, including at least two bars, a pizza joint, a sweet shop and a boutique or two with restrooms and an ATM located square in the center.

From a beer drinker’s perspective, this proved to be a fine layout for a summer’s civic fireworks party, given that there apparently are no laws prohibiting cups of beer being carried around.

And they were. It was a mellow crowd spread down the lakeshore, a fireworks display that impressed even this Grinch, and a nice coda to the journey.