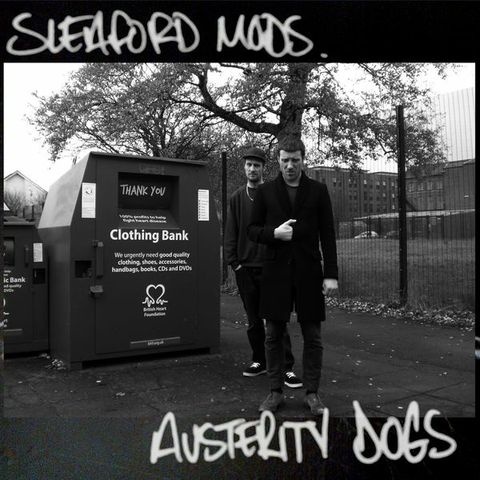 As we’ve observed here in New Albany at a grassroots level, breaking free from the tentacles of business as usual is a daunting task. As an example, there are too many beak-wetting imperatives to justify local government perpetually spending money on shoddy annual repaving projects rather than examining the realities of car-centrism and alternatives to it — and if you believe against all prevailing evidence that “leaders” like Bob Caesar have any interest in learning new tricks, think again. They’re too busy nuzzling the effete pants legs of oligarchy-drunk entities like One Southern Indiana, hoping they might be tossed a tattered bone.

In an essay at New Statesman, Yanis Varoufakis explains the invariable result when the Left, forever unwilling to stand by the veracity of its own political principles, caves to the Right — itself forever willing to seize opportunity when the vacuum presents it.

The left-wing party’s embrace of austerity created the conditions for a parasitic and cruel oligarchy to return.

… What the people of Greece had said to us, their government, in that 2015 referendum, made perfect sense: “We don’t want to leave the euro or to clash with the European Union. But, if the European Union is demanding of you, of our government, the intensification of the austerity-insolvency doom loop that forces our youngsters to emigrate and the expropriation of what is left of our public assets, don’t you dare surrender — even if Grexit is the price we must pay.”

That night, while our people were out on the streets celebrating their remarkable victory, the political representatives of Greece’s oligarchy were in tatters. The leader of New Democracy resigned, the party’s cadres wallowed in deep despair, the oligarchy they represented was in a state of panic. Alas, they worried unnecessarily. For at the same time, a coup against the people was being hatched in the office of my colleague, the prime minister.