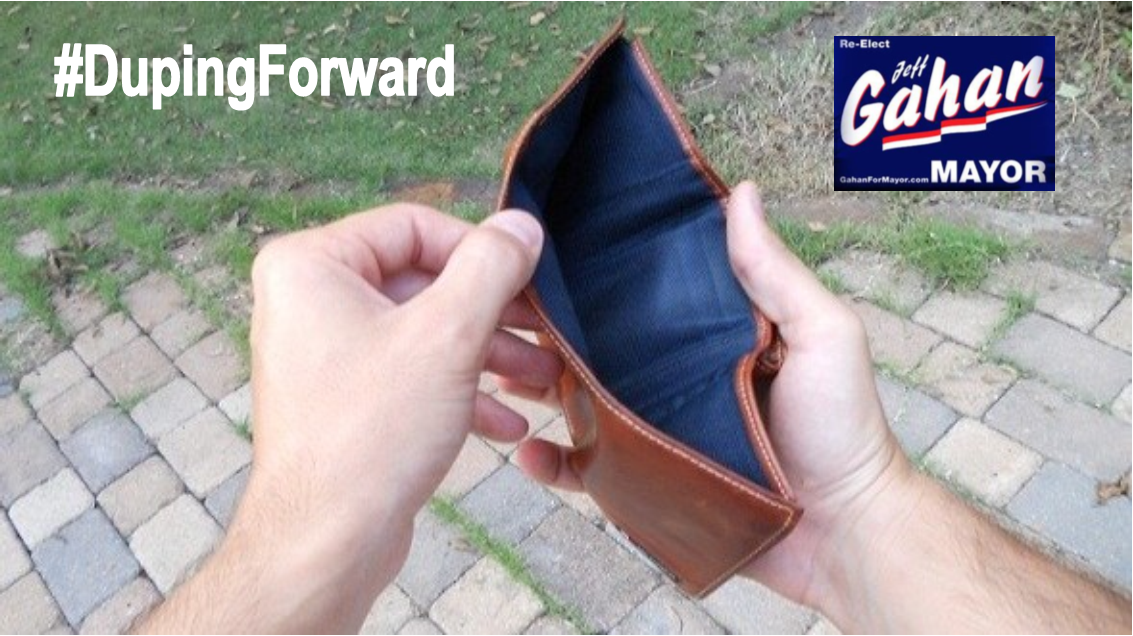 It’s election year in New Albany, and the ward heelers have only just begin to dupe.

It’s a dual purpose word, used as both a verb and a noun.

1. transitive verb
If a person dupes you, they trick you into doing something or into believing something which is not true.

“A plot to dupe stamp collectors into buying fake rarities.”

2. countable noun
A dupe is someone who is tricked by someone else.

“He was accused of being a dupe of the communists.”

A related concept is that of the useful idiot.

In political jargon, a useful idiot is a derogatory term for a person perceived as a propagandist for a cause, the goals of which he or she does not fully comprehend, and who is used cynically by the leaders of the cause. The term was originally used during the Cold War to describe non-communists regarded as susceptible to communist propaganda and manipulation. The term has often been attributed to Vladimir Lenin, but this attribution is unsubstantiated.

Are you a patsy for Dear Leader’s love?