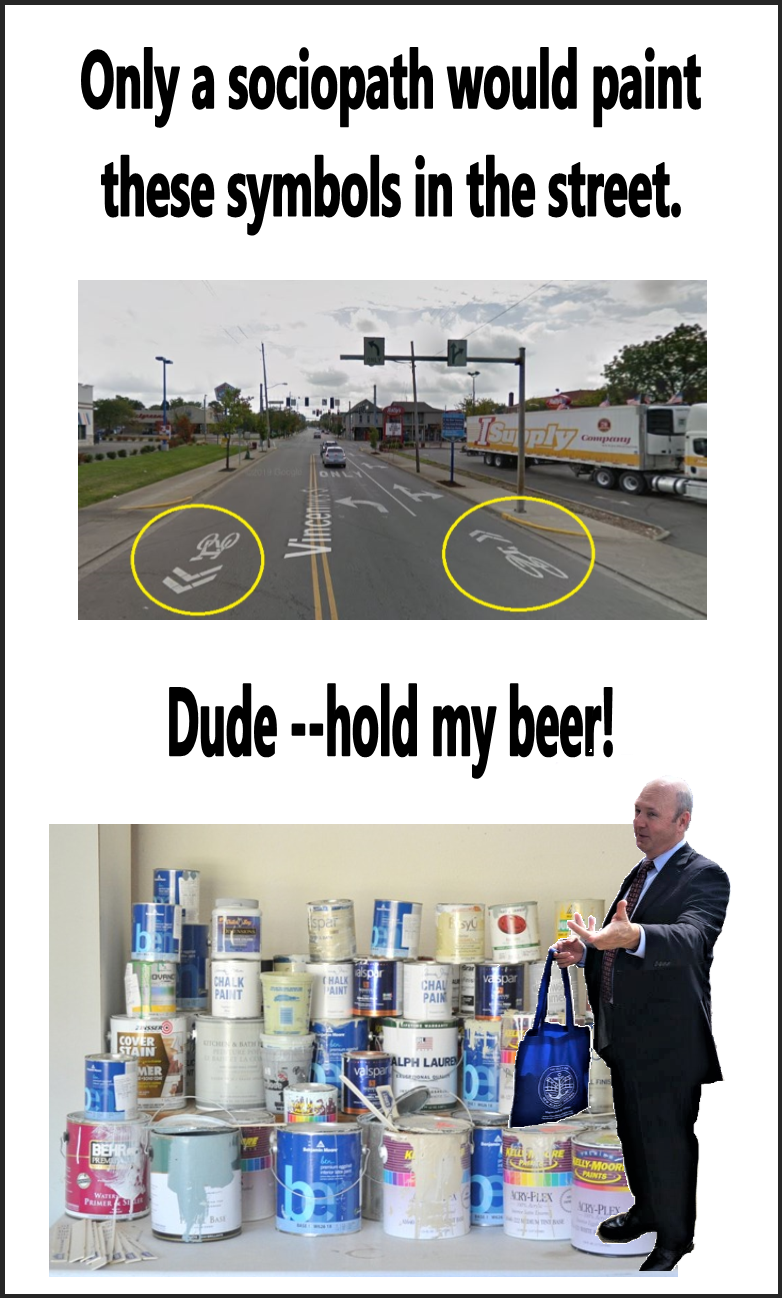 “We’ve gotta be perfect. If a negligent driver kills someone, people see it as a necessary evil. But if a cyclist runs a red light, or a scooter hops onto a sidewalk alongside a busy street, we are just jerks driving crazy little vehicles with no regard for the law.”

But seriously, I won’t bug you; go back to complaining about the traffic on State Street, all the while accepting the underlying premise that “mobility” requires each of us to drive a vehicle, generally all alone, for just about any trip.

… The truth is, there is almost no situation in American culture where 40,000 lives are lost each year without a serious debate about whether or not the context of these deaths should lead to drastic changes. Except when it comes to cars.

If electric scooter crashes caused by negligent piloting led to the death of the elderly pedestrian and the hospitalization of two young children in my community, the public would likely call for the end of these machines. But since negligent driving was the cause of both, we see these incidents as “tragic” but ultimately accept them as normalcy. In reality, if these pedestrians and children were hit by electric scooters, bikes, or skateboarders instead of cars and trucks, they would likely still all be alive and relatively healthy. The hypocrisy in the face of potential loss of life is staggering, and shows just how addicted to our cars, trucks and SUVs we truly are.

Some may believe that addiction is too harsh a term. But when we look at the terrors of addiction, we see the unquenchable need to repeatedly engage in an activity, even if the end result can easily be dangerous or deadly. We accept the risk based on an addiction to the high. We defend its potential to ruin our lives and the lives of others around us, especially our loved ones.

A friend and fellow bike commuter recently said something that stuck with me:

“We’ve gotta be perfect. If a negligent driver kills someone, people see it as a necessary evil. But if a cyclist runs a red light, or a scooter hops onto a sidewalk alongside a busy street, we are just jerks driving crazy little vehicles with no regard for the law.”

Indeed, it’s a double standard with maddening predictability. In general, If it’s a car crash, we blame the negligent driver. If it’s a bike, scooter or skateboard, we often blame the machine itself, or the “culture” associated with said machine. For example, if there is a rash of car accidents on the news, one might say “people drive like idiots here!” But if there are a rash of electric scooter crashes, the reaction is typically an urgent call for these machines to be banned or limited …