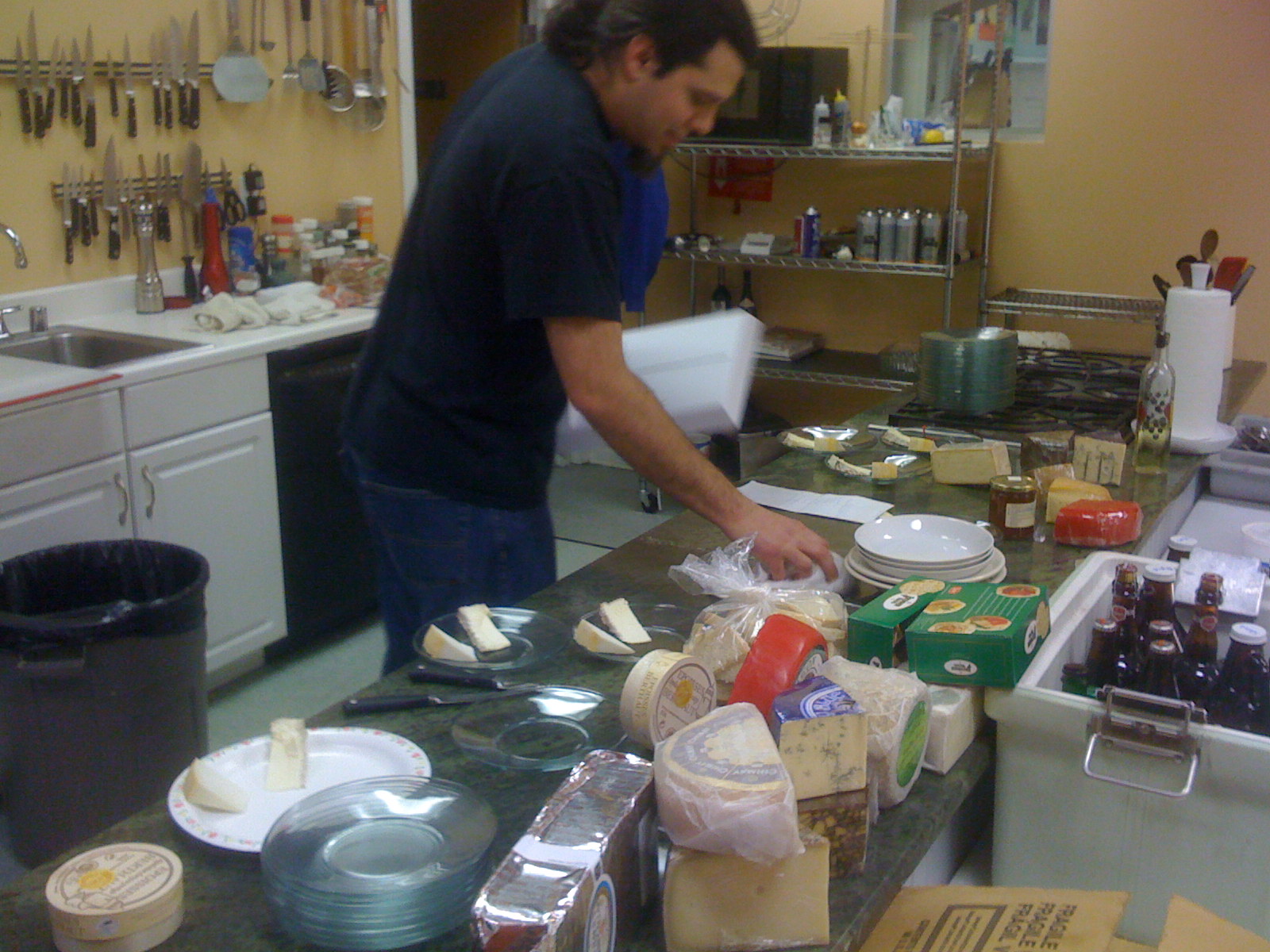 I’ll spare you the lengthier prelude, but last week Calvin began plotting an excellent cheese and beer evening at Pints&union; one of his friends will be a cheesemonger at the cheese shop in the forthcoming Logan Street Market, and while tasting details are yet to come, the point to this digression is a fellow named Will Eaves.

I began scratching my head and thinking about the many years passed since I last crossed paths with Will, with whom I helped stage two, maybe three cheese and beer evenings during the halcyon period before NABC’s Bank Street brewing project swallowed my life.

At the time Will was the cheesemonger at Lotsa Pasta, later taking a job at Kenny’s Farmhouse Cheese — and that’s when the trail gets cold. It left me curious about what he’s doing these days.

Sara Havens was not there and did not hear me explain all this to Calvin, but she promptly answered my question at Insider Louisville.

7 Questions With … Will Eaves, aka ‘The Cheese Dude’

Eaves works at Lotsa Pasta as a pasta maker and sales rep, and before that, he served as the store’s cheesemonger. In between those two positions, he left the company for three years to work for Kenny’s Farmhouse Cheese as an affineur (a person who ages/ripens the cheese).

That’s a “duh” moment for me. It’s probably been a year since we shopped at Lotsa Pasta, solely because the shop’s location lies outside our normal migratory patterns.

But the hell of it is that Will has been bringing Lotsa Pasta straight to us, and I haven’t been paying attention.

If you’ve been to the New Albany Farmers Market, you’ve most likely met Eaves behind the Lotsa Pasta booth, schlepping everything from lasagna to gouda.

Okay, so it’s also been a while since we browsed the farmers market; perhaps once this year. Echoing Yogi Berra, no one (read: we) goes there any longer because it’s too damn crowded.

How much lactose really is in cheese?