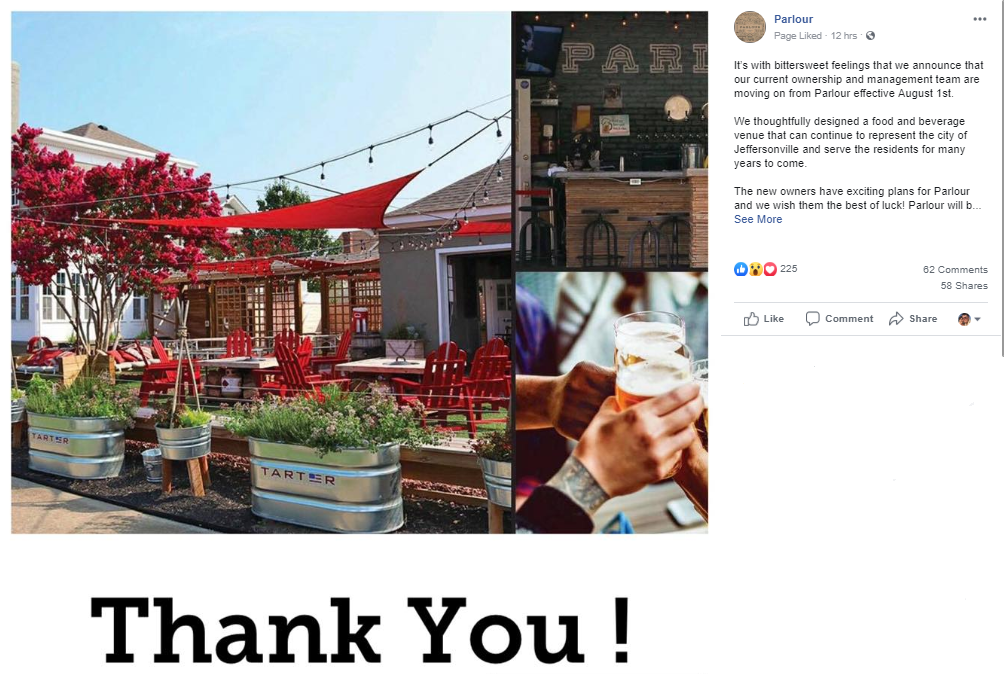 I like Parlour, and best of luck to them … well, whomever they are. Isn’t it a bit usual for an ownership changeover to be announced with so very little fanfare that the owners actually remain secret?

The business isn’t going anywhere after news broke Wednesday that the popular restaurant is under new ownership. In fact, plans are in the works to expand in several areas, including covered seating, pizza oven capacity and culinary offerings.

The new owners of Parlour, which Doers Investment Group opened in April 2017 and quickly became a hot spot with its outdoor beer garden at the foot of Big Four Bridge, are staying secret for now. But new general manager Tony Revak, the former bar manager who has been with Parlour since the beginning, promised changes are in the pipeline.