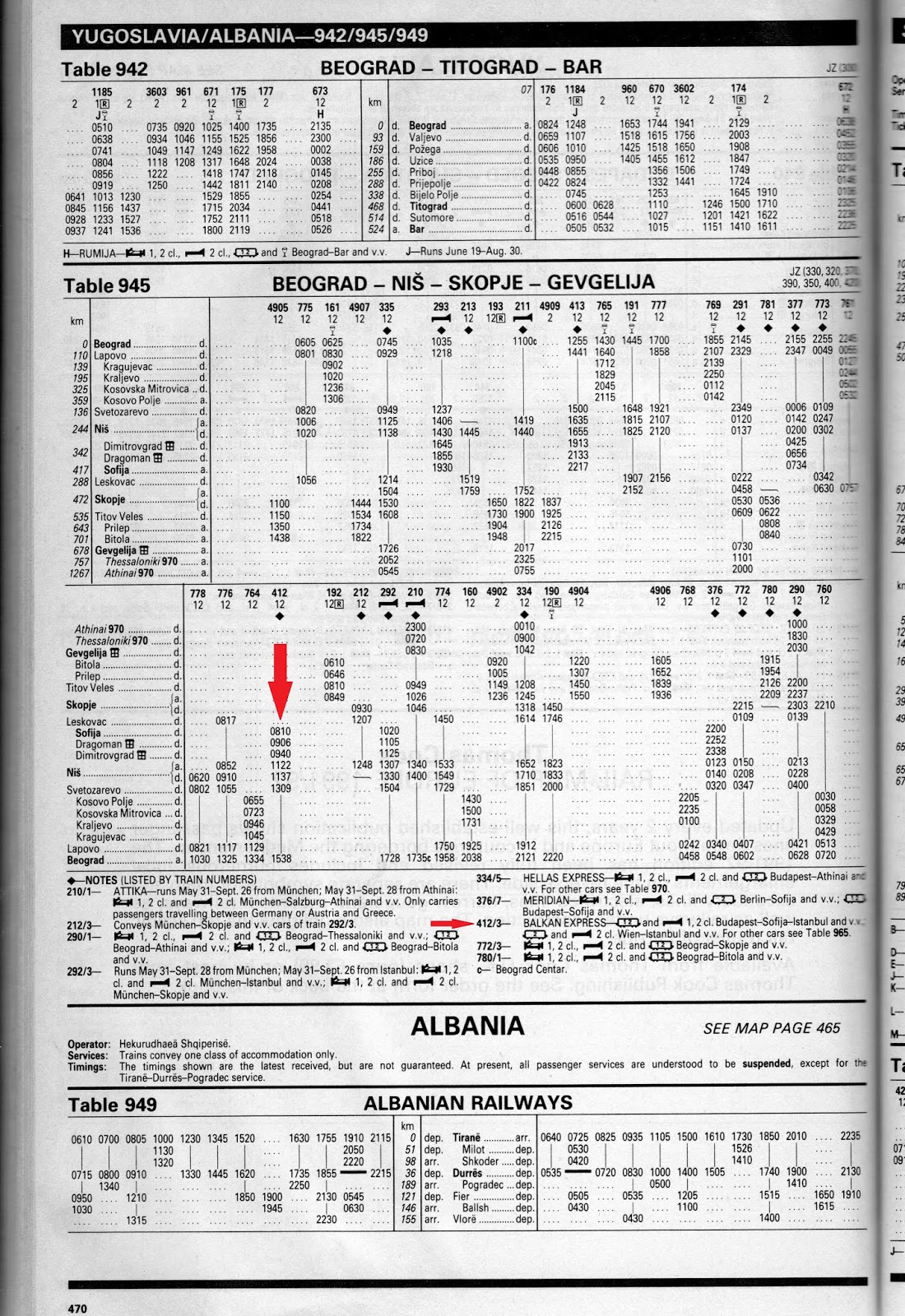 For today’s column I added the Thomas Cook European Timetable to the listing of the (now) 32 books that have influenced me the most.

With a copy of the timetable in hand and a Eurailpass in pocket, it felt like just about anything was possible. Cracking the code of symbols and supplementary notes was a rite of passage. It cannot ever be the same asking a smart phone or Alexa to plan the journey rather than poring over the minutiae with train station cafe beer in hand.

These days there are monthly digital editions and bimonthly print editions. Wikipedia has the whole story; here’s coverage of the guide’s return in 2014.

The InterRail bible returns: European Rail Timetable is back in print, by Will Coldwell (The Guardian)

Six months after being closed by its publishers Thomas Cook, former employees of the European Rail Timetable have brought the definitive, 140-year-old train guide back into print

Running close to 600 pages and listing around 50,000 trains, the Thomas Cook European Rail Timetable was long considered the InterRailer’s bible until it was discontinued in August 2013.

Now, thanks to the persistence of John Potter, one of its original staff members, the timetable has been relaunched as an independent guide after Thomas Cook agreed to hand over the rights to the publication.

The March edition of the timetable went back on sale last Tuesday and, in a testament to how much the timetable was missed by rail fans and travellers – it sold out just four days later.

For Potter, the response has been overwhelming: “We’ve had thousands of emails saying, ‘We’re so glad you’re back!’ One guy joked he had been taken off suicide watch, while another woman wrote in to say her husband was much happier now he had his monthly fix. Some people didn’t even realise it had been stopped. I could write a book out of all the comments.”

Five years later, it comes as absolutely no surprise to learn that the UK’s privatized rail companies, which are facing unprecedented criticism for poor performance — have pulled out of the Interrail and Eurail schemes.

“Either this shows the true Little Englander nature of the Tories, or how out of touch the rail companies are with the people. Or both. Either way it’s not good enough.”

Maybe this too will revert. Diana’s British, you know.