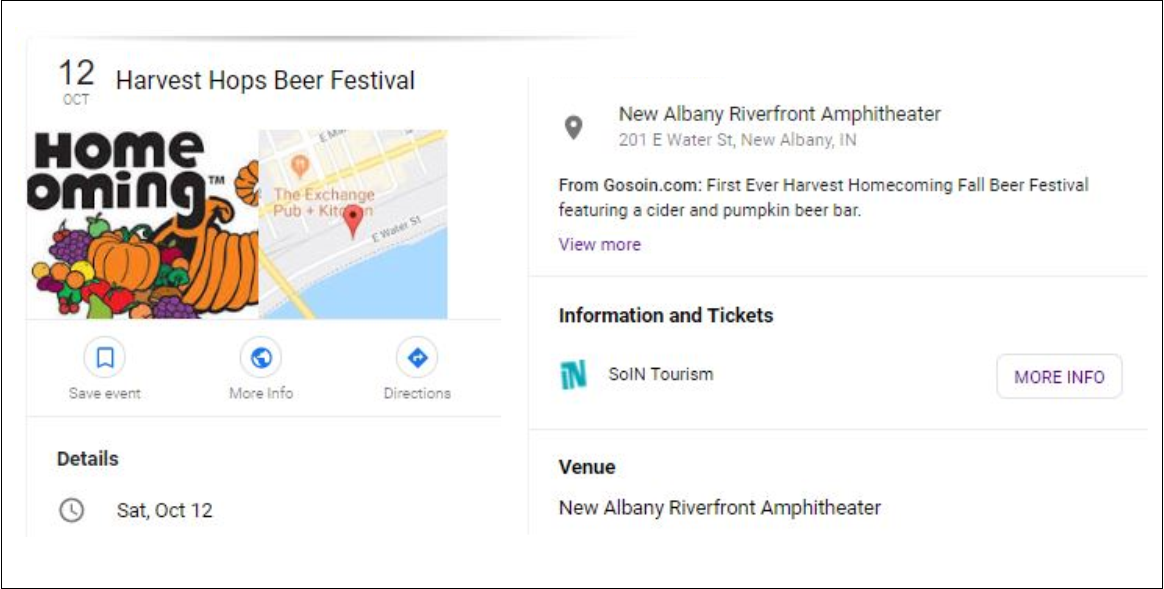 When a regular reader asked, he received this answer.

New this year is our Harvest Hops, which will be held on Saturday, October 12th from noon – 4:00. It will be held in the SUP party tent at the riverfront and will feature domestic and craft beers as well as a fall cider and pumpkin beer bar. We’re really excited about it!

In short, a fine pedigree and I’m happy to see it.

For many years, numerous people encouraged Harvest Homecoming to think along these lines. Four years ago when there was a brief, failed effort to mount “Biers on Parade” on behalf of the restaurant and bar association (itself a non-starter for reasons beyond the scope of this rumination), some of us discussed with Harvest Homecoming’s management this very idea of a beer festival within the larger event.

In retrospect, neither entity was ready for it at the time, but several important developments have occurred since then. Keg’s Fest of Ale moved to New Albany, which I think brought the right people together. Monarch offers a tremendous inventory for a beer festival like this. Perhaps most importantly, generational shift continues within Harvest Homecoming’s leadership ranks.

During a Facebook chat, Tisha said we have Harvest Homecoming’s chairperson Courtney Lewis to thank for being the impetus behind the inaugural Harvest Hops Beer Festival.

As such, let’s all thank Courtney for getting it done. I’m looking forward to see the format for year one.