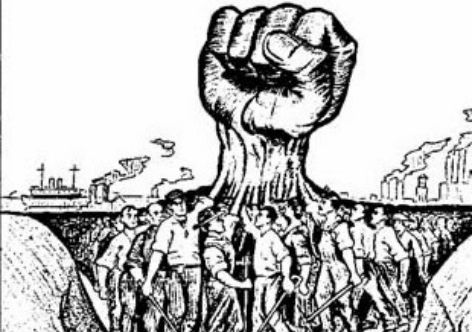 Just a wee bit of clarity, then some music, and finally a benediction. The content herewith is derived from past posts.

Labor Day is May 1, by Jonah Walters (Jacobin)

Today is a boss’s holiday.

… Tragically, our labor movement was never strong enough to buck the tyranny of capitalism for good. And today, with union membership in dramatic decline and workers under sustained attack from the political establishment, this militant past often feels like a distant, even irretrievable, memory.

But American workers did contribute at least one lasting legacy to the international movement for working-class liberation — a workers’ holiday, celebrating the ideal of international solidarity, and eagerly anticipating the day when workers might rise together to take control of their own lives and provide for their own well-being.

That holiday is May Day, not Labor Day.

Fathom the note on Woody Guthrie’s guitar, and follow the link to hear the songs.

In honor of Labor Day, I’ve revised a previous attempt at the impossible task of naming the best songs ever written about working people. The list is highly debatable; songs about work and working people cut across genres and generations. I know it’s a travesty to neglect “Which Side Are You On?” and Johnny Paycheck’s classic “Take This Job and Shove It.” It also seems impossible that I’ve excluded Bruce Springsteen, Billy Bragg, Nina Simone, and John Mellencamp, and given such short shrift to the rich history of punk rock odes to the insanity of wage slavery. Hopefully, these songs will get people thinking about their own favorite musical celebrations of the working condition. 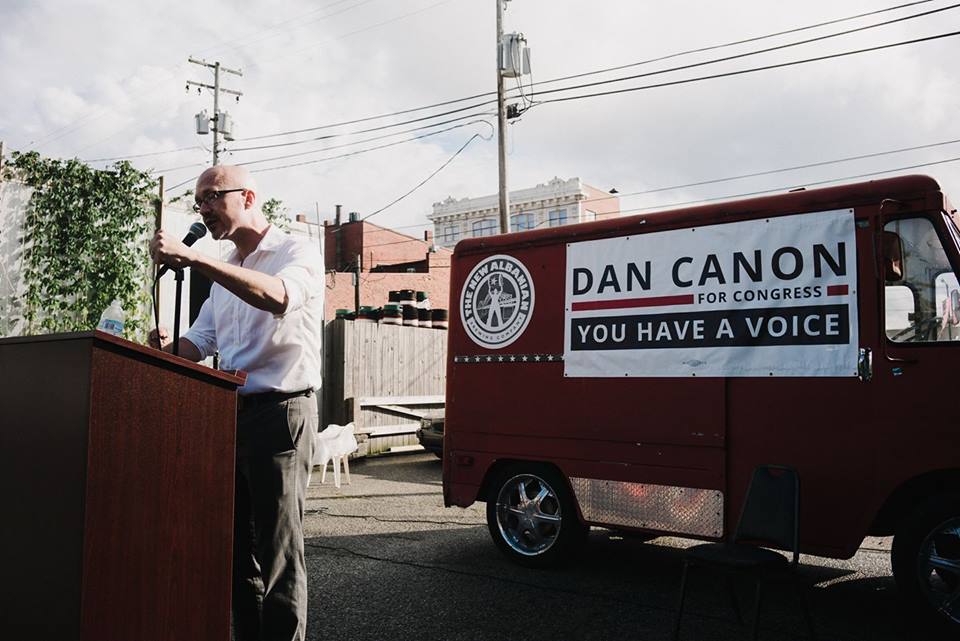 Dan Canon’s congressional campaign was in full swing on Labor Day, 2017, and the candidate (he lost in the 2018 primary) had cogent thoughts about Labor Day. Well, it’s about time someone around here did, and consequently, I believe they’re worth repeating.

A couple of thoughts about Labor Day:

I’ve represented workers against big business here in my community for a decade now. Union folks don’t often get to me, because they have a line of job protection that most American workers don’t have. Most of the employment protections non-union folks *do* have were also a direct result of the labor movement. Overtime pay, workplace safety rules, anti-retaliation provisions – these are all thanks to unions, and affect most workers whether they’ve ever paid dues or not.

The issues brought to the fore by labor unions are more important now than ever. As plenty of people have rightly pointed out, our insane wealth gap has just emboldened the rich to take even more, not to generously lavish the working class with raises and pensions, because almost no one is telling them they can’t. Labor unions tell them they can’t. So oligarchs over the last decade or so have been pretty brazen about trying to break the back of organized labor as a whole. They keep the concentration of wealth at the top from getting even worse, and the top is pretty adamant that they’d *like* for it to get worse.

But it’s too simplistic to say that the effort to gut unions is just based on greed. It’s also part and parcel of the GOP/new-American-fascist agenda. Down here, if we are organized, we are a threat to the top. The more and better we are organized, the more of a threat we pose. And so naturally, the more divided we are, the less a threat we pose to an increasing concentration of wealth and power at the top. In fact, if we are very divided, we might not even notice such concentration at all. We might deny that it exists. We might think it doesn’t affect us. We might not have time to care.

This is why there’s a concerted effort to divide us up. Black v. white, Christian v. Muslim, straight v. gay, cis v. trans, etc. It makes us disorganized. Unfocused. Weak.

Where would you start a campaign of disorganization, were you to run one? Who would be among your primary targets? I bet one would be: the folks who have already known how to organize and get results for more than a century.

That’s the reason we see our friends, families, and neighbors in the labor movement under attack. It’s not just about making a few more dollars at the expense of someone else’s hard work. It’s about perpetuating divisions and preventing the amalgamation and galvanization of those of us down here below.
Let’s all buy a drink for a union member and tell ’em we’ve got their backs. They’ve had ours for more than a hundred years.