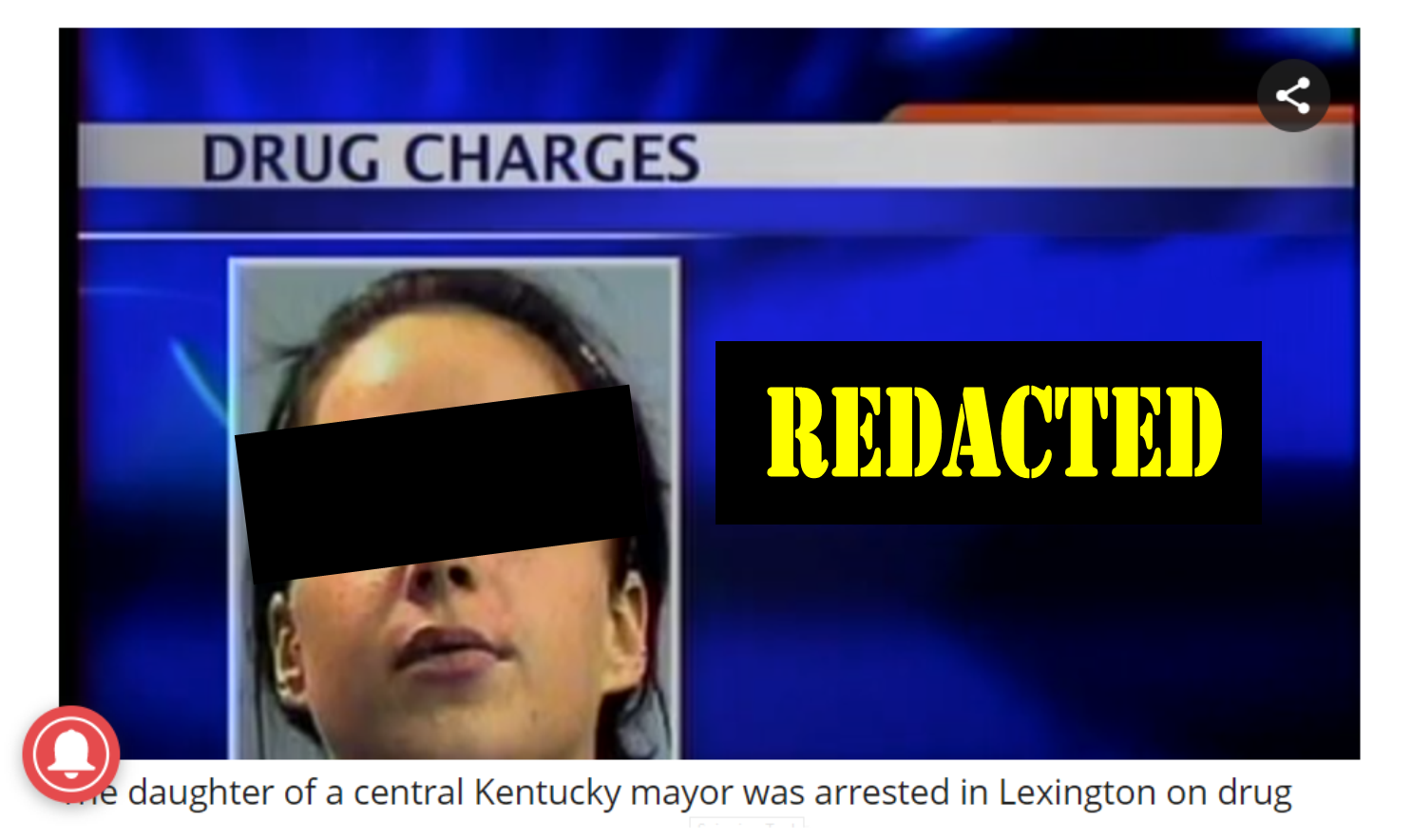 Versailles is a city with fewer than 9,000 residents. Fred Siegelman appears to have been the all too familiar “mayor for life” type with at least three full terms before resigning in 2013. He appears to have been elected to city council in 2018. For all I know he was a competent mayor, seemingly theatrical, but that’s hardly uncommon. All of the following is a matter of public record, albeit dated — and be aware that this blog supports the legalization of marijuana.

The daughter of a central Kentucky mayor was arrested in Lexington on drug charges Wednesday. Rachel Siegelman, 19, is the daughter of Versailles mayor Fred Siegelman.

Police say she was arrested just before noon for selling marijuana and LSD on UK’s Lexington campus. The arrest was part of a week-long sting UK police had set up.

Siegelman was in court via a live video stream from the Fayette County Jail Thursday. She pleaded not guilty, and was released on bail to her parents with the condition that she’d be under constant surveillance.

This Siegelman was not the first to be in trouble with the law–the mayor himself pleaded guilty to DUI charges in February.