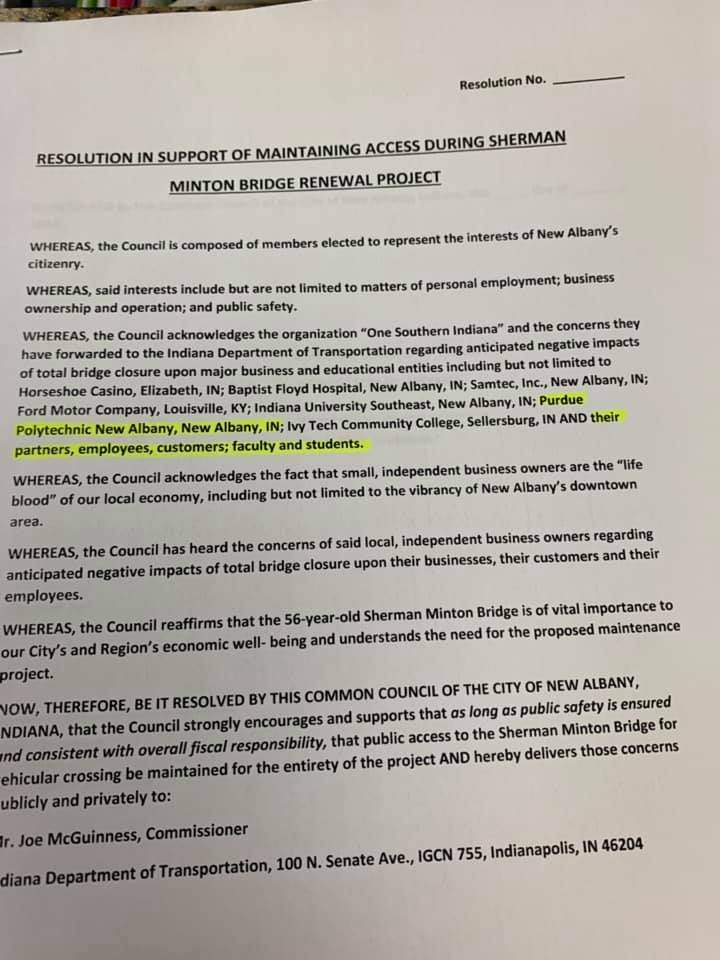 I haven’t been to a city council meeting in a while, primarily because previous experience has taught us that when elections draw near, the body’s politicization reaches a fever pitch — as it has with the fireworks ordinance hijinks and Payhan’s veto.

However, there’s a resolution on tap this evening that might prove to be genuinely useful, albeit non-binding.

It’s always nice to see David Barksdale climbing down from the Reisz Mahal scaffolding to consider measures that pertain to human beings, as opposed to cornices.

I wrote this resolution and am presenting it for debate and hopeful approval at council’s September 5 meeting; 7:00 p.m. in the third floor assembly room of the City-County building (highlighted areas only show recent edits, not of greater or lesser importance). Resolutions are non-binding but I believe it’s imperative that we voice collectively to INDOT that this project, while necessary, will have major impacts upon our citizenry and economy. If you’d like to be heard on the matter I encourage you to come and opine- you’ll need to sign up prior to the meeting’s start.

Council Democrats have been instructed by their party “leader” Tricky Dickey to obstruct anything that comes to them from Republicans. The vote on this resolution should be unanimous in favor.